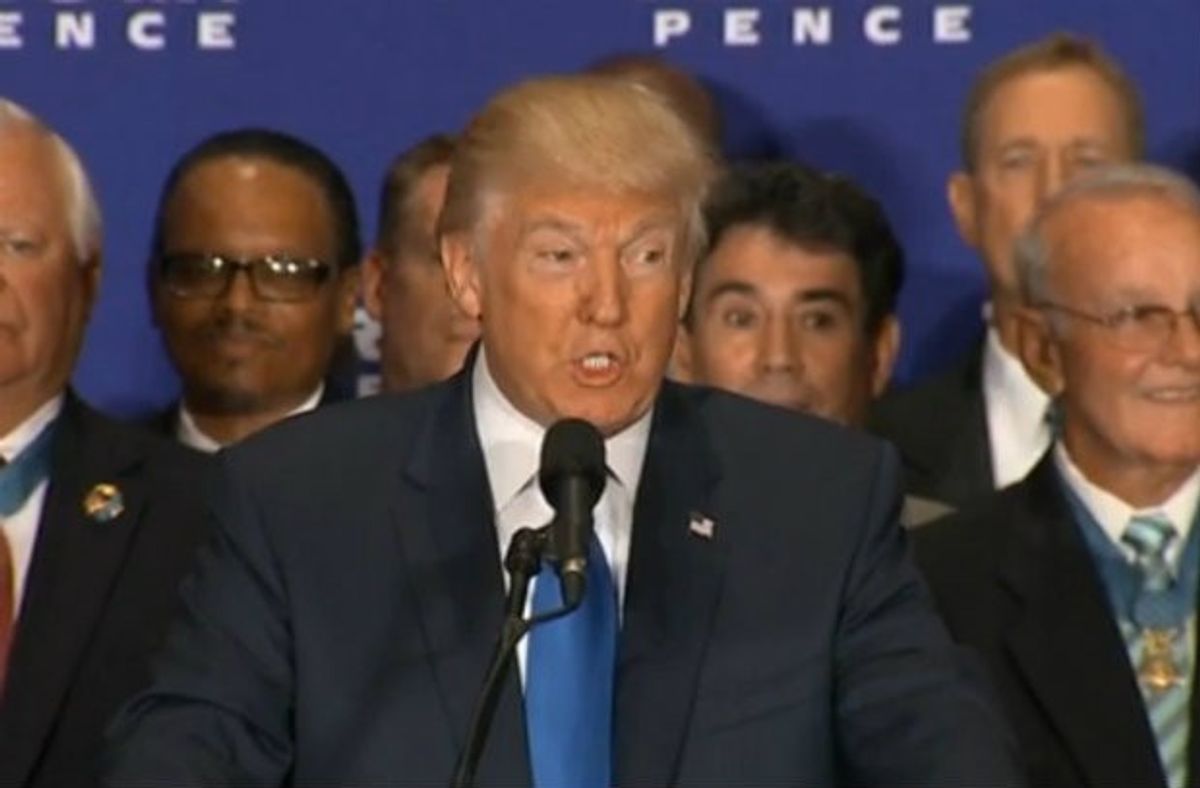 It is not an exaggeration to say that Donald Trump built his political profile on the rotted foundation of the racist “birther” conspiracy theory. Birtherism posits that Barack Obama was really born outside of the country (Kenya is the most frequently cited location for his “true” birthplace) and thus is ineligible to serve as president of the United States. It was a theory that was largely confined to the conservative fringes until Trump made his personal cause in 2011, just as the 2012 election season was gearing up. He would appear on TV and lay out “evidence” culled from disreputable websites regarding Obama’s supposedly fraudulent birth, and he even claimed to have sent a team of investigators to Hawaii to dig up more clues. (There is no evidence he actually sent anyone.)

The whole fiasco came to a head in April 2011, when the White House released the president’s birth certificate. Trump claimed victory, but kept on pushing the birther conspiracy, claiming that the document had been forged and demanding Obama produce additional records to prove his citizenship.

Trump’s dogged efforts to question the black, Democratic president’s heritage were met with benign neglect or active encouragement by influential segments of the Republican Party and the conservative movement. Mitt Romney sought and graciously accepted Trump’s endorsement in 2012. Fox News’ Sean Hannity gave Trump challenge-free forums to expound on his birther theories, while Hannity’s colleague Eric Bolling directly questioned the authenticity of the president’s birth records. It was Trump’s birtherism that first made him a force in nativist, right-wing politics.

And today, he tried to get away with the most brazenly dishonest revision of political history that we’re likely to see for some time. After successfully tricking much of the political press into attending the grand opening of his new property whose name I’m not going to write, Trump issued a brief statement on his defining legacy as the most prominent racial conspiracy theorist of the 21st century: “Hillary Clinton and her campaign of 2008 started the birther controversy. I finished it. I finished it. You know what I mean. President Barack Obama was born in the United States, period. Now we all want to get back to making America strong and great again.”

Lies on top of lies on top of lies. Hillary Clinton’s campaign did not start the birther controversy. Donald Trump did not finish the birther controversy – he spent years keeping it alive after it had been conclusively debunked. Trump questioned the authenticity of Obama’s birth certificate on CNN in 2012. He tweeted that “Israeli science” proved it was a forgery. In July 2015, he told CNN he didn’t know if Obama was born in the U.S.

Thus we had the grotesque spectacle of the Republican presidential nominee congratulating himself for putting an end to the racist conspiracy theory that he leveraged to transform himself into a political hero to the nativist right. He’s expecting an attaboy for stating in plain terms the uncontested fact of the president’s citizenship, which was at issue only because he spent five years lying about it.

Today was one of the many troughs in an election cycle that seems stubbornly resistant to peaks. The birther farce was “an embarrassment to the country” five years ago, and that embarrassment has only been compounded by the fact that the nation’s chief birther hijacked a major party and tried gaslighting his way out of the reprehensible viewpoint he held as recently as yesterday.

But if you’re bound and determined to search for anything resembling a silver lining, there’s this to consider: back in 2011, Donald Trump said that he would release his tax returns once Barack Obama released his birth certificate. Obama, of course, did release his birth documents, but Trump insisted they were forged, thus giving him a loophole to avoid the tax disclosure. By stating unequivocally that Obama was born in the United States, Trump closed that loophole, which technically means he’s now fully obligated to release his returns.

But, then again, Trump’s a liar who can't be held to his word, so… I got nothing.