Populism has had the limelight in this year, but many are still making a huge mess of its meaning 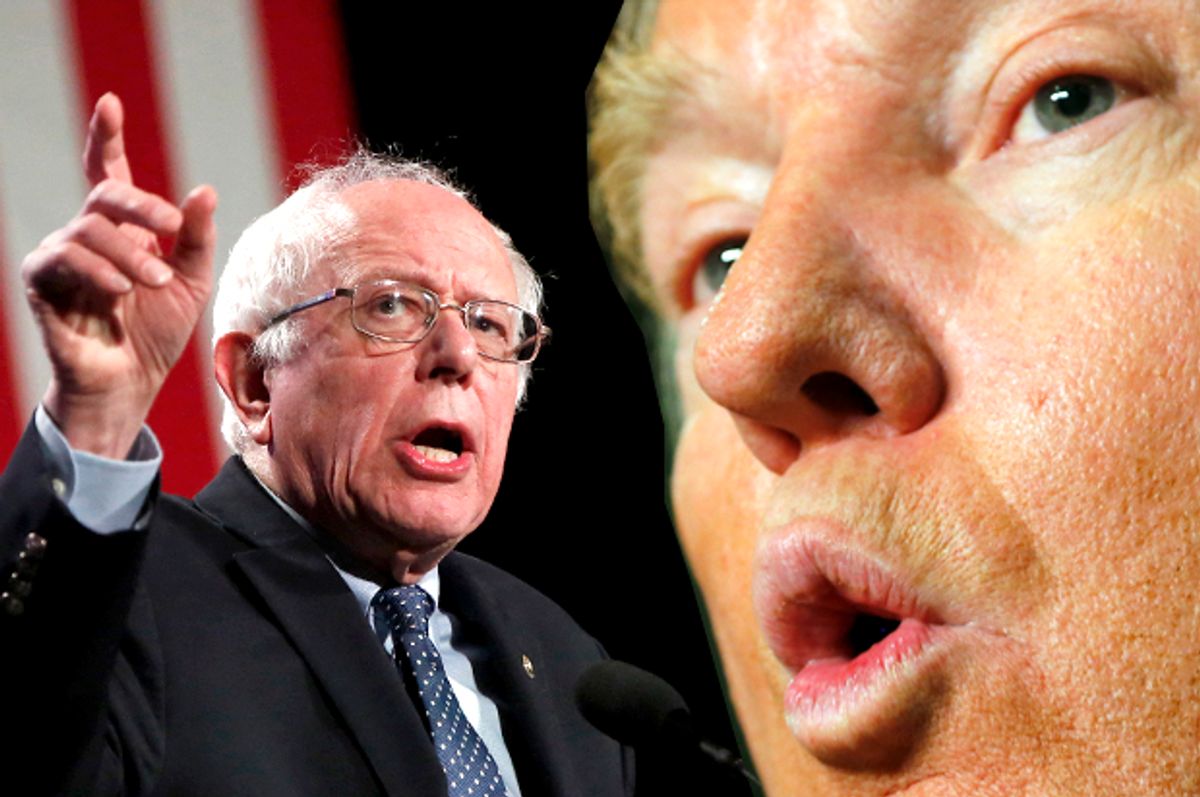 In a recent interview on “CBS This Morning,” former president Bill Clinton shared his thoughts on populism, a term that has caused endless confusion and a great deal of debate over the past year due to the rise of two very different populist candidates, Sen. Bernie Sanders and Donald Trump. Clinton remarked that the Democratic Party is more populist and left-leaning today than it was when he was president, which prompted CBS host Charlie Rose to ask what the president meant by populist, a word frequently used to describe Trump.

“There’s all kinds of populism,” replied Clinton. “There’s positive populism and negative populism. The Know Nothing movement was a populist movement. You know, it was — basically gave birth to the Klan and all that. But it was a populist movement .… But Bernie Sanders, I think, was a much more positive populist. That is, he wanted to do things. He had an affirmative agenda, and so did Hillary. And they argued about which one’s was better.”

Coincidentally, progressive radio host and columnist Jim Hightower adamantly rejected the populist label for Trump in an article published on Salon a few days earlier, arguing that real populists embrace democratic values and egalitarian justice, not the nativism and bigotry that Trump has skillfully exploited for political gain (as the Know Nothings did in the mid-19th century).

“Populism — a luminous term denoting both an uplifting doctrine of egalitarianism and a political-economic-cultural movement with deep roots in America’s progressive history — has been routinely sullied throughout 2016 by elites misusing it as synonym for ignorance and bigotry,” writes Hightower, who contends that populism is not a style, but a “historically grounded political doctrine that supports ordinary folks in their ongoing democratic struggle for power over their lives.”

There is a lot of truth in what Hightower writes, and the media’s liberal use of the term over the past year has been puzzling for a lot of people — which has consequently led many to write it off as a meaningless buzzword parroted by the mainstream media to discredit any kind of anti-establishment movement.

But, as Hightower notes, there is a long history behind the word, and it is far from meaningless. At the same time, however, it is not entirely accurate to call it a “grounded political doctrine” either. Populism is not a political ideology like socialism or liberalism, and it is not explicitly left- or right-wing.

Indeed, some of the most famous populist figures in American history have embraced both progressive and reactionary causes. Consider William Jennings Bryan, who railed against big banks and corporations in his populist presidential campaigns in 1896 and 1900. Bryan’s success was a big driver for the progressive reforms of the early twentieth century, and he was also a prominent supporter of women's suffrage. Yet the secretary of state was also a reactionary on issues like science and education (he was a fierce opponent of teaching evolution in school, and argued for the prosecution at the infamous Scopes Trial), and a prominent advocate of alcohol prohibition and what would eventually become the war on drugs. Another famous populist, Huey Long, enacted many progressive reforms in Georgia, and was beloved by the people — yet many critics labeled him a dictator, a demagogue, and even a fascist (this was and remains an unfair charge) — Long was one of the few Southern politicians of his day who did not exploit any kind of racial resentments, nor did he scapegoat African-Americans or Jews).

Other prominent populists have been more firmly grounded in progressive or reactionary politics, including figures like Eugene Debs, Franklin Roosevelt, and Bernie Sanders on the left, and George Wallace and Donald Trump on the right. Progressive and reactionary populists obviously don’t share an ideology or a philosophy, or even a unique style. What makes them “populist” are the anti-elitist themes that run through their politics, and their claims to represent and fight for the people.

Of course, this simply leads to more questions. Who qualifies as an elite, for example? If you ask a Trump supporter, he will most likely tell you that the biased media, the liberal university professors and the experts with fancy post-grad educations are America’s elite. On the other hand, a Sanders supporter would probably argue that the billionaires and corporate executives are the ones with real power (which is supported by evidence).

When it comes to the people, right-wing populists like to use the term “real Americans,” a subtle way of saying white Christians in middle America without a college education — or as Trump supporter and reality-TV personality Willie Robertson put it at the Republican National Convention, “regular folks … who like to hunt and fish and pray and actually work for a living” (unlike latte-sipping liberals, who sit around in cafés all day debating postmodernism!). For progressive populists, in contrast, the economic is once again central to the question of power relations, and the people typically denotes the economic majority (i.e., the 99 percent).

Populism, then, is not a political doctrine, but a political disposition. As Clinton said, it can be positive or negative, and it can also be realistic or unrealistic, inclusive or exclusive, intellectual or anti-intellectual, and so on. In the second decade of the 21st century, there is no doubt that populism has made a comeback in our politics — both nationally and internationally — but whether the progressives or reactionaries will rival the neoliberal establishment in the future is still very much uncertain.