Goodbye to all @: Twitter is all yours, trolls — I've had enough

It's been an awful year on social media. Filtering didn't help. I left Twitter a week ago and haven't looked back 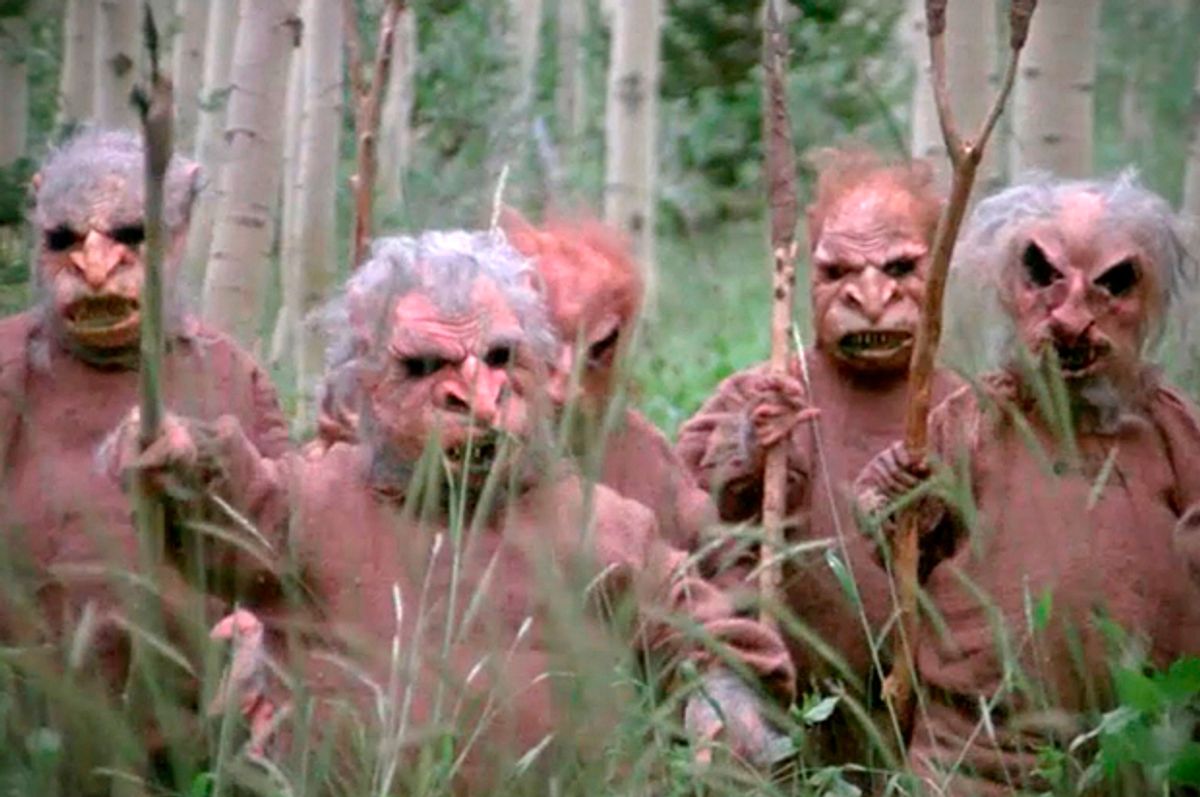 I can't decide yet who won — the trolls or me. It's still too soon to tell. All I know is that's it been a week so far since I bailed on Twitter and I feel fine.

I love social media. I hate social media. You too? Over the years, I've been perpetually readjusting my relationship with it, working hard to avoid the creep of saturation. I'm not on Snapchat or LinkedIn either. You couldn't drag me into a comments section.

After I was first diagnosed with cancer six years ago, I all but stopped adding friends on Facebook, and I've regularly culled my friends list ever since. It's my most intimate online hangout space, a place I reserve just for people I have real relationships with. Keeping my friends list in the low digits, my privacy settings relatively tight and almost never commenting in public groups also mean that it's harder for the randos to communicate with me there. I like Instagram, mostly for pictures of food, places I can't afford to travel and Princess Monster Truck — but I am aware what a cesspool that site can be as well.

When you work at home, Twitter makes for an excellent watercooler. I have for years skated by on the illusion that the bright, witty, passionately engaged people I follow there are somehow my colleagues, the comrades I can make daily conversation with about politics and television and health.

I have even been lucky enough to make a few offline friends and work contacts through it, one of whom I'm going out for beers with tonight, in fact. If you come to Twitter because you like smart, opinionated people who can also make you laugh, you will not be disappointed. And it's free! The only cost is a steady stream of crap from the worst dregs of humanity.

I got on Twitter in the spring of 2008. I don't recall how soon afterward I was first called an ugly bitch, but to my recollection it took a while. Sure, every now and then there'd be an unpleasant mention in my feed or aggressively unsolicited feedback from an opinionated egg avatar. But I never seriously reconsidered my presence until a few years later, when I wrote a Salon story that negatively referenced a well-known media misogynist.

Said blowhard used his platform to issue a snarky rebuttal, and within moments I was getting rape and death threats — as in, I'll come to your house and murder you. I had been in the thick of a crowd at a concert at the time the responses started pouring in, and I remember being overwhelmed with a feeling of paranoid dread. Suddenly, it felt as if anyone in that throng could be someone who actively wanted to hurt me.

And not just me, I hasten to mention. When you look through a  troll's timeline, you rarely see a single focused target.

Nope, trolls often spew in all directions like lawns sprinkler of vomit. Usually cloaked in their anonymity (although sometimes emboldened to keep it real), Twitter's dedicated trolls yell at strangers all day like it's their job. (There's a physician who goes by his real name and likes to tell Hillary supporters what c__ts they are.) Even when I got into a perfectly civilized disagreement with a male public figure, a swarm of his supporters swiftly smelled a fight and descended to tell me to die.

Over the years I've been monitoring Twitter's troll problem, because Twitter's troll problem hasn't improved. I've watched other people — most frequently female — face harrowing threats to their safety. I've followed the crap that Feminist Frequency's Anita Sarkeesian has endured for openly talking about sexism in the gaming world. I watched when tech editor Holly Brockwell had to temporarily disable her account "due to the number of creepy, abusive threats she got, mainly from men" after she wrote a story about not wanting to have children.

I've also allowed my hopes to rise when it seemed like Twitter might be taking serious strides toward rectifying its abuse issues and removing the worst offenders, and when public officials have recognized that threatening someone online is still known, in legal circles as, threatening someone.

But this has been a year to drain a person's optimism. This summer actress Leslie Jones went through such an outrageously ugly torrent of disgusting racist and sexist abuse that she briefly left Twitter — right at the height of an otherwise peak moment in her career.

At least she got to turn her whole fiasco — which included a hacking of her site — into an Emmy joke this past weekend, telling the representatives from Ernst & Young, "Since you good at keeping things safe, I got a job for you: My Twitter account. Put that in the vault, please."

Last month Fifth Harmony's Normani Kordei took a leave from Twitter after she said she'd been "racially cyber bullied with tweets and pictures so horrific and racially charged that I can’t subject myself any longer to the hate."

Like others, including Arthur Chu, who's written eloquently of his Twitter ambivalence, I've taken my share of mental health breaks. Last year I went on a social-media fast that helped me gain balance and serenity in my online life. And last month I went on a weeklong vacation and barely looked online at all the whole time.

But this time when I returned, I didn't feel as eager to see the familiar faces who enlighten and entertain. I just dreaded the inevitable nastiness. I didn't have to wait long to get it. And when another female writer posted that if Twitter didn't take more dramatic action to curtail abuse, she doubted that she'd still be active on it a year from now, I thought, What am I waiting for?

Then last week, I woke up one morning to some not especially egregious but definitely hostile overnight reactions to something I'd written and decided I'd had enough. Always late to the quitting Twitter trend, that's me.

I am strict in my online curation and I am grateful for the filter option that does somewhat effectively screen out what Twitter calls "lower-quality content." I'm not interested in getting in fights or RTing the haters, and I don't care to follow people who do. I block robustly. But the ugliness of this year, the pure, gloves-off hatred on constant display — and God knows, not just on Twitter — is not healthy for anybody to voluntarily put up with unchecked.

In July, author Jessica Valenti announced on Twitter, "This morning I woke up to a rape and death threat directed at my 5 year old daughter. That this is part of my work life is unacceptable.  . . . Law enforcement needs to get their shit together on online threats. Social media companies need to f__king do something."

Valenti continued: "In the meantime, I'm taking a break from social media. I don't know how long. I just know that I can't live like this. It's too much."

She returned to Twitter earlier this month. As someone who's been told her daughters deserve to be raped, I understand why she left. And I get why she returned, too. There's a lot about Twitter and social media in general, that's terrific. But as Andrew Sullivan writes this week of his reasons for a digital detox, sometimes enough is just enough.

I am genuinely concerned about what happens when reasonably normal, non-screaming people — especially people who aren't white males — abandon a conversation. I think a lot about the potential consequences of social media being overrun with bullies. And I'm from New Jersey; nobody pushes me around.

After having spent 20 years in online communities, I also understand that keeping the trolls at bay is a job even Hodor couldn't handle and that this one lady's absence isn't a movement. But I've spent my adult life trying, in my own small way, to be more signal than noise. And being persistently subjected to threats and abuse and just plain idiot drool is not what one would call a "user-friendly" experience, nor is it, by the way, what the founding fathers had in mind with the freedom of speech thing.

I wouldn't keep going to a restaurant that yes, often has great food but also regularly serves up plates of garbage. And when a business fails its customers, the customers leave.