Clinton's message "directly to white people" following Terence Crutcher shooting: “How many times do we have to see this in our country?”

“In Tulsa, an unarmed man with his hands in the air. This is just unbearable. And it needs to be intolerable” 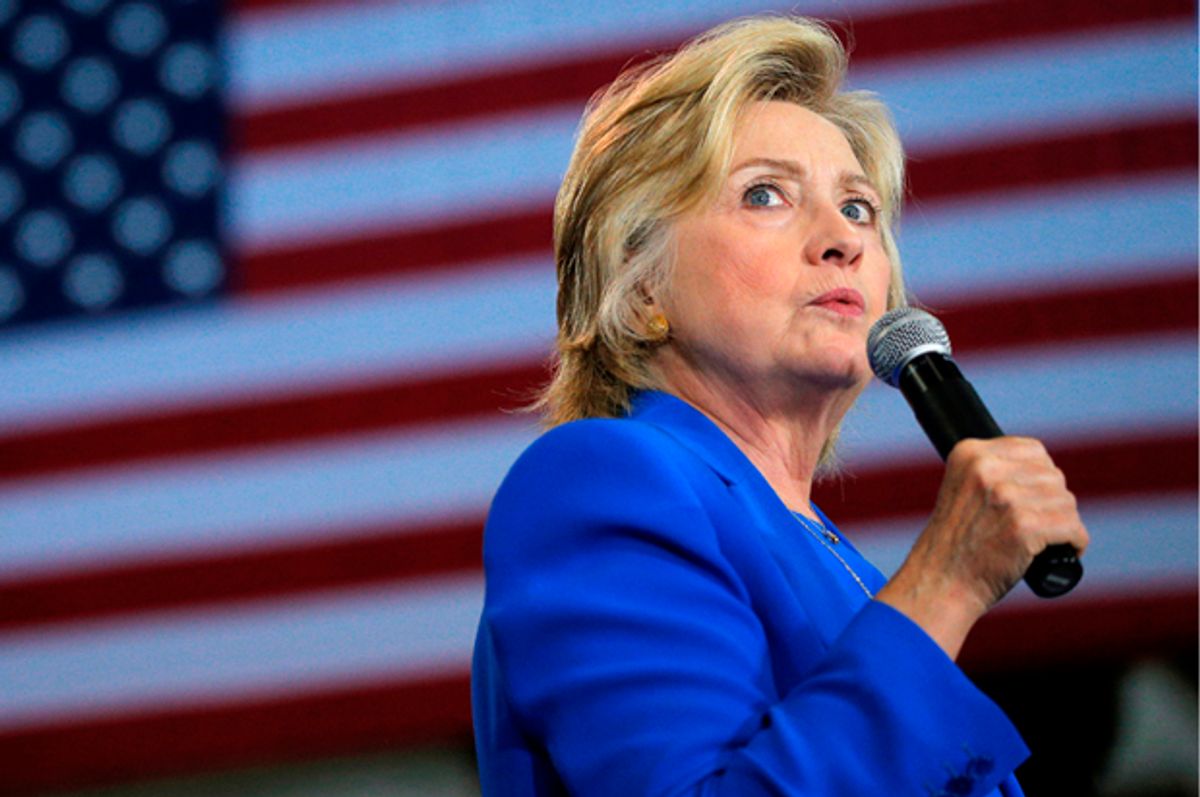 Last Friday in Tulsa, Oklahoma, Terence Crutcher, a 40-year-old unarmed black man, had his hands up when police officers pulled out their weapons against him. Officer Betty Shelby fired a single shot, killing the father of four who was reportedly on his way home from a music-appreciation class at Tulsa Community College when his car broke down in the middle of the street, his family has said.

Video from police helicopter footage of the shooting features Officer Dave Shelby, husband of Betty Shelby, saying of Crutcher: "Looks like a bad dude, too. Could be on something."

While according to the New York Daily News, Betty Shelby’s dash cam was never activated because she never turned on her vehicle's top lights or sirens, aerial footage and other dash-cam video of the shooting has prompted the U.S. Department of Justice to open an investigation into the incident for possible civil rights violations. The Tulsa Police Department has also opened a criminal investigation into the shooting.

WARNING: This video contains graphic content and may be upsetting to some viewers.

"This horrible shooting — again. How many times do we have to see this in our country?” Democratic presidential nominee Hillary Clinton said of the Crutcher shooting on Tuesday. During an appearance on "The Steve Harvey Morning Show," Clinton addressed her concerns about the police shootings of unarmed black people "directly to white people."

“Maybe I can by speaking directly to white people say, ‘Look this is not who we are,’” she said. “We’ve got to do everything possible to improve policing, to go right at implicit bias."

“We gotta tackle the systemic racism," she continued. “In Tulsa? An unarmed man? With his hands in the air? I mean, this is just unbearable and it needs to be intolerable.”

"We have got to rein in what is absolutely inexplicable, and we’ve got to have law enforcement respect communities and communities respect law enforcement because they have to work together,” she explained to Harvey. “We’ve gotta change laws to protect people, to protect everything about them, and we’ve got to be a clear and loud voice for our society being what it should be: the city on the hill striving for the more perfect union,” she continued.

And Clinton concluded that while there are "good, honorable, cool-headed police officers," citing the ones that successfully apprehended the New York City terrorist suspect in New Jersey on Monday, she said, "We can do better."

We white Americans need to do a better job of listening when African-Americans talk about the seen and unseen barriers you face everyday. We need to recognize our privilege and and practice humility, rather than assume our experiences are everyone's experiences.