Watch and weep: "This Is Us" will give you something to cry about

A drama that is hooked on making us feel, NBC's "This Is Us" has questionable quirks but elicits strong emotion 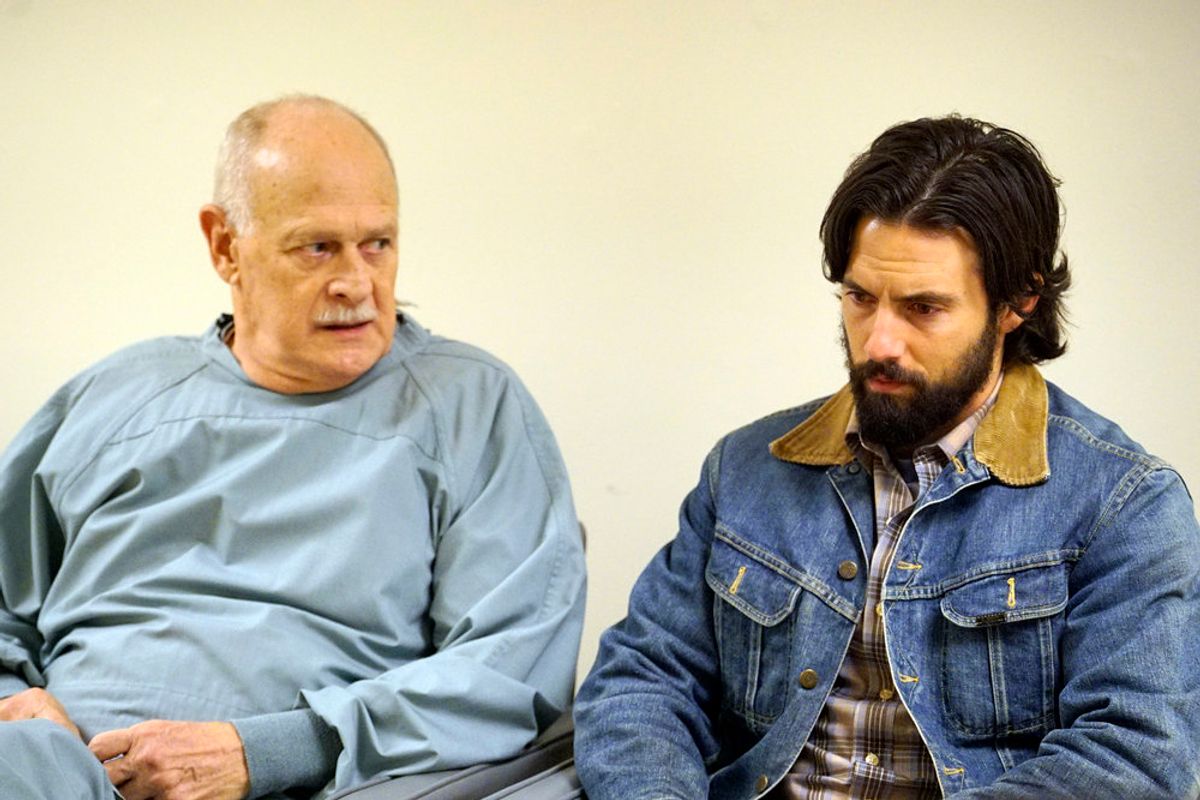 There are times when television serves a gentle reminder that parts of my soul have fossilized or if not that mostly atrophied. Usually it happens every few seasons when a series touted as sooo very poignant and full of feeling, a show designed to make the audience shed tears by the end of each episode, joins the schedule. I call these “cry dramas,” and the latest is NBC’s “This Is Us,” premiering at 10 p.m. tonight and switching over to its regular 9 p.m. time slot beginning on Oct. 11.

A certain kind of viewer is going to love “This Is Us,” specifically those for whom the demise of “Parenthood” was an event worthy of pouring out a bottle of old-vine pinot 'round the old apple tree. While nothing could legitimately replace those weekly visits with the Bravermans, “This Is Us” creator Dan Fogelman deserves credit for perfecting a new formula guaranteed to elicit a comparable cathartic buzz with a series of stories that appear to be tenuously connected at best but, as we eventually discover, intertwine in ways we may not expect.

The structural shenanigans of “This Is Us” are impressive, even to those us of whose tear ducts have sealed shut. (Guilty as charged!) One can’t help but appreciate the twists that Fogelman and his fellow executive producers Glenn Ficarra and John Requa have integrated within the premiere and how well the script showcases the impressive talents of Milo Ventimiglia, Emmy winner Sterling K. Brown, Gerald McRaney and Mandy Moore. They really are in top form here.

This is especially true of Brown, who makes his character Randall into a swirling ball of internal conflict, which is somewhat sharpened by his knowing it’s his birthday. Elsewhere a TV sitcom actor named Kevin (Justin Hartley) approaches his special day with similar complexity, as does a single woman, Kate (Chrissy Metz). The only one who embraces his annual celebration with an iota of zest is Jack (Ventimiglia), a man whose wife Rebecca (Mandy Moore) is pregnant with triplets.

To reveal anything beyond their shared birthday would spoil the various surprises revealed as the opening hour of “This Is Us.”  This, in turn, may impair someone’s ability to get his or her bawl on with maximum potency.

Know this: There is absolutely nothing wrong with a cleansing boo-hooty-boo before bedtime. Heaven knows I’ve enjoyed my share. Tougher to abide, however, are plot developments intentionally designed to reach inside our rib cages to work our vulnerability like a dish sponge after dinner. If those moments legitimately take me by surprise, fine. But when I see them coming, a protective sheet of cynicism high as the Wall in Westeros rises up to protect my soul.

So while I will not reveal specific details about “This Is Us,” those viewers who are intensely invested in weeping with abandon may want to stop reading this right now.

You see, Fogelman, Ficarra and Requa also collaborated on “Crazy, Stupid, Love,” and they have employed many of the same storytelling devices in their new NBC drama as they did in that film. Meaning, we walk through separate stories of very different but pleasantly privileged people, each steered by disparate challenges and influences. Eventually they all come together in a somewhat unpredictable fashion — that is, unless you’re skilled at picking up small details telegraphed in a number of scenes.

Applying this tactic to the introduction of “This Is Us” generates a lot of pleasant humor and cozy empathy that thwacks a person squarely in the emotional tenders. Each of the characters is boxing the same existential doubts many of us feel on certain birthdays about the choices we’ve made, and where life has taken us, and that makes them immediately embraceable.

And admittedly, when the story keeps us wondering about who these people are and plays with our preconceived ideas about life, fate and identity, “This Is Us” can feel magical. But as is the case with “Crazy, Stupid, Love,” some of these arcs are more interesting than others. Metz’s is distressingly awash with problematic messages about food and fat shame, somewhat impairing my ability to savor the raw sincerity in her performance.

The pilot’s climactic moment either cements the viewer’s desire to buy in or drives her away completely, which could prove to be a fatal flaw. It’s so huge, in fact, that it hints that “This Is Us” could transform into something of a weekly mystery machine, inviting viewers to guess at the next reveal and the next and the one after that. Signature quirks have a brief shelf life on television, and those informing so much of the specialness of “This Is Us” are in danger of growing tiresome and emotionally manipulative in short order.

One assumes the producers are aware of this and intend to use this strategy sparingly. “This Is Us” might also be helped by its prestige potential and the fact that there is nothing else like it on broadcast television right now. Provided that future episodes can maintain the pilot’s quality, the show should earn the time it needs to connect with an audience willing to fall under its sob-inducing spell. Granted, that viewership probably won’t include someone like me; I am partly dead inside. But I'm counting on Fogelman and his partners to give it their best shot.

Cry Drama Feelings Nbc Parenthood This Is Us Tv