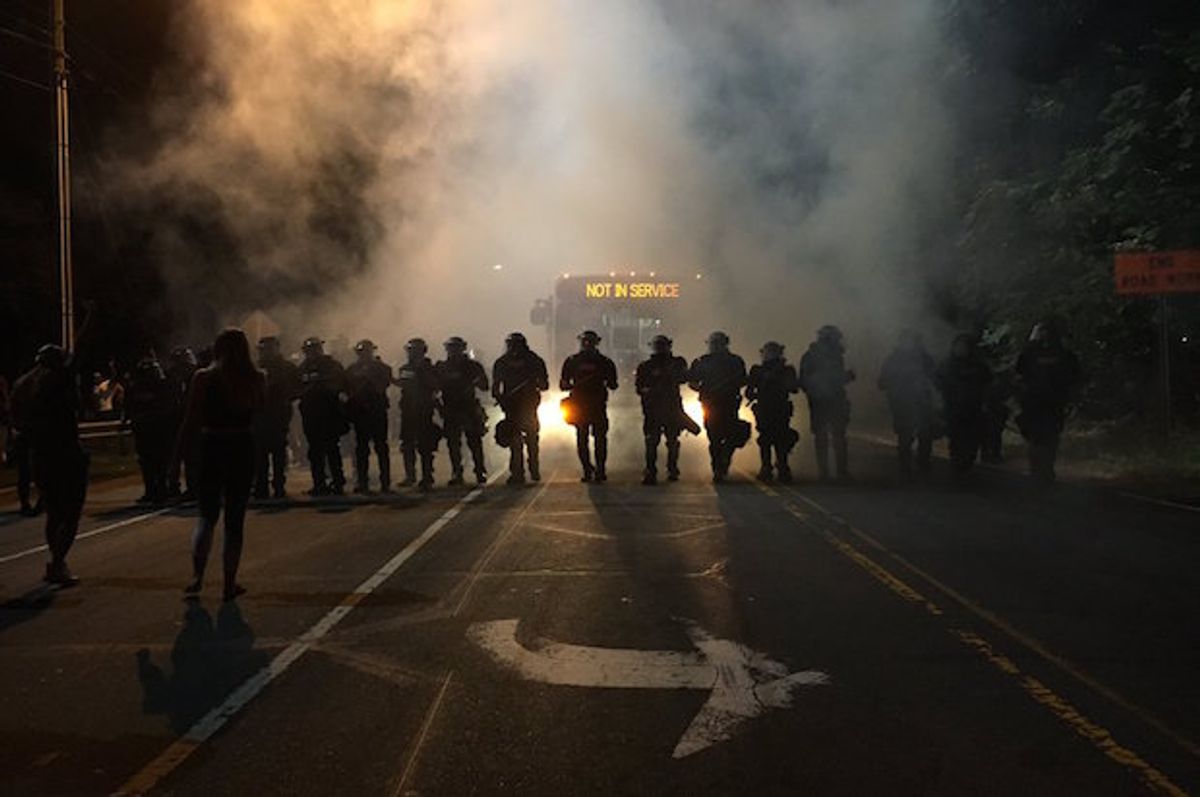 The family of the victim, who was identified as 43-year-old Keith Lamont Scott, said he was disabled, unarmed and reading a book in his car when he was killed. Police have claimed that Scott was armed.

Lyric Scott, the victim's daughter, streamed a video on Facebook immediately after the incident.

"You shot my daddy for being black!" Lyric Scott told the police in the video.

She said her father was disabled and unarmed.

The victim's sister has also claimed that he was unarmed, local journalist Joe Bruno reported.

Keith Lamont Scott's brother and cousin have said he had been holding a book and was waiting for his son to be dropped off after school.

The Charlotte-Mecklenburg Police Department told local news outlet WSOC-TV that officers had been looking for an unrelated suspect who had an outstanding warrant when they saw a man leave his car with a gun.

Officers then approached the man, later identified as Scott, and shot him, claiming that he "posed an imminent deadly threat to the officers," WSOC-TV said.

Prominent lawyer and legal analyst Eric Guster said even if Keith Lamont Scott had been armed, North Carolina is an open-carry state, meaning it is legal to walk the streets with an unconcealed firearm.

An eyewitness told Lyric Scott that police used a Taser on her father and shot him at least three times.

Keith Lamont Scott was taken to the hospital, where police later confirmed that he died.

Protests have erupted in response to the shooting.

Local journalist and photographer Adam Rhew said police pushed protesters down the road, then used tear gas to disperse them.

Local reporters said a bus with a SWAT team was called in, while protesters chanted, "Hands up! Don't shoot," a popular slogan in the Black Lives Matter movement.

Protesters also damaged police cars in outrage at the killing. The Charlotte-Mecklenburg Police Department said at least 12 officers have been injured in the protests.

On social media, users criticized those who were more upset at the destruction of property than the loss of a life.

Samuel Sinyangwe, a prominent Black Lives Matter activist, noted that, according to Charlotte police statistics, African-Americans comprise just 32 percent of the population, yet are subject to 50 percent of stops, 68 percent of searches and 74 percent of uses of force.

In response to the police shooting, Charlotte Mayor Jennifer Roberts tweeted, "The community deserves answers and full investigation will ensue. Will be reaching out to community leaders to work together."