Donald Trump Jr. is wrong on Syrian refugees in every possible way: They're a vulnerable population — who are likely to do well in America

Syrian refugees are highly unlikely to be terrorists — instead, they're being unfairly targeted and scapegoated 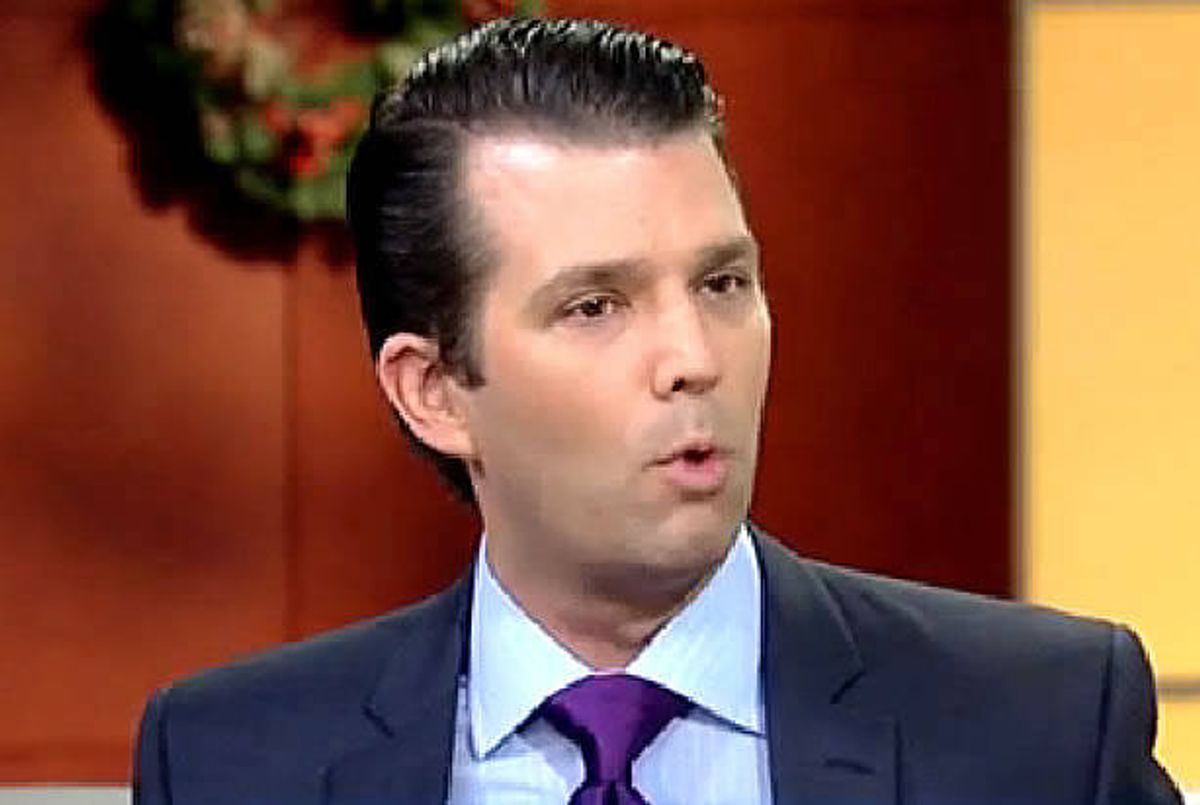 Last weekend’s bomb attacks in New York and New Jersey have once again thrust terrorism into the spotlight and given unscrupulous political actors an excuse to indulge in nativist fearmongering. I am, of course, referring to the presidential campaign of Donald Trump and specifically to a tweet by Donald Trump Jr. comparing refugees from Syria to poisoned Skittles. As Don Jr. put it, we have a “Syrian refugee problem,” and that problem is that any one of them is a potential terrorist just itching for the chance to murder Americans.

It was a foul sentiment that was wrong in a broad variety of ways. There’s the obvious problem of a wealthy, born-into-privilege clod dehumanizing a group of impoverished, vulnerable people fleeing a war zone. On top of that, there isn’t any real threat of a refugee committing a fatal act of terrorism: The Cato Institute ran the numbers and found that “the chance that an American would be successfully killed by a refugee terrorist was one in 3.6 billion.”

Before Syrian refugees make it into the United States, they have to go through multilevel screenings and background checks by the United Nations, various nongovernmental organizations and the U.S. government. As I wrote last month, the refugees who are arriving from Syria are mostly kids younger than 15 who are part of family units.

More problematic than anything else, though, is the fact that the Trump campaign is trying to isolate and demonize a group of people — refugees — who are generally pretty good at integrating themselves into American society and becoming economically self-sufficient.

Most refugees arrive in the country facing massive disadvantages: They have no money, have limited job opportunities and often have linguistic and other cultural barriers to overcome. But a 2015 report of the Migration Policy Institute found that “as refugees’ time in the United States increases, their income levels and rates of public benefit participation approach parity with those of the U.S. born.” The Colorado Office of Economic Security tracked Bhutanese, Somalian, Iraqi and Burmese refugee populations in Denver over a four-year period and found that “the cohort as a whole progressed steadily towards High Integration,” with high levels of employment, rising incomes, falling dependence on public services and steady improvement in English proficiency.

Refugee groups from Middle Eastern countries like Syria tend to have some advantages over other refugee groups in the U.S. because they come from more developed countries with better educational opportunities and they’re coming to a country with established immigrant communities from their homelands.

“It’s a very difficult transition period for them, because in addition to having been through all the trauma and dislocation, now they start off in a lower class status than they had before they left Syria or wherever they were in the Middle East,” Randy Capps, the Migration Policy Institute's director of research for U.S. programs, told me. “But over time, because they have that basic educational background and job experience . . .  they’ll catch up.”

That doesn’t mean there aren’t serious challenges facing the Syrian refugee population. Education is among the most daunting, given that such a high percentage of Syrian refugees in the U.S. are young children. (Just about half of Syrian refugees admitted in the last year have been children 14 and younger, compared with 28 percent for all refugees admitted from 2002 to 2013.) These kids have had their schooling interrupted by war and they’ve often spent years in refugee camps or other areas with limited or nonexistent educational services. A 2015 Migration Policy Institute report on the educational status of Syrian refugee children found that “many fall significantly behind in their schooling, or drop out altogether, while educators in host and resettlement countries may struggle to reengage these students and help them bridge the gaps in their formal education.”

So to the extent that there is a “Syrian refugee problem” in the United States, it’s not that the refugees are suddenly going to turn into terrorists once they make it to the U.S. It’s that the refugees themselves still face formidable economic and cultural hurdles even as they become part of the fabric of American life. Bigoted tweets from clueless children of nativist presidential candidates make those challenges even more difficult by isolating and maligning a group of vulnerable people who just want to start over after having had their lives shattered.