Make America bake again: The case for tackling DIY desserts, even if you're a novice

Baking inspires confidence, teaches chemistry and brings people closer together. What are we waiting for? 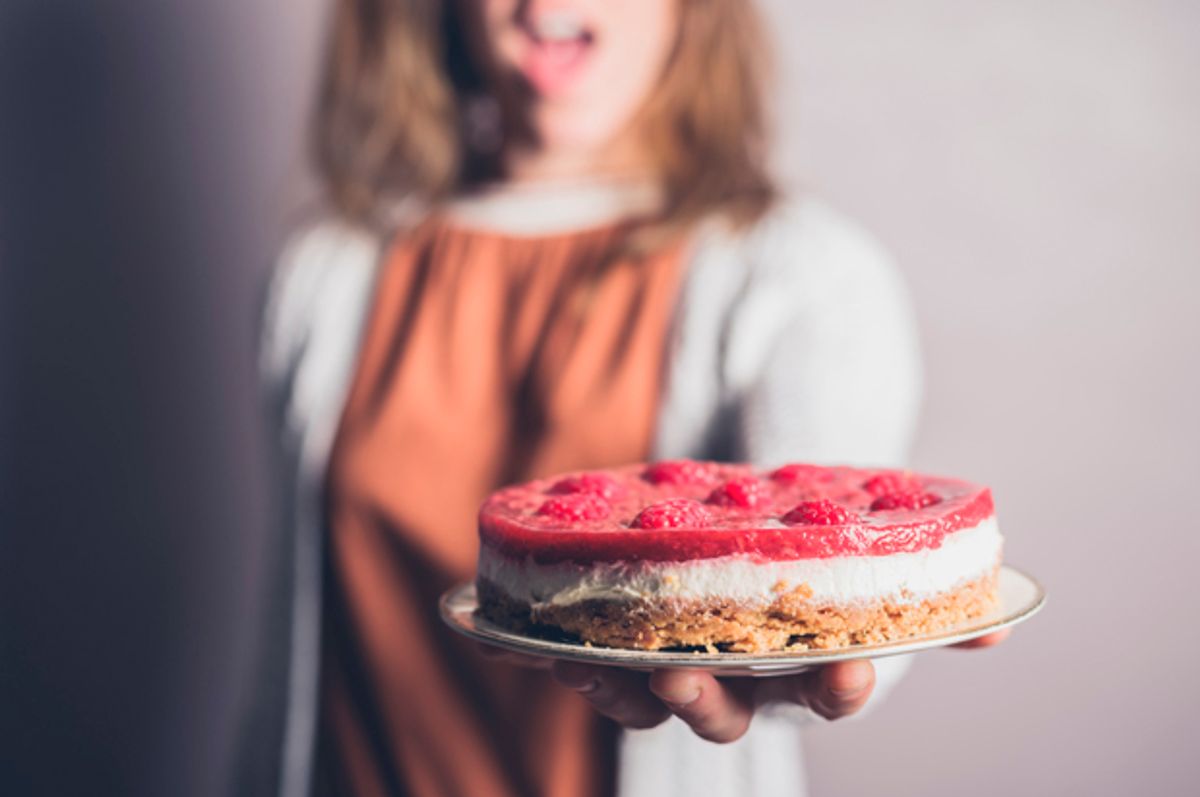 As the sun sets a little earlier every evening and the sound of radiators kicking on echoes across the land, you could herald the arrival of fall with some gross, pumpkin spice "flavored" confection from a chain. Or here's a radical proposal: You could bake something. Putting stuff in the oven — it's not just for 1950s housewives!

If ever there were a time of year you might be rendered suggestible to the allure of baking, this is it. Summer is for slicing up tomatoes and telling the family, "It's too hot to cook. Deal with it." But autumn, glorious autumn, is for putting on the comfortable pants and saying things like "And how do you get your Gramercy gingerbread to not stick to the pan?"

I see you trying to slowly back away. Hey, come back here. I'm talking to you. All I am saying is, give baking a chance. You'll feel like a genius. Because while cooking is nourishment, baking is love. And it shouldn't just be a spectator sport.

Earlier this month, the global armchair baking community was rocked to its core by the news of a massive shakeup at the beloved "Great British Bake Off." The show is moving from the BBC to Channel 4 and losing hosts Mel Giedroyc and Sue Perkins. On Thursday, its stalwart co-judge Mary Berry announced that she, too, is jumping ship. The show, distinctively English in its earnestness and enthusiasm for the phrase "soggy bottom" has had a few brief American incarnations. But some things just don't translate.

Maybe it's because we here in the United States — despite our vigorous enthusiasm for sugar — aren't as fully committed to the whole desserts thing and certainly not to the idea of actually creating them. The Brits, who consider tea and a tray full of cakes a perfectly legitimate meal, see these things differently. They also more consume chocolate than we do — by a wide margin. So much for American exceptionalism. Let's close the achievement gap!

I did not grow up in a foodie household — meals were simple and square, and baking was a once-a-year batch of chocolate chip cookies, made from the recipe on the back of the bag of Nestle's and a stick of margarine. I did, however, belong to an Anglo-Irish family that found the concept of skipping dessert at any meal thoroughly unthinkable. Only 12 percent of American meals at home end with a sweet. You didn't have cake at least twice a day in your childhood house? Sad.

I am a late bloomer. I learned to cook only once I grew up and moved in with a man. I had to figure it out once I realized I'd agreed to be responsible for half our meals and that my refrigerator full of beer would no longer cut it. I likewise started baking only upon the occasion of my first child's first birthday, when in a fit domestic ambition I attempted a spice cake. Turned out I had a knack.

Of course, the dirty little secret of baking is that you don't really need much skill or talent to pull it off. My friend Inger, who's originally from Hamburg, agreed. "Everybody can bake," she said, adding the caveat, "if you just have patience."

There's the rub. If you bake, you have to be willing to, as they say in "Hamilton," wait for it. That's certainly the hardest part of it for an impatient American like me: waiting for bread to rise, waiting for a cookie dough to chill. Waiting, while peering eagerly through the oven door glass, for a pie that I can't yet taste. "Patience is probably the last thing I have," Inger said. "And now maybe that's what baking gave me."

For Inger, baking began a practical solution to epicurean homesickness. "I was missing Germany," she said. "We have the best bread. I was tired of what was here and I thought, Let me try. It developed from there. It became something that cleared my mind. You bring something to life. Once I realized how gangster this experience is, I was hooked."

As someone who failed a semester of high school chemistry, I long believed that while regular cooking was loose and improvisational — like the local theater I'd done! — baking was pure rocket science. You want me to make cupcakes? What am I, Robert Oppenheimer? I would scoff.

But baking is far more forgiving than it gets credit for. Sure, some cookbook writers, like cake empress Maida Heatter, will scold that if you don't do everything precisely according to their commands, you'd better not come crying about it later. (Maida Heatter frightens me.)

Really, you can competently make a batch of brownies. You can even play a little fast and loose with measurements and baking times. And if you don't completely incinerate them, and if you then go all out and shake some confectioner's sugar on them once they cool, your friends will start looking at you awestruck like you're a wizard and tell you that you should start catering events.

You know how when you've only eaten canned string beans and then you eat a fresh string bean, your mind is totally blown? That's what it's like when most people who just know store-bought cakes react after you bust out a plate of warm cookies. Rarely in life will you have such immediate and gratifyingly positive feedback. Everybody loves the person with snickerdoodles.

"It's almost impossible to mess up," said my friend Stacey, a proficient and generous home baker. It helps, she admitted, that baking comes with a preset amount of goodwill. "You don't bake for people you don't really like. Very rarely do you pay lip service to someone with cookies or cake. It makes it that much more special. It shows you're making an effort and you're planning."

And while I approach the scientific elements of baking with all the insight of the liberal arts major I am, be assured that baking does offer ample opportunity to geek out. My neighbor Edgar, a physician with, as he put it, "no other marketable skills," recently got into baking after observing a friend's experiments with sourdough on Facebook. Now he has become a man who has "gotten up at 5 in the morning to feed the starter" because like all great relationships, "It needs to be fed and nurtured." Edgar said, "The kids get a kick out of me creating this organism that's frothing up and then stinks and then makes something delicious. It's a great segue into science."

Meanwhile because science intimidates me, I still find myself relying on the first guides I ever had to baking: my battered copies of the late Laurie Colwin's "Home Cooking" and "More Home Cooking" that — like my potato masher and soup ladle — I picked up a stoop sale. Colwin's books have an enduring following thanks to her warm, intimate style and her classic, unfussy recipes. She could write about cooking for her family — making chocolate cakes, rice puddings — in a way that made it seem not like drudgery but an act of devotion. That kind of influence can't help but rub off, even a little.

Today Colwin's now-adult only child R. F. Jurjevics recalls, "I remember baking with my mom way more than any cooking." And Jurjevics says now, "I'm not a fantastic cook and I don't love it, but if I have to bake something, it turns out."

Adds Jurjevics: "You know those baking blocks that people have about burnt cookies and sagging cakes? I've never experienced that. You're not going to burn the house. Given the opportunity to cook or bake, I'll happily bake. I'll throw in biscuits or gingerbread. The myth that people are told that it's tougher? I feel the opposite." That's a confidence worth instilling in our kids.

I sometimes wonder if, as Nigella Lawson has theorized, baking gets less respect because it is the less masculine, seemingly more expendable of the culinary arts. Writing five years ago in The Guardian, Lawson observed, "Baking is the less applauded of the cooking arts, whereas restaurants are a male province to be celebrated. There's something intrinsically misogynistic about decrying a tradition because it has always been female."

But great bread can be craggy. A fantastic cake can be haphazardly frosted. And banana bread is, I swear, idiotproof.

Authentic baking, like authentic sex, is different from the professional version, as it ought to be. And like love, it's meant to be shared, which is the best argument I can think of for doing it. As Stacey said, when you bake, "You don't want to keep it to yourself. You can be proud to spread the sugar and the love."