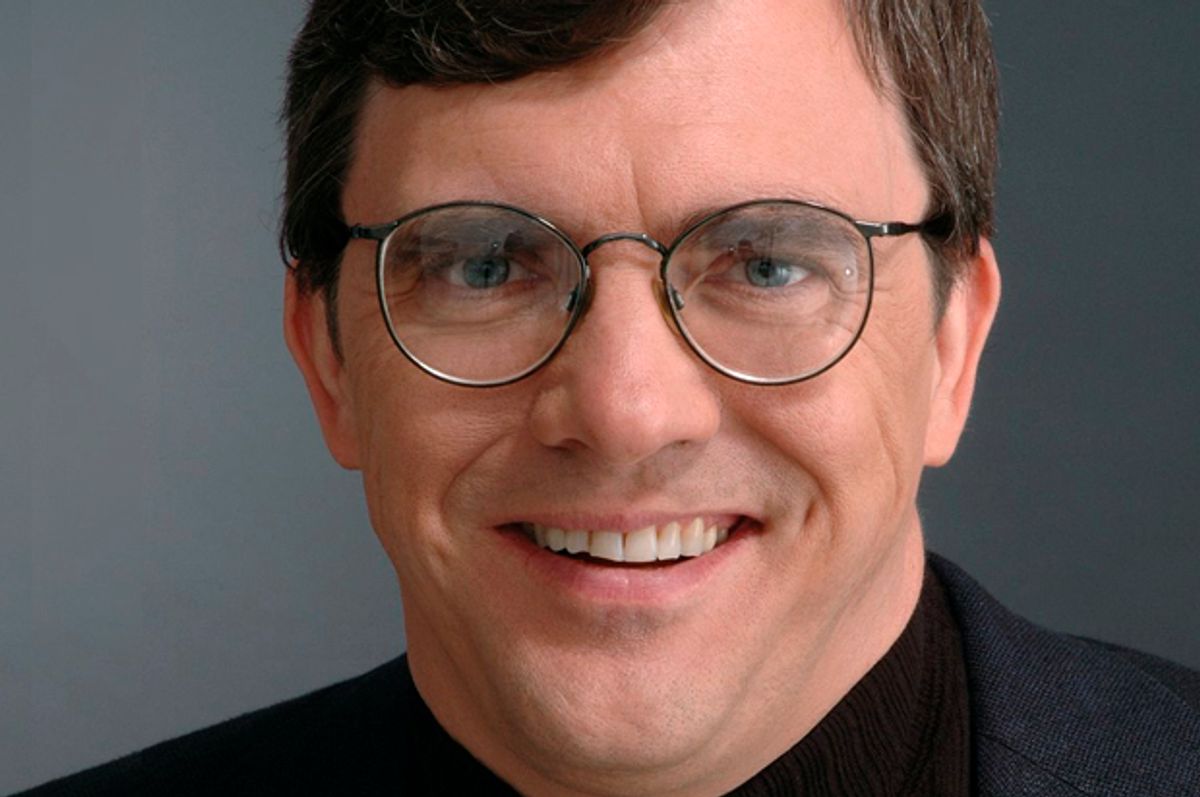 It is a truth universally acknowledged that the biggest bullies, the ones fondest of meaningless phrases like "social justice warriors" and "special snowflake," have the tenderest sensibilities when their own behavior is challenged or held accountable. So when Twitter actually stepped up and briefly suspended the account of Instapundit's Glenn Reynolds — a man Wonkette has singled out for his distinctive "rank stupidity and willful ignorance" — there were howls of protest. It must be sooooo harrrrrrd to be soooo oppressed when you make violent, inflammatory comments!

On Wednesday night, Reynolds — creator of the blog Instapundit, a University of Tennessee law professor and conservative USA Today and News Sentinel contributor who earlier this year fancifully wrote a column called "Putin for president 2016" — had a hot take on demonstrators walking along Interstate 277. Earlier this week, the shooting death of 43-year-old Keith Lamont Scott by an African-American police officer set off a wave of protests and violence. So Reynolds, following the action on Twitter, linked to a WBTV News report and photograph of the protestors who were backing up traffic and suggested,"Run them down."

The social-media response was quick and much of it justly appalled, with multiple people asking on Twitter for a response from the University of Tennessee and USA Today. But in the meantime, Twitter's administration, which has come under increasing demands this year to do better in taming its deluge of abusive, violent commentary, issued a temporary suspension of Reynolds' Instapundit account.

It sounds like the enforcement wasn't handled with the greatest finesse. "I saw it was suspended and didn’t know why," Reynolds told the News Sentinel on Thursday. He admitted, "Yes, that was my post. It was brief, since it was Twitter, but blocking highways is dangerous and I don’t think people should stop for a mob, especially when it’s been violent."

Yes, and nothing says that you're concerned about violence like suggesting protestors be mowed down.

In a post on Instapundit, Reynolds initially fretted, "Can’t imagine why they’d do that, except that it seems to be happening to a lot of people for no obvious reason. It’s as if, despite assurances to the contrary, Twitter is out to silence voices it disagrees with or something."

He later edited his post to explain, "If Twitter doesn’t like me, I’m happy to stop providing them with free content. . . . I don’t even know that this is why I was suspended, as I’ve heard nothing from Twitter at all. They tell users and investors that they don’t censor, but they seem awfully quick to suspend people on one side of the debate."

And he said, "Erik Wemple of The Washington Post emails that 'Keep driving' would have been a better formulation of what I was trying to say. . . . I’ve had over 580,000 tweets, and they can’t all be perfect."

Aw, you guys are great. Reynolds didn't, by the way, express any regret. Instead, on Hugh Hewitt's show Thursday morning, he said, "I have to say I don’t apologize for the sentiment."

By Thursday morning, Reynolds was already enjoying his liberty again after his eyeblink of a detention, bragging on Twitter that the company "has unblocked my account on condition of deleting the offending tweet. I've done so, but it's here" and linking to it on Twitchy.

His Twitter supporters had already been hard at work hand-wringing over the "whoohoo censorship!" of the "free-speech advocate and well-known Conservative." And in a lengthy defense on Reason, editor Nick Gillespie argued, "Whatever you think of the tastefulness of his suggestion regarding the protesters in Charlotte, the idea that he is seriously inciting any sort of actual or real threat is risible." He added, "So, as with the banning of Milo Yiannopoulis, the alt-right Breitbart editor, we're not talking about classic censorship here in which the government clamps down on speech it finds offensive or subversive."

I don't know why at this point anything is shocking any more, but behold the white dudes who insist that you can use your platform with 65,000 followers to demand that protestors be run down and hey, man, that's free speech. That's just something that the uptight squares at Twitter might "disagree with."

Guess what? People who aren't psychopaths "disagree with" vehicular homicide. Saying, "Run them down" is not an opinion. It's not "debate." It's a command. And it takes a particularly shoddy, cowardly individual to say garbage like that and then have the gall to be offended about a slap on the wrist and the arrogance to blatantly lie about the intention. And if you change your mind about giving Twitter all that precious "free content" of yours, Reynolds, I'm sure Twitter will somehow manage just fine.