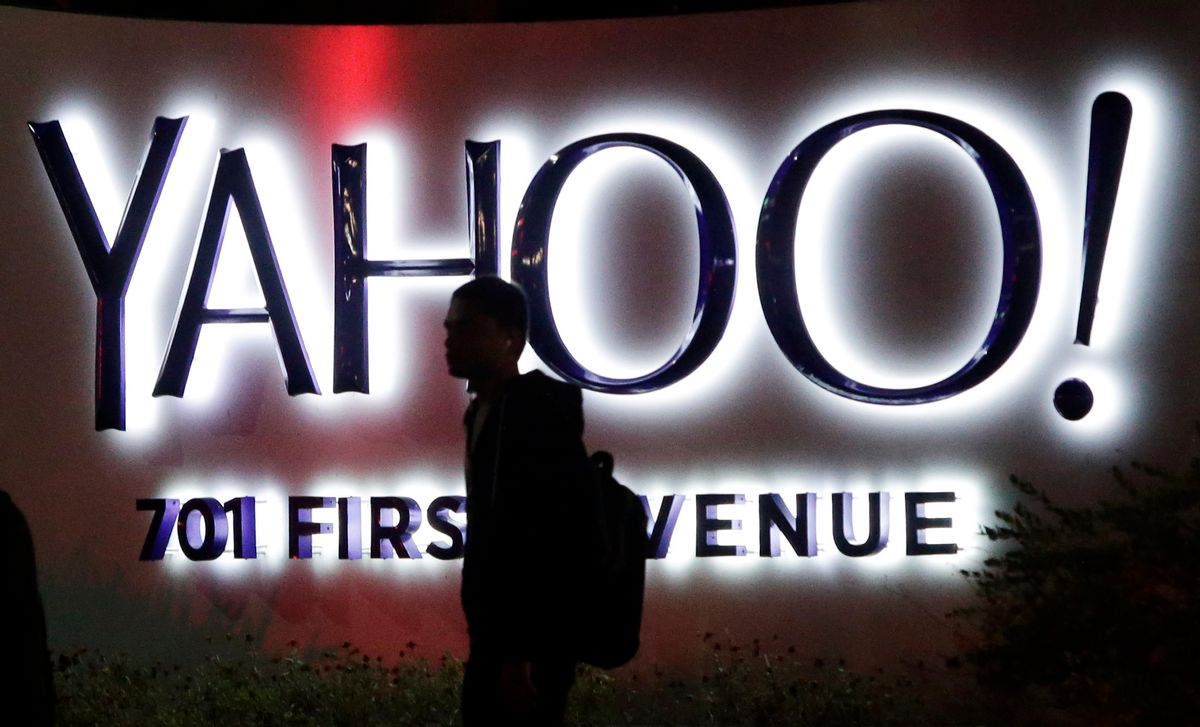 In this Nov. 5, 2014 photo, a person walks in front of a Yahoo sign at the company's headquarters in Sunnyvale, Calif. Yahoo reports quarterly financial results on Tuesday, Jan. 27, 2015. (AP Photo/Marcio Jose Sanchez) (AP)
--

Facebook
Twitter
Reddit
Email
view in app
In August, the infamous cybercriminal known as "Peace" threatened to release over 200 million Yahoo user credentials.
Despite the fact that Peace previously sold hacked credentials from MySpace and LinkedIn, most refused to believe he would do the same to Yahoo.
However, when Vice/s Motherboard examined the data, it discovered usernames, dates of birth, and back up email addresses associated with Yahoo accounts. Sometime later this week, all that information will be sold for 3 bitcoins, or the equivalent of about $1,860 — and it's no coincidence that Peace chose to release this data now, just as Yahoo's sale to Verizon is about to be finalized.
The potential liability could hurt not only Verizon, and Yahoo too, as shareholders could become worried of an adjustment of the price of the sale.“We are aware of a claim,” a Yahoo spokesperson told Motherboard in an email.