If the evidence is unfit, you must acquit: Prosecutors are fighting to keep flawed forensic evidence in the courtroom

Much of the forensic evidence used in convictions has been found unreliable. Prosecutors want to use it anyway 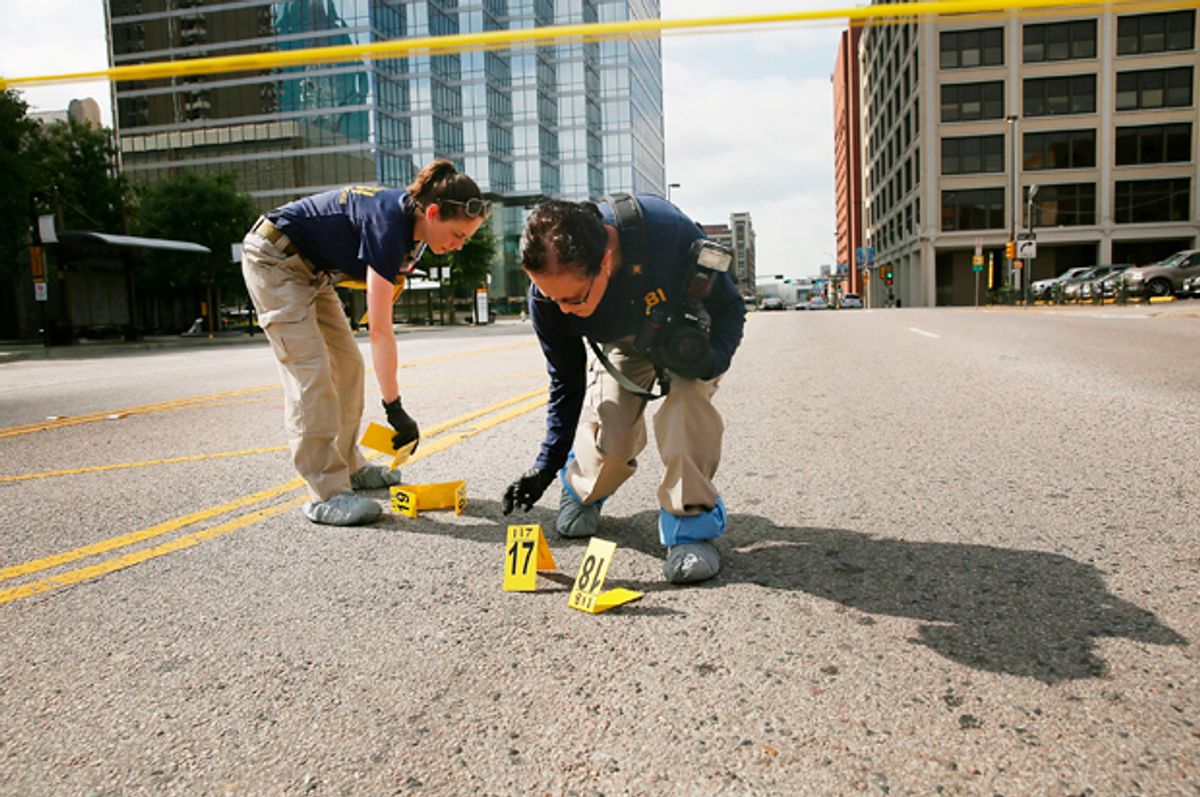 Under fire yet again, law enforcement is fighting back. Facing heavy criticism for misconduct and abuse, prosecutors are protesting a new report from President Obama’s top scientific advisors that documents what has long been clear: much of the forensic evidence used to win convictions, including complex DNA samples and bite mark analysis, is not backed up by credible scientific research.

Although the evidence of this is clear, many in law enforcement seem terrified that keeping pseudoscience out of prosecutions will make them unwinnable. Attorney General Loretta Lynch declined to accept the report’s recommendations on the admissibility of evidence and the FBI accused the advisors of making “broad, unsupported assertions.” But the National District Attorneys Association, which represents roughly 2,5000 top prosecutors nationwide, went the furthest, taking it upon itself to, in its own words, “slam” the report.

Prosecutors' actual problem with the report, produced by some of the nation’s leading scientists on the President’s Council of Advisors on Science and Technology, seems to be unrelated to science. Reached by phone NDAA president-elect Michael O. Freeman could not point to any specific problem with the research and accused the scientists of having an agenda against law enforcement.

“I’m a prosecutor and not a scientist,” Freeman, the County Attorney in Hennepin County, Minnesota, which encompasses Minneapolis, told Salon. “We think that there’s particular bias that exists in the folks who worked on this, and they were being highly critical of the forensic disciplines that we use in investigating and prosecuting cases.”

That response, devoid of any reference to hard science, has prompted some mockery, including from Robert Smith, Senior Research Fellow and Director of the Fair Punishment Project at Harvard Law School, who accused the NDAA of “fighting to turn America’s prosecutors into the Anti-Vaxxers, the Phrenologists, the Earth-Is-Flat Evangelists of the criminal justice world.”

It has also, however, also lent credence to a longstanding criticism that American prosecutors are more concerned with winning than in establishing a defendant’s guilt beyond a reasonable doubt.

“Prosecutors should not be concerned principally with convictions; they should be concerned with justice,” said Daniel S. Medwed, author of "Prosecution Complex: America’s Race to Convict and Its Impact on the Innocent" and a professor at Northern University School of Law, told Salon. “Using dodgy science to obtain convictions does not advance justice.”

In its press release, the NDAA charged that the scientists, led by Human Genome Project leader Eric Lander, lack necessary “qualifications” and relied “on unreliable and discredited research.” Freeman, asked whether it the NDAA was attempting to discredit scientific research without having scientists evaluate that research, demurred.

“I appreciate your question and I can’t respond to that,” he said.

Similarly, Freedman was unable to specify any particular reason that a member of the council might be biased against prosecutors.

“We think that this group of so-called experts had an agenda,” he said, “which was to discredit a lot of the science…used by prosecutors.”

The report, "Science in Criminal Courts: Ensuring Scientific Validity of Feature-Comparison Methods," was the result of a comprehensive review or more than 2,000 papers and produced in consultation with a bevvy of boldfaced names from the legal community. It found that there is no solid scientific basis to support the analyses of bite marks, firearms, biological samples containing the DNA of multiple individuals and footwear. The report also found that the certainty of latent fingerprint analysis is often overstated, and it criticized proposed Justice Department guidelines defending the validity of hair analysis as being grounded in “studies that do not establish [its] foundational validity and reliability.”

The new report is comprehensive but hardly the first time that scientific research has cast doubt on the reliability of evidence used in trials — everything from eyewitness identification to arson investigations. The report cites a 2002 FBI reexamination of their own scientists’ microscopic hair comparisons and found that DNA testing showed 11 percent of the samples that had been found to match in reality came from different people. A 2004 National Research Council report cited found there was an insufficient basis upon which to draw “a definitive connection between two bullets based on compositional similarity of the lead they contain.”

One of the most important developments in recent decades has been DNA science, which has not only proven that defendants have been wrongfully convicted but also raised questions about the forensic evidence used to win those convictions.

In the Washington Post, University of Virginia law professor Brandon L. Garrett describes the case of Keith Harward, who was exonerated on April 8 for a Newport News, Virginia rape and murder that DNA evidence later showed someone else committed. His conviction, for which he spent 33 years behind bars, hinged on the false testimony of two purported experts who stated that his teeth matched bite marks on the victim’s body.

“Of the first 330 people exonerated by DNA testing, 71 percent, or 235 cases, involved forensic analysis or testimony,” Garrett writes. “DNA set these people free, but at the time of their convictions, the bulk of the forensics was flawed.”

In an interview, Garrett called the NDAA response "juvenile."

“The response seems to be you say that certain forensic sciences are unscientific, well you’re unscientific," said Garrett. "To call a group of the leading scientists in the world unscientific, it’s just embarrassing….I really doubt that they speak for most prosecutors.”

Many cases, the report found, have “relied in part on faulty expert testimony from forensic scientists who had told juries incorrectly that similar features in a pair of samples taken from a suspect and from a crime scene (hair, bullets, bitemarks, tire or shoe treads, or other items) implicated defendants in a crime with a high degree of certainty.”

Forensic science has largely been developed within law enforcement and not by independent scientists, said Medwed. In the case of bite mark analysis, the report concludes that the method is basically worthless. But by and large, the report calls not for the science to be thrown out forever but to be improved so that it is in fact reliable.

“The NDAA response strikes me as a bit defensive to say the least and puzzling because my hope is that in looking at this report the reaction of prosecutors would be, how do we improve the system,” said Medwed. “Even if they believe that some of these disciplines are legitimate, how do we further test them, and refine them so they can be better?”

The NDAA, however, not only dismisses the scientific research in question but asserts that scientific expertise has no role to play in determining what kind of evidence judges decide to admit into court. They accuse the council of attempting “to usurp the Constitutional role of the Courts” by “insert[ing] itself as the final arbiter of the reliability and admissibility of the information generated through…forensic science disciplines.”

The council acknowledges that judges make these decisions. But since judges are typically not scientists they must make them under the guidance of scientific expertise.

When prosecutors use scientific evidence to prosecute a defendant, that evidence should be scientifically valid. It’s clear, however, that it is often bogus or unreliable. There is a growing consensus that the United States locks up far too many people, and it’s increasingly clear that an untold number of those people haven’t even committed a crime. Many prosecutors seem unwilling to solve this problem. Voters, who have recently tossed out incumbents in Chicago, Cleveland and Jacksonville, might have to take the lead, said Garrett.