“She’s a slob. She ate like a pig”: New Clinton ad highlights Trump's history of misogyny in his own words

"Is this the president we want for our daughters?" 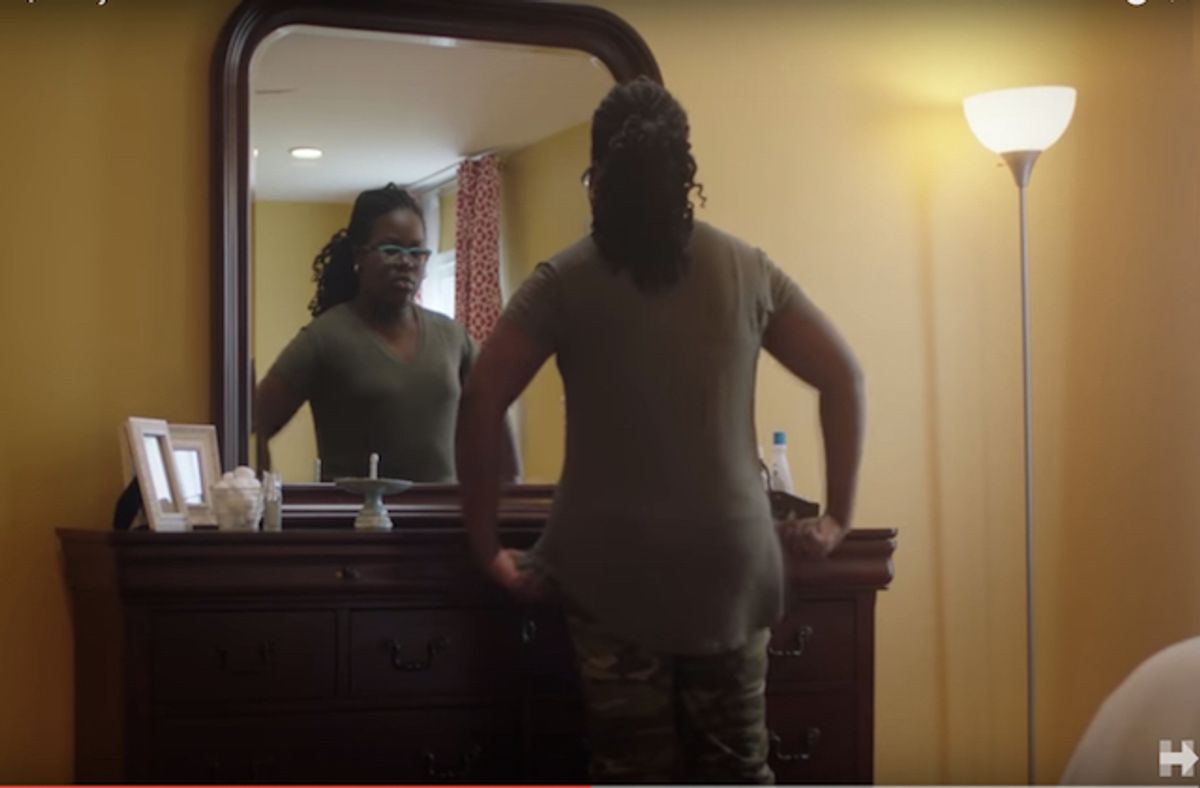 A new television ad from the campaign of Democratic presidential nominee Hillary Clinton features some of rival Donald Trump’s most misogynistic statements about women — spoken in his own words — as a series of diverse girls intently listen while examining themselves in the mirror.

The 30-second spot, titled "Mirrors," is set to air in several battleground states and is an absolutely devastating public shaming of Trump.

“I’d look her right in that ugly face of hers,” Trump says in the ad as teenage girl uncomfortably readjusts her clothes in the mirror. "She is a slob," Trump utters in a comment he made in 2006 about comedian Rosie O'Donnell.

The ad finishes by quoting Trump from another appearance on Howard Stern’s radio show in 1993. Stern, who does not appear on camera, asks Trump, “So you treat women with respect?”

“No, I can’t say that either,” Trump replies with a smile.

The end of the ad features a black slate with a sobering question: "Is this the president we want for our daughters?"

“Donald Trump has spent his campaign, and career, demeaning and insulting women, which is just one of the reasons a majority of American women do not think Trump respects women,” Clinton’s campaign said in a statement.

A Washington Post-ABC poll earlier this month found 60 percent of Americans voters saying Trump is biased against women and minorities, with 66 percent of women and 53 percent of men feeling that way. In addition, a McClatchy-Marist poll released on Friday showed Clinton with a 24-point lead over Trump among likely female voters, with her logging 58 percent to to his 34 percent.