The revolution will be live-streamed: Cord-cutting millennials could sway this election, thanks to debate feeds 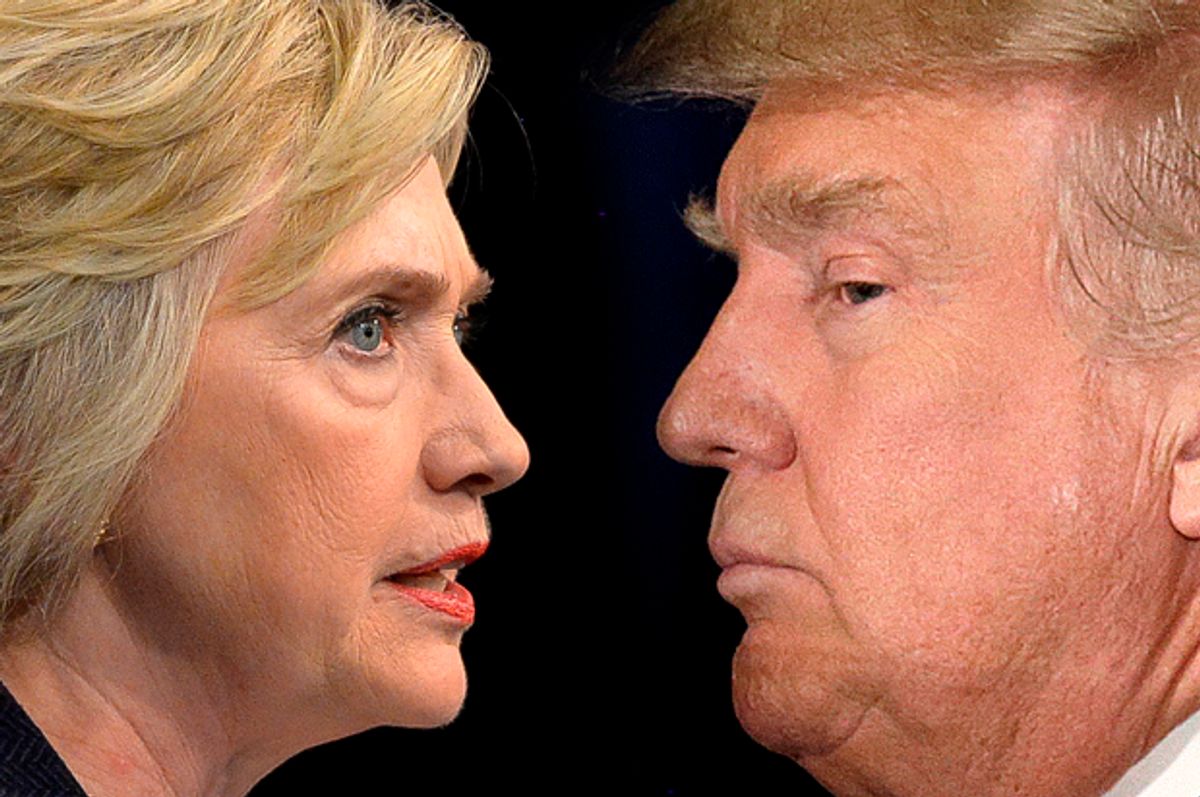 The presidential debates are coming to an iPhone near you.

Tonight’s contest, the first of three debates between Hillary Clinton and Donald Trump, will be broadcast on YouTube, Facebook, and Twitter — in addition to being televised on every major network. You can catch it on CBS, C-SPAN, MSNBC, ABC, NBC and CNN. You'll be able to watch the feed on Salon's homepage, too. Insiders are predicting record numbers for the broadcast, following months of a volatile, unpredictable race. The forecasted 100 million viewers would shatter the previous benchmark: In 1980, the only debate between sitting president Jimmy Carter and challenger Ronald Reagan brought in 80 million viewers.

In ratings terms, those numbers are Super Bowl big, which would make the first 2016 debate one of the most-watched events in television history. Until now, the only other non-Super Bowl program to best 100 million viewers is the 1983 finale of “M*A*S*H.”

The social impact of tonight’s debates, however, stands to be even more earth-shattering. Facebook, which counts 226 million users in the U.S. and Canada, will broadcast the debates in partnership with ABC. The live stream will include “post-debate media room, anchor commentary and correspondent analysis,” as CNN has reported. In addition, Twitter has partnered with Bloomberg to air the debates live on its social-media platform, along with curated tweets from users responding to the blow-by-blow.

Prior to tonight’s debate, live-streaming of the 2016 race has been frustratingly inconsistent. Last September’s CNN Republican primary debate was simultaneously broadcast on the network’s website and ran smoothly; the Fox News and CNBC debates were not. Fox benefitted by being the first out the gates, bringing in record ratings for the conservative news network. If the CNBC debate's viewership dropped off 42 percent from the prior contest, it wasn’t because of the poor moderation, for which the network was criticized. Many potential debate viewers couldn’t watch it, as they had to have a cable login to tune in.

Making the debates accessible to a digital audience is vital in a media era when Americans are increasingly switching to streaming services like Hulu and Netflix to watch television programming. From 2010 to 2015, the number of U.S. households that subscribe to a cable service fell 10 percent.

Capturing that audience will could make the difference for the 2016 candidates as the electoral race grows tighter than ever. While Hillary Clinton leads by 2.3 points in the Real Clear Politics poll average, Nate Silver’s FiveThirtyEight has projected that the race will be a coin flip. The widely respected statistics website’s “Now-cast” gives Clinton an extremely slim 50.6 percent shot at winning the race, projecting that the former secretary of state will win 270.3 electoral college votes. FiveThirtyEight also showed her to be ahead of her Republican challenger by just 1.1 points nationally — a lead that’s likely within the margin of error.

As her lead continues to narrow, Clinton will have to mobilize a group of voters who have thus far been cool to her candidacy: millennials. According to a Quinnipiac poll conducted earlier this month, just 31 percent of voters 18 to 34 plan to vote for the former first lady, which puts her just 5 points ahead of Trump. Gary Johnson, the Libertarian Party's candidate, is polling at 29 percent of the coveted youth vote.

Clinton's lack of appeal to young voters, as Vanity Fair recently suggested, could cost her the race. When Barack Obama won the presidential race in 2008 and 2012, his numbers were buoyed by the votes of millennials and Gen Xers, who supported him in large, record margins over his Republican rival. Without young people, Republican Mitt Romney would be POTUS: Fifty-one percent of voters 45 to 64 went for the former Massachusetts governor, while an even greater number of seniors preferred Romney. Fifty-six percent of voters 65 and up cast a ballot for the GOP. That’s pivotal, as seniors are the most likely to vote of any demographic.

The young voters whom Clinton needs to elect her comprise exactly the population group who have been historically shut out by the deficit of live-streaming options. Over the 2014-2015 season, traditional television viewering by millennials plummeted 10 percent, and recent surveys show that nearly half of millennials have “cut the cord.” This means that if the debates are locked behind a cable pay wall, a great number of young people will be forced to piece together the action through their friends’ tweets. Others simply won’t watch at all.

Television has a lot of work to do when it comes to bringing the debates, as well as other live events, to a wider audience. Anyone who has attempted in recent years to watch the Oscars or the Golden Globes through live-streaming knows that it’s frustrating — an activity beset by delays and constant glitches. According to Conviva, a streaming optimization firm, from 15 to 30 percent of internet video users have reported being unhappy with the viewer experience.

As Fast Company has argued, the problem is not the state of streaming technology but the lack of investment from networks. “The rights to stream major live events are so expensive that no one wants to pay more than necessary just to ensure an error-free streaming experience,” Jared Newman wrote.

That is improving as more media companies take advantage of the digital revolution to reach new markets. This season, Twitter launched a partnership with the NFL to stream football games over the social-media platform and unlike previous attempts at live-streaming, it appears to be going smoothly. After tuning into Twitter’s inaugural broadcast earlier this month, the tech website Recode favorably reported that the service was “fine.” The site noted that it was “surprised at how easy it was to jump into the game on a mobile phone,” while commenting that the platform’s tweet curation was “clean of abusive garbage.”

Earlier this summer, both the Republican and Democratic national conventions were broadcast on YouTube, snagging huge viewership. According to Nielsen, 34.9 million people watched Trump accept the Republican presidential nomination, while 33.3 million witnessed Clinton become the first female presidential nominee of a major party in U.S. history. Those big numbers, of course, don’t include traffic from the web.

In 1960, the first presidential debate between John F. Kennedy and Richard Nixon famously signaled a revolution in how Americans engage with politics. That event, aired on Sept. 26, was the first to be broadcast on TV. Seventy million people have been estimated to have watched the cool, collected Kennedy, whose summery tan was the picture of masculine ease, take on Nixon, who was visibly nervous and sweating. Although those who listened to the debate on the radio said Nixon won, television viewers believed Kennedy the winner. JFK’s repeat victory at the ballot box two months later indicated how crucial broadcast media would become in shaping U.S. elections.

More than 55 years later, the nature of the presidential race is changing all over again. The question remains whether the media will be able to keep up.