BULLSH**TER OF THE DAY: Donald Trump, for his wildest promise yet

Speaking at a rally in Melbourne, Florida, the Republican nominee announces a campaign pledge for the ages 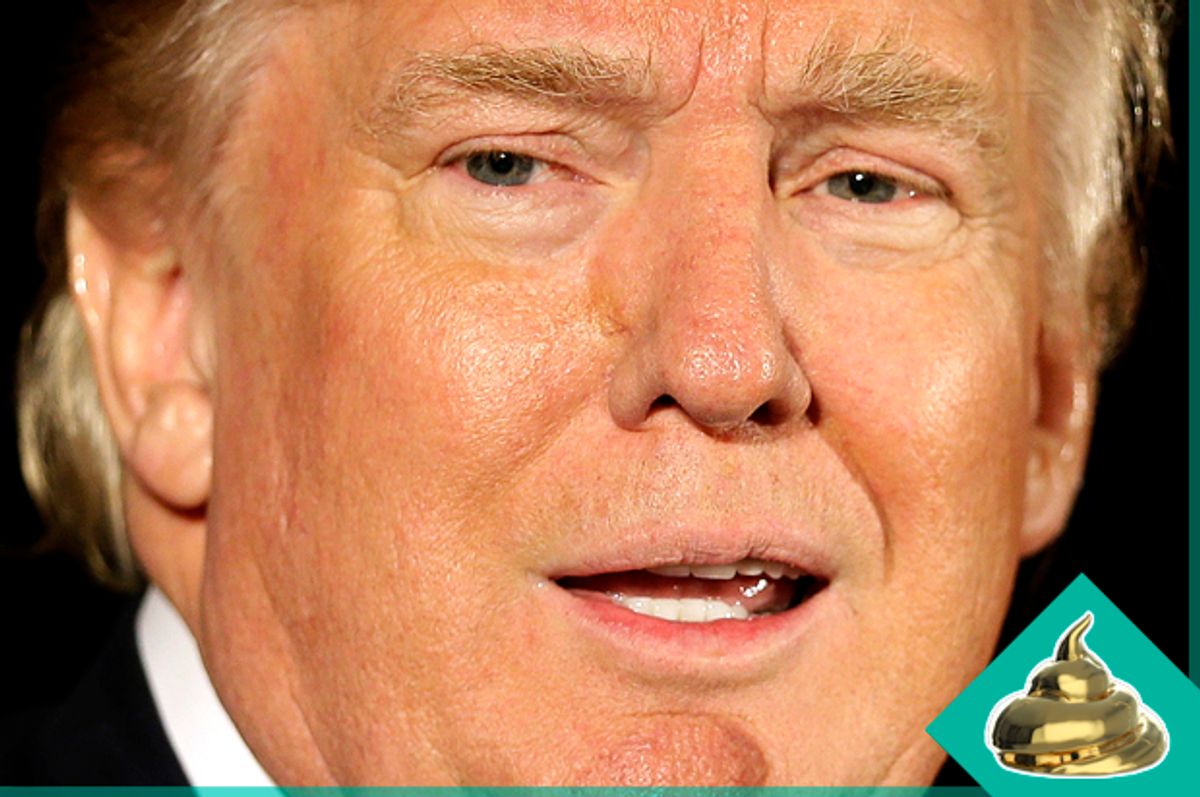 "We have 41 days to make possible every dream you've ever dreamed for your country."

Watch the clip below, courtesy of the Washington Post:

What was the context?
The day after he arguably lost the first presidential debate against Democratic nominee Hillary Clinton, Trump groaned about the "unfairness" of Lester Holt's questioning and promised to "get rid of that crooked woman" at a rally in Melbourne, Florida.

This ambitious campaign pledge is logistically complicated to say the least. But Trump, who claims his "I.Q. is one of the highest," is known for making bold, sometimes crazy promises, so let's take a second to examine that. What happens when my dream is different than my neighbor's? Which dream will he make possible then? Is he going to create a Department of Dreams (would this be the new DOD?) that decides which dreams to bring about? But even then he wouldn't be making every dream possible.

The most plausible explanation is that Trump had Schrödinger's cat in mind when he gave his speech in Florida: He is not pledging to make every dream possible; he just suggests there's a parallel reality where everyone's dreams are possible. In the meantime, as Clinton put it in the debate, he'll continue to "live in [his] own reality."

He was correct, however, that there were 41 days remaining before the election.

Perhaps in this circumstance we should make an exception and ask ourselves: Has there ever been a time in which he hasn't? After all, we are talking about a person who has lied about his bankruptcies, the so-called "death tax," the murder rate in New York City, his position on climate change.