Woody Allen's "Crisis" debacle: When the filmmaker said Amazon would regret this deal, he wasn't joking 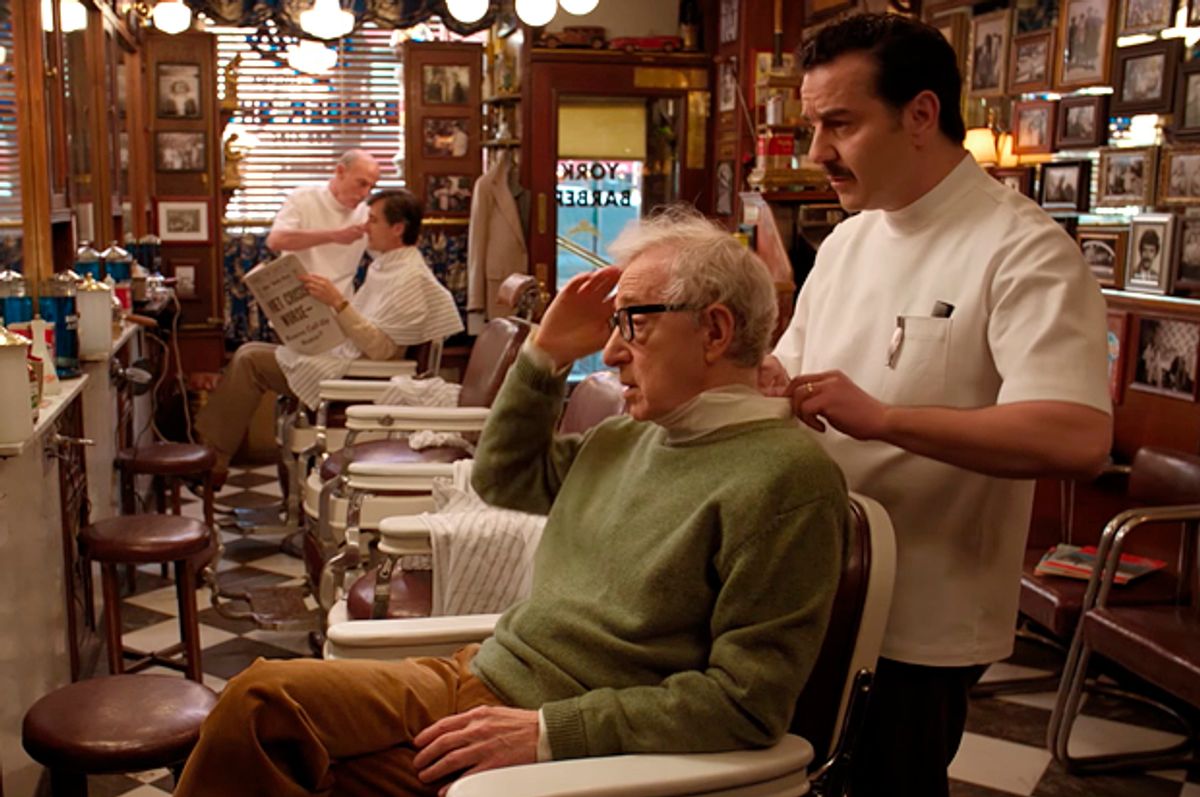 Should you choose to watch “Crisis in Six Scenes,” the new six-episode series from Woody Allen available to Amazon Prime subscribers starting Friday, please remember this:

You did not ask for it. None of us did.

This is an important fact.

Recall the great pride with which Amazon Studios announced to the world that it was giving users the power to select which of its pilots would become full series, with the idea being that the public would view and rate each offering. This would let the company know which projects actually had a chance of finding an audience. Since Amazon’s first pilot season ran in 2013, the question as to how much influence customers actually wield in the selection process has been raised time and again.

In the case of Amazon’s deal with Allen, however, there was no mystery. In January 2015 the trades announced that the company had picked up a full season of what would eventually become “Crisis” without the filmmaker having ever produced a pilot or even proving that he an inkling of how to create serialized entertainment. “I don’t know how I got into this,” Allen was quoted as saying in the press release. “I have no ideas and I’m not sure where to begin. My guess is that Roy Price will regret this.”

At the time this was laughed off as an example of Allen’s signature neurosis. Since I survived viewing those six episodes of “Crisis,” allow me to assure you that was a warning. Allen mentioned several times afterward that he wished he had never taken the deal, confessing to Deadline in one interview, “I haven’t had a pleasurable moment since I undertook it.”

That much is clear upon viewing the first few minutes of “Crisis.” Not only is this the work of an auteur who is lost, but also it's the work of one motivated by little more than truckloads of cash. Allen all but admits this in one vaguely autobiographical scene when his character, Sidney Munsinger, is delivering an epically awful pitch to a TV network. The fictional network executives are visibly unimpressed.

In real life, however, this pile got the green light. And here we are.

I cannot imagine a circumstance under which an Amazon customer watching the first episode of “Crisis in Six Scenes” would give it a high rating. I can’t even imagine most people getting even halfway through it. And remember, each episode is only about 22 minutes long.

This means that in terms of its total runtime, “Crisis in Six Scenes” is tighter than many theatrical films and yet it feels like it will never end. Not in that artistic “time stood still” way, but in the sense that every second yawns wide and rudely, bathing the viewer in the hot garbage breath of pointlessness. To be fair, there’s about 40 minutes of a decent Woody Allen film lurking in “Crisis,” but you’d have to sort through a stew pot of gobbledygook to retrieve the pieces and assemble them into something workable.

The barely coherent babble seems to go absolutely nowhere, obfuscating the anorexic plot nearly to the point of nonexistence. In fact, the titular “Crisis” doesn’t kick off until the second episode, when Miley Cyrus comes on the scene.

Now, if reading that name makes you want to briskly brush your palms together, jump back from your computer screen and declare, “I’m out!” please understand — and maybe even appreciate — that Cyrus is a shining light in the middle of the “Crisis” fog. Her character, Lennie Dale, is a radical on the run from the law and breaks into the home of Sidney and his wife Kay (Elaine May).

It’s the 1960s, by the way, and the Munsingers are a comfortable Connecticut couple quite removed from the social turmoil afflicting cities around the country. Kay is a therapist who sees patients in their home and hosts book club meetings with a clutch of blissfully disconnected matrons in their neighborhood.

So when Lennie brings the revolution into their living room . . .  well, Sidney actually cares less about that than the fact that she has eaten their chicken and is helping herself to their “fluids,” his fancy name for their hot showers and beverages. But Lennie is a family friend of Kay’s from long ago, so Kay provides refuge in spite of the fact that the couple is already housing the son of a close friend, Alan (John Magaro), while he’s finishing college.

Alan is engaged to a very nice girl named Ellie (Rachel Brosnahan) who represents the promise of stability and family life. But Lennie has grass cigarettes and the writings of Mao Zedong and Frantz Fanon and spouts off freely about the corruption of the government system. She’s exciting, and her fire spreads through the Munsinger’s social circle, igniting the fascination of even the elderly members of the book club, who find her tomes and become inspired to plan nonviolent direct actions such as a naked sit-in. Hilarity is supposed to ensue.

Among the greater sins of “Crisis” is the notion that it took a performer of May’s caliber and saddled her with such clunky scene setting and wandering dialogue that her abilities are completely wasted. “Crisis” similarly bleeds the joy out of its other performances as well. Even the actors appearing in cameos, including Lewis Black, Joy Behar, Max Casella and Becky Ann Baker, are so dry in their performances that their presence is barely notable or even necessary.

Allen completists may be tempted to watch “Crisis” of course, and they’re welcome to if only to gain the understanding that no filmmaker is infallible. HBO learned that when it signed on Martin Scorsese and Mick Jagger to do “Vinyl,” and hopefully Amazon will learn its lesson with this. Fortunately the failure of “Crisis” allows Amazon’s lesser-known series creators to shine even brighter. Perhaps its incredible stumble played a role in the network extending series orders to its its three newest pilots, “The Tick,” “Jean Claude Van-Johnson” and “Transparent” creator Jill Soloway’s newest creation “I Love Dick.”

Amazon might not be sure of what it will get with those upcoming projects, but looking at the expensive mess that Allen turned in, uncertainty must be preferable.