BULLSH**TER OF THE DAY: David Duke, for his self-congratulatory election analysis

Emboldened by Trump, the former Imperial Wizard of the KKK thinks he has a shot at the Louisiana Senate 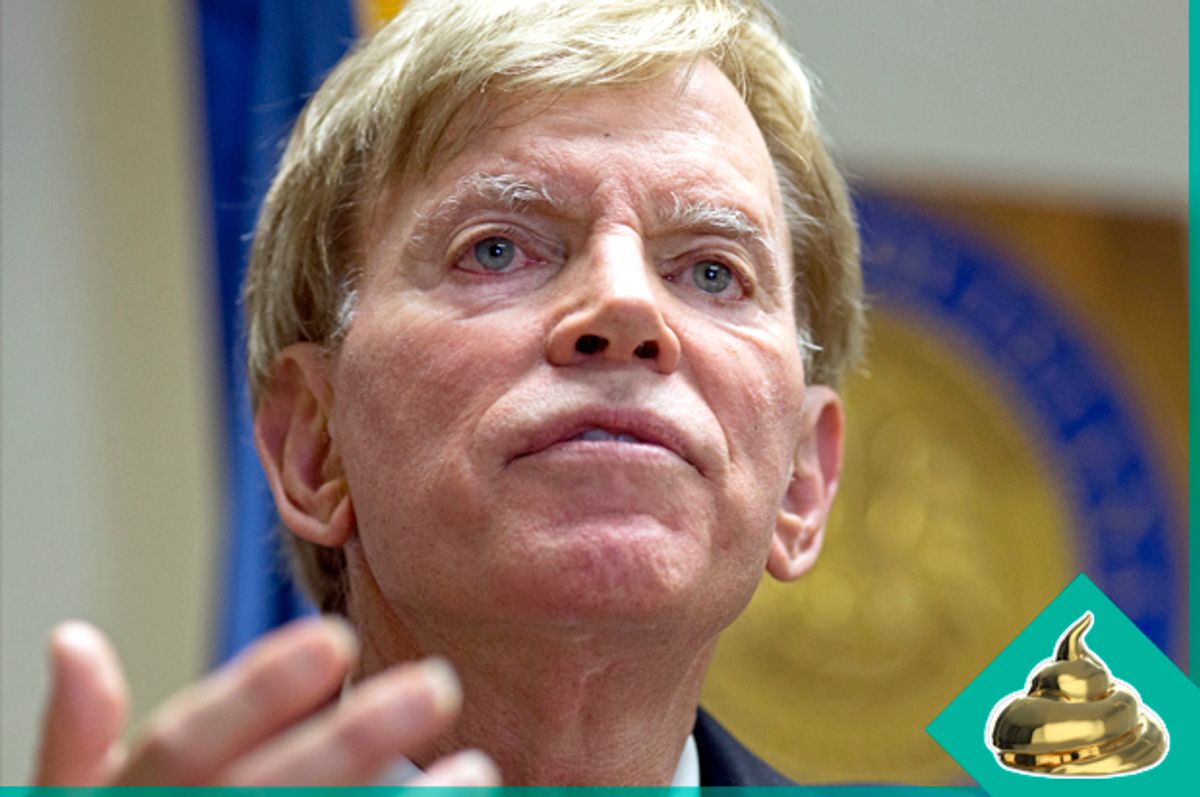 “The fact that Donald Trump’s doing so well, it proves that I’m winning. I am winning.”

Inspired by Donald Trump, Duke has announced he's running for Senate in Louisiana.

Sadly, we cannot ignore the fact that Trump collected more than 14 million votes nationwide in the Republican primaries, which has given racism, bigotry and misogyny a world-wide media platform. But that does not mean that Duke, who unsuccessfully ran for the Louisiana State Senate, United States Senate, United States House of Representatives, and Governor of Louisiana, is anywhere near "winning."

Is this the first time he has come out with a load of bullshit?
We are not going to trivialize a long history of pro-active racism, but if you are curious about conspiracy theories, Duke keeps not only a very active Twitter feed, but also a personal website. Be warned: Your rage will rise as fast as your faith in humanity drops.

Bullshitter Of The Day David Duke