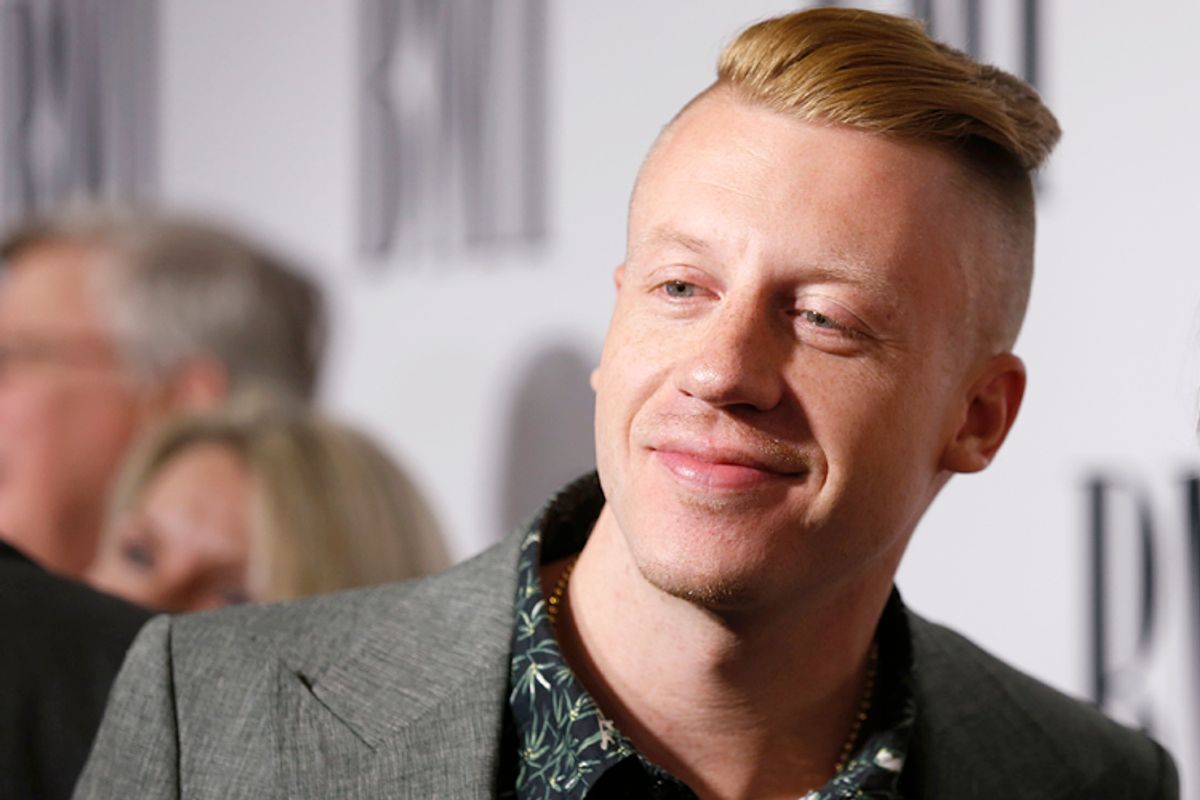 Cultural appropriation involves the use of one culture’s elements by a group or individual who does not belong to that culture. However, this definition is lacking because such an interaction may be labeled simply as cultural exchange. And that argument would be difficult to defeat because first, who “owns” a culture? And second, borrowing from one culture and lending to another has been the way of the world since human society began, according to recorded history and anthropologists.

So what makes cultural exchange different from cultural appropriation? As with most points of cultural contention, the difference is power. In particular, the power of the privileged to borrow and normalize a cultural element of another group, while the appropriated group is often demonized and excluded because of that very cultural element.

A recent example of cultural appropriation is when non-black people wear black hairstyles (that is, hairstyles associated with global black culture). From cornrows and Senegalese twists to Bantu knots and dreadlocks, which are all rooted in the African diaspora and many of which have been a part of African cultures’ heritage for centuries, black hairstyles in the current culture have been deemed “fashionable” by white or white-passing celebrities, from the Kardashians to the recent Fashion Week brouhaha in which Marc Jacobs used mainly white models styled in dreadlocks for a show, and only apologized after significant backlash.

Common retorts to accusations of cultural appropriation include the argument that any hairstyle can be worn by anyone. In the case of Marc Jacobs, another defense of cultural appropriation put forth is that black women also copy Eurocentric hairdos. The latter argument is ahistorical and archaic given that black women globally are subjected to European standards of beauty, and assimilation has been the mode of surviving and thriving in white-dominated spaces. The former argument, on its face, appears harmless. But in truth, it ignores the racial dynamics at work where black women are not only discredited or overlooked for wearing black/African hairdos, they are sometimes even deemed unprofessional and “ugly,” from the workplace to the social culture, whereas these hairstyles become “normalized” and even fashionable when white spaces and white people “borrow” them. This is power. This is cultural appropriation.

Another recent incident of what happens when power and privilege are ignored in borrowing cultural elements occurred earlier this month when the food magazine Bon Appétit posted a video titled, “Pho Is the New Ramen,” with a suggestion, “This is how you should be eating pho,” from a white chef who developed his own pho rendition.

Again, it was perfectly fine for the chef to do so, but to convolute popular Asian dishes by suggesting one has become the new other inadvertently presents Asian food (and consequently, culture) as a monolith. Moreover, to condescendingly suggest that pho, which hails from Vietnam, has not been eaten the right way until it has been assimilated into a hip, Western food by those with the power and privilege to do so is exactly the sort of interaction that turns cultural exchange into cultural appropriation. Many Asian Americans and particularly those of Vietnamese descent were livid, and Bon Appétit eventually removed the video and issued an apology.

As a Nigerian, I could easily empathize. A few years ago when the popular English chef Jamie Oliver came out with his own recipe for Jollof rice, a West African dish that West Africans themselves debate who makes it the best, many all over the diaspora took to the internet to reject it and let him know, thanks, but no thanks. If Jollof is to be the international sensation it ought to be, it will not be Jamie Oliver who makes it so. (Also, as a Nigerian, I never miss an opportunity to state a truth: Nigerian Jollof is the best. End of story.)

For those speaking from positions of power, the idea of cultural appropriation may be seen as an affront against their historical liberty to participate in cultures freely—a liberty that has often resulted in everything from cultural annihilation and loss to colonization. That history occurred the way it did has set us up for a cultural moment in which exchange between cultures cannot be viewed as simply occurring in a vacuum, devoid of politics, power, and group advantages and disadvantages. This fact is certainly lost on novelist Lionel Shriver, who recently gave one of the most culturally tone-deaf speeches at the Brisbane Festival.

Shriver’s words were nothing short of uneducated, lacking in empathy, and an intentional misappropriation of the concept. In her address, Shriver commented, “I hope that the concept of cultural appropriation is a passing fad,” and went on to wear a sombrero, while staking out her claim to do so, and discussing how fiction writers are entitled to imagine the lives of others. Her arguments suggest that awareness and cognizance of cultural appropriation would mean that fiction writers lose this right. A striking example she used is Little Bee, a novel about a 14-year-old Nigerian girl by Chris Cleave, a white male British author.

There are historical problems with people from the West imagining and reimagining the "other.” When westerners write about others, they are often unable to do so without immense prejudice, and without an appreciation of the diverse stories these people have to tell. To ignore all the ways in which Cleave has the privilege to write about the fictional lives of Nigerian girls when many Nigerian authors may not be able to do so is to ignore several realities: the publishing world’s diversity problem, Cleave’s juxtaposition to a culture in which he has little to no relationship, and the relationship between Britain and Nigeria, which is forever tainted with the brush of colonialism.

Shriver, like so many others, misses the point of cultural appropriation. A sombrero is a cultural artifact of a culture she does not belong to, and without understanding it carefully and approaching it cautiously, she can misuse this artifact to archaically represent or misrepresent a culture. (It’s often done; see any American city on Cinco de Mayo.) But what Shriver and others miss is not only the power they hold in their interactions of cultural exchange; it is that many Mexicans have been demonized for these artifacts, and an entire nation of people is symbolized only by that artifact because of the power of those from privileged cultures to exchange in such a manner.

For those who care about culture — experiencing it, commenting on it, writing about it — cultural appropriation is no passing fad. It is the concept that gives a label to the experience of being from a culture that has been disabused of its power by other cultures who now seek to borrow from it, at no cost, and with no reverence for history. If it’s cultural exchange you want, it’s up to you to make every effort to learn as much as possible about a people’s history and its artifacts. If you participate fully and graciously in another culture, to call it cultural exchange means you are aware of your distance from and relationship to it. And if you choose to borrow, hopefully you do so in such a way as to revere the culture and its people, and amplify the beauty of that culture, with an honest understanding too of their shortcomings, but most importantly, ensuring that members of that culture are seen, heard and appreciated. That’s the difference between cultural appropriation — “borrowing,” or even stealing, from another culture — and cultural exchange, a more reciprocal and fair transaction.