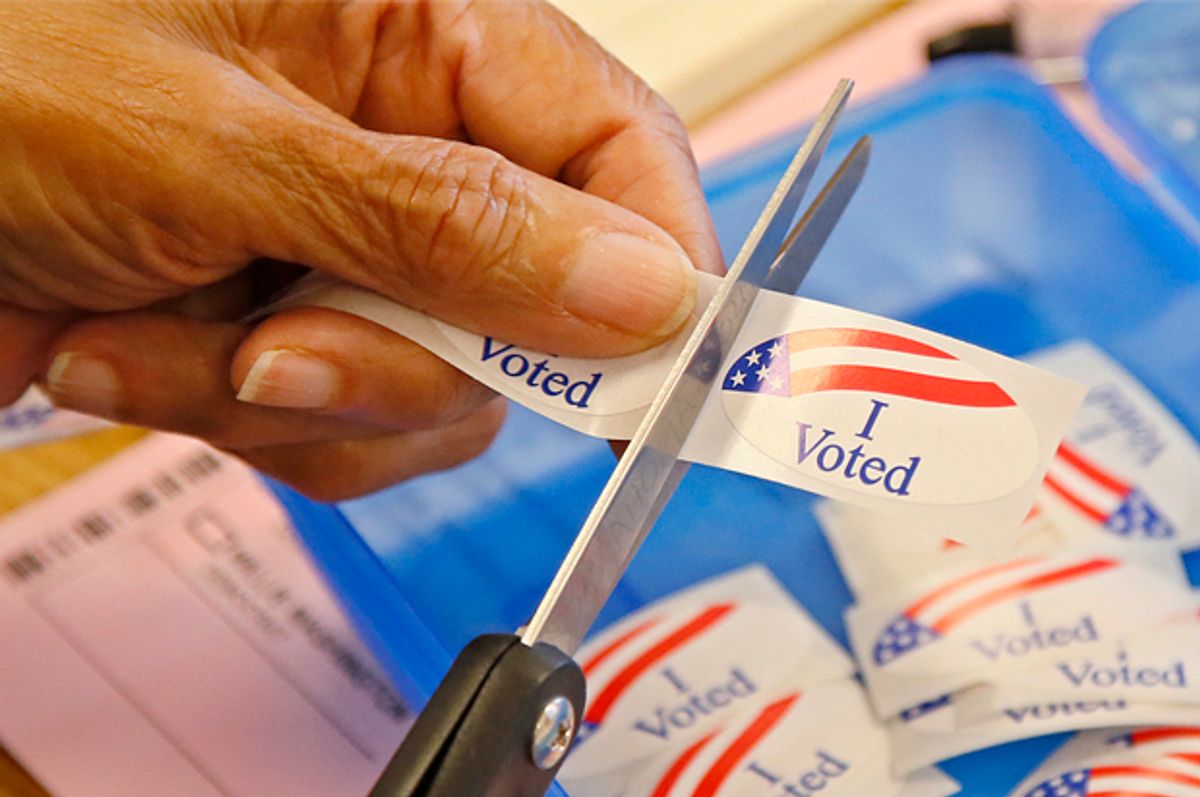 In a 1932 dissenting opinion, Supreme Court Justice Louis Brandeis noted that the benefit of America's federal structure is that "a single courageous state may, if its citizens choose, serve as a laboratory; and try novel social and economic experiments without risk to the rest of the country."

During my two terms as Texas agriculture commissioner, I was lucky enough to get the chance to put the Brandeis proposition into practice. There we succeeded in establishing a broad network of farmers' markets, providing state certification and labeling for organic products, promulgating comprehensive pesticide protections, creating food marketing co-ops, encouraging farmers to grow high-value nonconventional crops (from apples to wine grapes), financing and developing locally owned agricultural processing facilities.

We also worked on opening the doors of corporate-controlled commerce so small farmers and food artisans could sell their products in supermarkets and even in international markets as well as promoting water conservation and the use of renewable energy sources. It was Brandeis' "laboratory" realized!

These governors share an uncanny uniformity in the policies (written by the American Legislative Exchange Council) that they push and the political language they use — as if operating from a common plan, advancing the same duo of governmental goals as follows:

1. To increase the power and profits of the corporate interests that put up the campaign cash that keep the governors in office by delivering subsidies, no-bid contracts, special tax breaks and regulatory benefits.

So while state (and local) offices offer myriad opportunities to create progressive democratic change, those laboratories of democracy are equally available to Dr. Frankenstein right-wingers (funded by the Koch brothers and their cartel) who seek to engineer regressive plutocratic changes.

And in recent years the forces of corporate rule have been building a national political structure that brick by brick locks in plutocratic power. Key to this scheme is systemically investing in the takeover of such state posts as governorships, legislatures, judges, redistricting boards and regulatory agencies. Meanwhile, liberal strategists, funders and political operatives have largely avoided the gritty work of building democratic power through state campaigns. Instead, they have focused almost exclusively on the more glamorous, high-dollar races for president and Congress.

The right wing has recognized that while the media and both major parties are riveted on this year's macabre (thanks to the Donald) contest for the White House, that's hardly the only race that matters. And at least one progressive leader agrees: "Trump and Hillary are taking up all the oxygen," said Nick Rathod, head of State Innovation Exchange, a policy consortium. "But, really, he explained, "where policy making is getting done is the states."

Having lost 913 state legislative seats since 2010, Democrats should be crying Mayday, for Republicans now control 68 of America's 99 state legislative chambers — more than any time in our history. This includes 23 "trifecta" states where the GOP controls the governor's office and both legislative chambers. In case the Democratic Party needs a civics 101 refresher course: These state chambers will be redrawing — that is gerrymandering — congressional districts following the 2020 census.

So, perhaps it's time for the Democrats' strategic geniuses and the rest of us to pay a bit more attention to state representative and senate races.