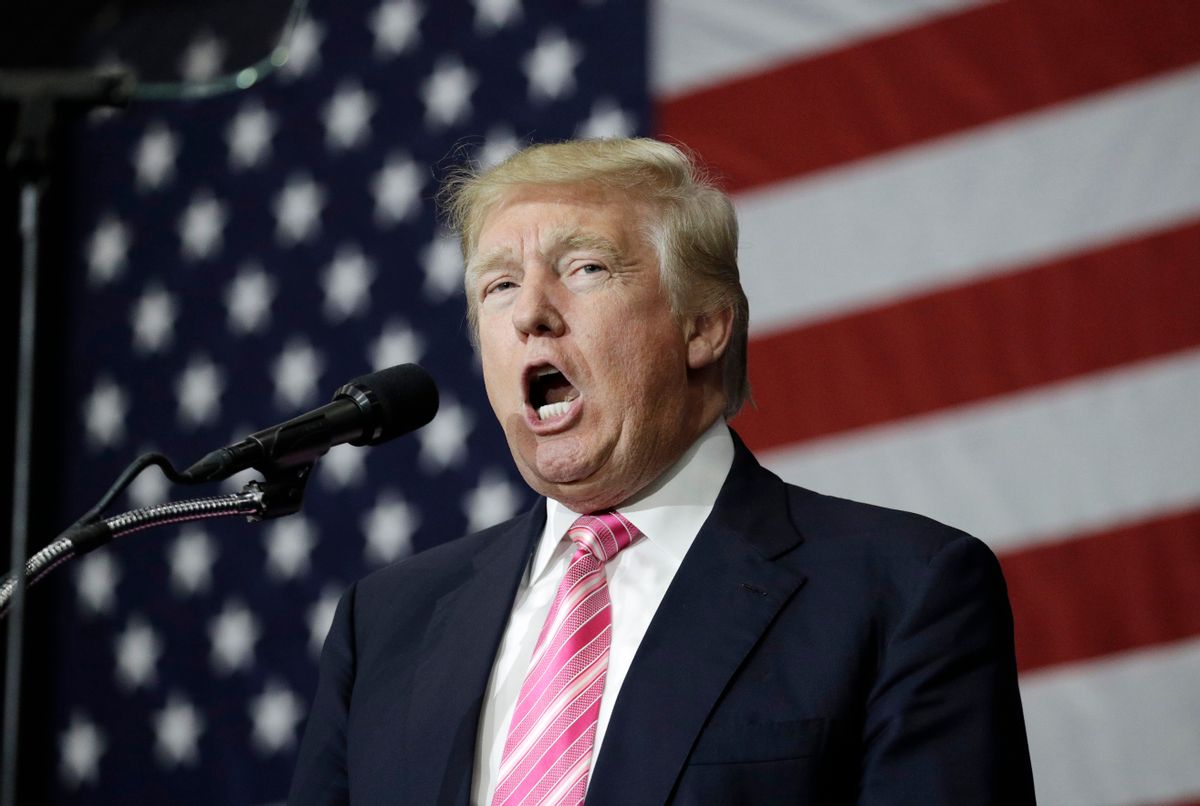 WASHINGTON — Donald Trump's business losses in 1995 were so large that they could have allowed him to avoid paying federal income taxes for as many as 18 years, according to records obtained by The New York Times.

In a story published online late Saturday, the Times said it anonymously received the first pages of Trump's 1995 state income tax filings in New York, New Jersey and Connecticut. The filings show a net loss of $915,729,293 in federal taxable income for the year.

That Trump was losing money during the early to mid-1990s — a period marked by bankruptcies and poor business decisions — was already well established. But the records obtained by the Times show losses of such a magnitude that they potentially allowed Trump to avoid paying taxes for years, possibly until the end of the last decade.

Trump's campaign released a statement on Saturday lashing out at the Times for publishing the records and accused the newspaper of working to benefit the Republican nominee's presidential rival, Democrat Hillary Clinton.

"The New York Times, like establishment media in general, is an extension of the Clinton campaign, the Democratic Party and their global special interests," the campaign said, calling Trump "a highly skilled businessman who has a fiduciary responsibility to his business, his family and his employees to pay no more tax than legally required."

The statement added that Trump had paid "hundreds of millions" of dollars in other kinds of taxes over the years.

But after initially saying that he would make his returns public during the course of his campaign, Trump switched course, citing what he said were years of ongoing IRS audits and the advice of his attorneys to keep them private as those audits proceed.

Former IRS officials have expressed skepticism that anyone would be audited so frequently, and they and other tax experts say there's no prohibition on Trump releasing his returns even if he is.

In its story, the Times said the three pages of documents were mailed last month to a Times reporter who had written about Trump's finances. A postmark indicated they had been sent from New York City and the return address claimed the envelope had been sent from Trump Tower, the newspaper said.

Trump's campaign did not directly address the authenticity of the excerpts from Trump's tax filings. Former Trump accountant Jack Mitnick, whose name appears as Trump's tax preparer of the filings, confirmed their authenticity, the newspaper reported.

"This is legit," Mitnick told the newspaper.

The Times said a lawyer for Trump argued that publication of the records would be illegal because Trump had not authorized their disclosure.

Because of provisions in the tax code that allow wealthy individuals to offset their personal income with losses in various partnerships and business ventures, Trump could have used his losses in 1995 to avoid incurring tax liabilities on as many as three years of prior and 15 years of future profits.

The $916 million in losses reported by the Times would not include previous years of losses incurred by Trump while his New Jersey casino empire slid into bankruptcy.

In an interview, Mitnick told the Times he had sometimes found it odd that the tax code allowed Trump to live in such luxury without paying income taxes.

"Here the guy was building incredible net worth and not paying tax on it," he said.

I know our complex tax laws better than anyone who has ever run for president and am the only one who can fix them. #failing@nytimes