The art of the lie: The art forgery guide to Donald Trump's tall tales 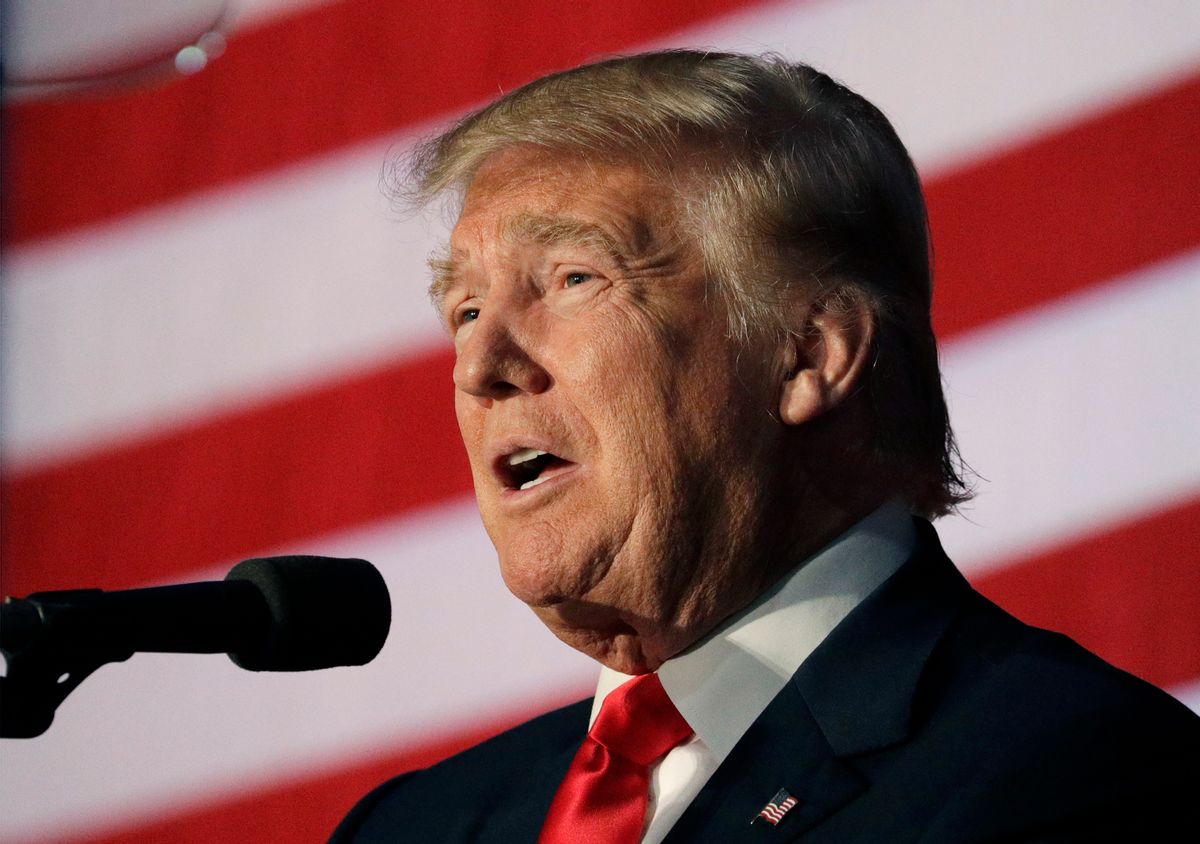 There’s a whole lot of lying going on in Trumpland. Old Man Trump has a shaky grasp on reality: from outright denials of something easily provable (like his claim that he didn’t tweet that global warming was a Chinese conspiracy, when anyone with internet access can see that he did) to statements so obviously false that no one needs to prove them otherwise (like his claim, that he finally walked back, that Obama founded ISIS). But his popularity suggests that his constituents are happy to swallow every wingding he throws them and barely shrug when he is caught out by the better informed.

As a professor with a recent book on forgery, I’ve made a study of how criminals construct plausible lies. Art forgers succeed when they create an object that is carefully and tightly woven into true history, so that its existence is plausible. The object, a three-dimensional, hand-crafted lie, is simply posing as an object that has been lost, like a painting by Rubens that is referenced in historical documents but the location of which is unknown. It takes research and wile to lace these lying objects with threads of truth that make them plausible, even to experts, who in theory should know better.

The irony of the Trump case is that none of the usual approaches apply to his falsehoods. He makes little effort to mask his lies because he has already established himself as a liar (“Trump being Trump”), just like he can get away with saying almost anything because he’s already established himself as an asshole. (See the recent book by Aaron James, "Assholes: A Theory of Donald Trump.")

His is a very different strategy, one in which he understands that his fans are his fans, regardless of what he says, even against them. (He makes sexist comments constantly, yet some women will vote for him; his racist comments won't stop some minorities from voting for him, too, against all logic.) Most of his falsehoods are so blatant that they require no analysis or investigation to uncover.

Many Americans unfortunately believe whatever they hear most often and at the highest volume. Trump throws out conspiracy theories that make some folks think, Huh, really? But these are the folks who will not delve further but are satisfied by the vehemence with which the statement was said.

So how does Trump construct his more elaborate lies? His implausible utterances come in two forms, one more disconcerting than the other.

Esquire's Charles P. Pierce recently noted that Trump entirely made up a “fact” that there were nearly riots in “11 cities” in the U.S. because there were calls for a “moment of silence” to honor Micah Johnson, the gunman in Dallas who shot and killed five police officers. This is an advanced level of lie, one that feels far more carefully constructed than the usual eruptions, like denying something he clearly said or tweeted.

First, there was the calculated real-sounding pseudo-specificity of saying “11 cities.” Not “lots of cities,” not “a city” and certainly not naming particular cities (so this statement could then be checked out). But “11 cities” sounds like a non-invented number. (Since it is not a round number; it doesn’t sound approximate but rather accurate.) It’s a good choice for a lie. People trust specificity, but that specificity can also be investigated, and so this phrase strikes a careful balance. Then he added the “moment of silence” which in its brevity and passivity (people usually do nothing during a moment of silence, so it is difficult to spot them doing it) is very hard to prove or disprove as having happened.

Now, not one news source, liberal or conservative, in the U.S. found any evidence to back up his statement (either the “11 cities” part or the “moment of silence” part). So it was clearly a lie. But the level of artistry or orchestration in designing it made this statement feel less like “Trump being Trump” and more nasty, engineered to encourage fear and the sense that violence, often in support of him, is boiling over.

Any one of the dozens of Trump’s fraud-filled statements would sink another politician’s career. But Trump seems to be on a roll with outrageous and overtly false comments. Maybe there’s something to this tactic. If you accidentally say one thing that’s offensive, or a lie, and you’re caught doing so, and you appear with your tail between your legs to apologize, that can end a career.

But repeatedly boldly stating offensive things and lies and proudly boasting of this as a character trait, something not to apologize for but to amplify — then it’s a ticket to complete freedom. Because people, even your fans, already think you’re a lying asshole. They expect, even are eager, for more outrageous statements.

Now that he’s gotten the ball rolling, he can say anything he likes. And this is a brilliant strategy. It recalls the TV show "South Park." It is so offensive, offending every ethnic and political group it can find, that on the balance, it winds up offending no one. It's just “South Park" being "South Park.” And so the show can get away with anything. Trump seems totally unfazed when caught in a bald-faced lie. He shrugs and moves on. His fans seem to do likewise. Truth is of no particular importance, to him or them.

But then there’s the little matter of what he refuses to lie about or honestly deny.

During the presidential debate, one thing Trump refused to speak out on, neither denying nor confirming, is whether he paid any federal income tax in recent years. Now that’s interesting.

Several major news sources pointed out that Clinton's accusation about federal tax payment really tripped up Trump — in what appeared to be almost a confession — or at least a refusal to outright deny that he has not paid all the taxes he should have in recent years. Even his aides were avoiding the question afterward.

Now, normally if you’re accused of something that could be interpreted as a serious crime, you would vehemently deny the accusation or dismiss it as so ridiculous that it is unworthy of a response. Those are the natural responses of the innocent, particularly an alpha male like the Donald. Trump did neither.

Yesterday, the New York Times published a story revealing details of Trump's 1995 tax filings that show a major loss of income — more than $916 million — which could have caused Trump to not have to pay federal income taxes for years after.

This time, it was Trump’s refusal to speak out that hinted at a possible truth. The one time he refuses to lie perhaps he reveals meaning in that refusal.