Trump tries for empathy, lands on narcissism, explains to an audience of veterans the "horror stories" of war 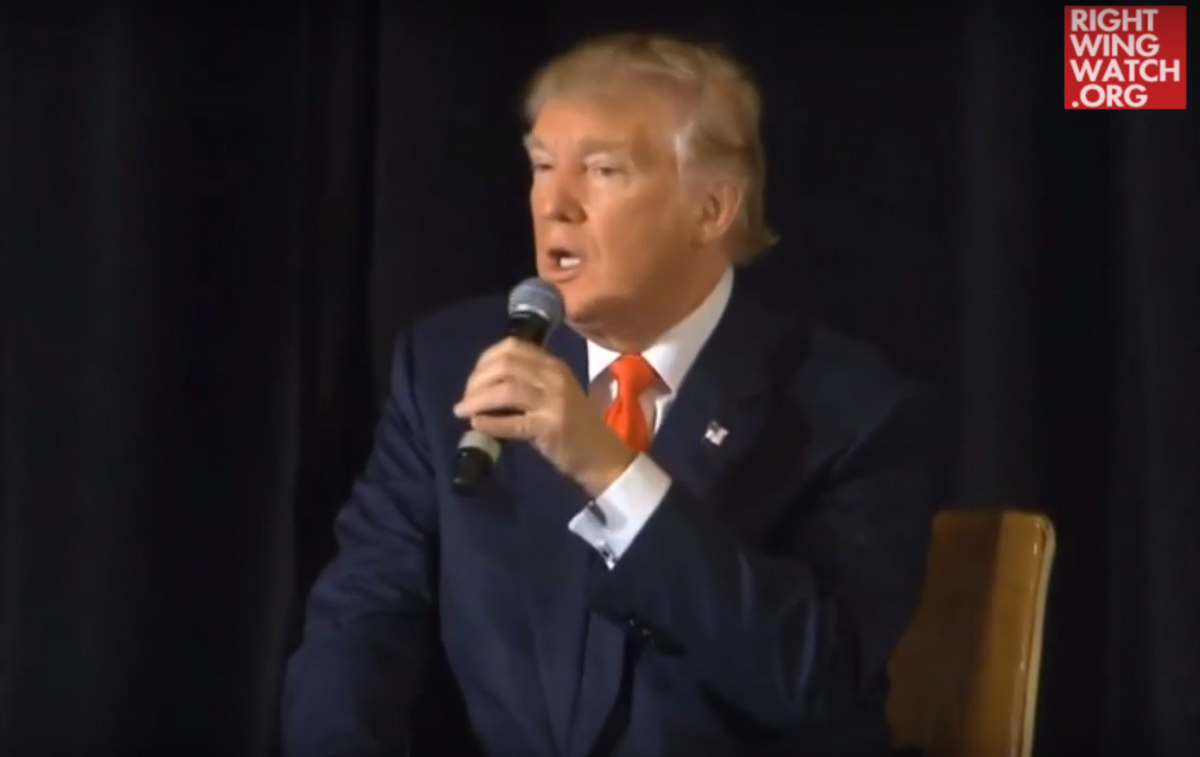 Donald Trump on Monday suggested veterans with PTSD "can't handle" the psychological toll of combat. The Republican nominee — who benefitted from four deferments from the draft during the Vietnam War — was apparently trying to convey sympathy for veterans with PTSD, but tripped over his own faux-machismo.

Asked by an audience member if he'd support a "more holistic approach to solve the problems of veteran suicide and PTSD," Trump responded that "a lot of people can't handle it (combat), and they see horror stories, they see events that you couldn't see in a movie, nobody would believe it."

"When people come back from war and combat and they see maybe what the people in this room have seen many times over, and you're strong and you can handle it," he told the audience of veterans at a town hall-style event in Virginia hosted by the Retired American Warriors PAC. "We need ... mental health help and medical."

"Actually, it's 22," Trump responded. "It's almost impossible to believe that this is happening in our country." (Of course, his stat was fact-checked to be false, as his statements tend to be. Though at one point 22 veterans were committing suicide daily, the VA Suicide Prevention Program in a July 2016 report updated the figure to 20.)

Trump fell out of favor with Arizona Sen. John McCain in July after he suggested the Vietnam veteran who spent five years as a P.O.W. "was a war hero because he was captured. I like people who weren’t captured.”