Robert Reich: Why it's time to start considering a universal basic income

As the job market will contract, there's only one solution to mass unemployment 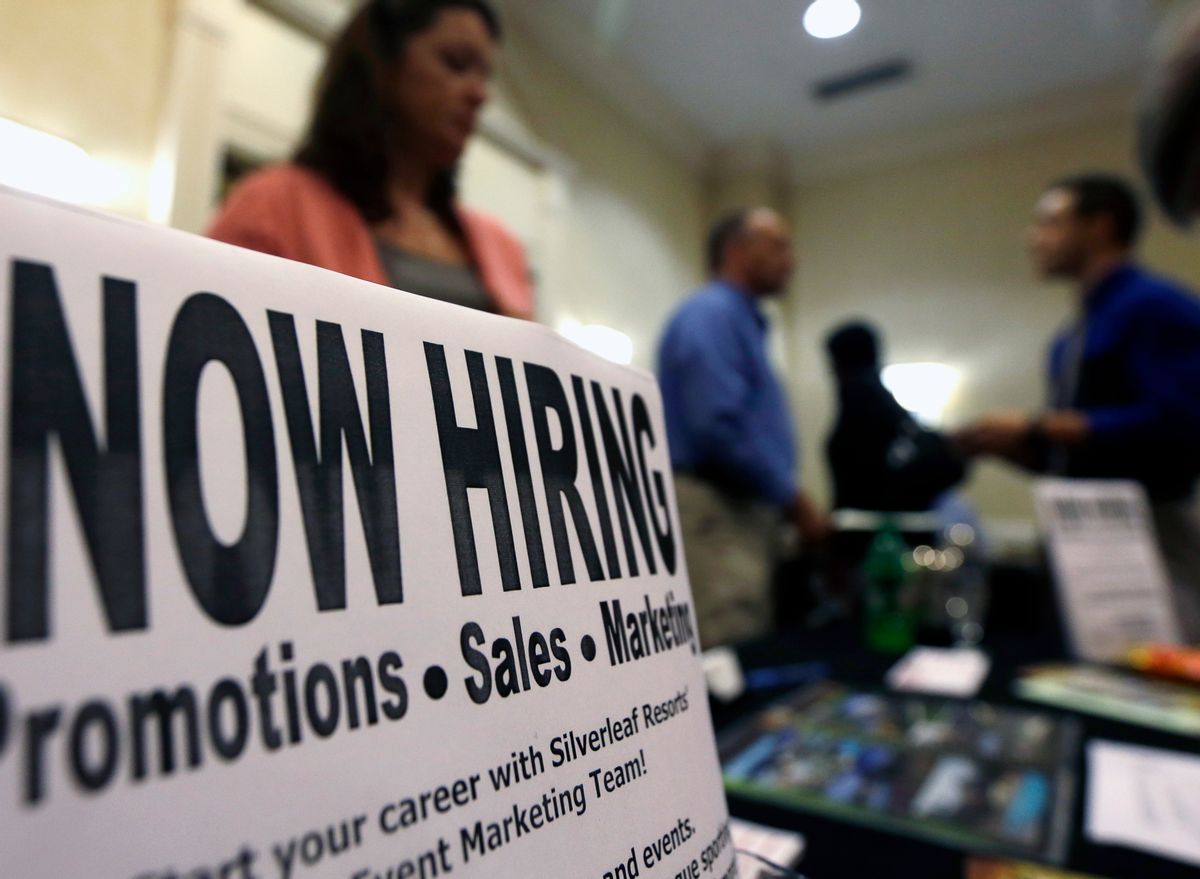 Imagine a little gadget called an i-Everything. You can’t get it yet, but if technology keeps moving as fast as it is now, the i-Everything will be with us before you know it.

A combination of intelligent computing, 3-D manufacturing, big data crunching, and advanced bio-technology, this little machine will be able to do everything you want and give you everything you need.

There’s only one hitch. As the economy is now organized, no one will be able to buy it, because there won’t be any paying jobs left. You see, the i-Everything will do … everything.

We’re heading toward the i-Everything far quicker than most people realize. Even now, we’re producing more and more with fewer and fewer people.

Internet sales are on the way to replacing millions of retail workers. Diagnostic apps will be replacing hundreds of thousands of health-care workers. Self-driving cars and trucks will replace 5 million drivers.

Researchers estimate that almost half of all U.S. jobs are at risk of being automated in the next two decades.

This isn’t necessarily bad. The economy we’re heading toward could offer millions of people more free time to do what they want to do instead of what they have to do to earn a living.

But to make this work, we’ll have to figure out some way to recirculate the money from the handful of people who design and own i-Everythings, to the rest of us who will want to buy i-Everythings.

One answer: A universal basic income – possibly financed out of the profits going to such labor replacing innovations, or perhaps even a revenue stream off of the underlying intellectual property.

The idea of a universal basic income historically isn’t as radical as it may sound. It’s had support from people on both the left and the right. In the 1970s, President Nixon proposed a similar concept for the United States, and it even passed the House of Representatives.

The idea is getting some traction again, partly because of the speed of technological change. I keep running into executives of high-tech companies who tell me a universal basic income is inevitable, eventually.

Some conservatives believe it’s superior or other kinds of public assistance because a universal basic income doesn’t tell people what to spend the assistance on, and doesn’t stigmatize recipients because everyone qualifies.

In recent years, evidence has shown that giving people cash as a way to address poverty actually works. In study after study, people don’t stop working and they don’t drink it away.

Interest in a basic income is surging, with governments debating it from Finland to Canada to Switzerland to Namibia. The charity “Give Directly” is about to launch a basic income pilot in Kenya, providing an income for more than 10 years to some of the poorest and most vulnerable families on the planet. And then rigorously evaluate the results.

As new technologies replace work, the question for the future is how best to provide economic security for all.

A universal basic income will almost certainly be part of the answer.