“She’s probably the best on foreign policy at the moment,” Paul said of the Green Party nominee on Monday 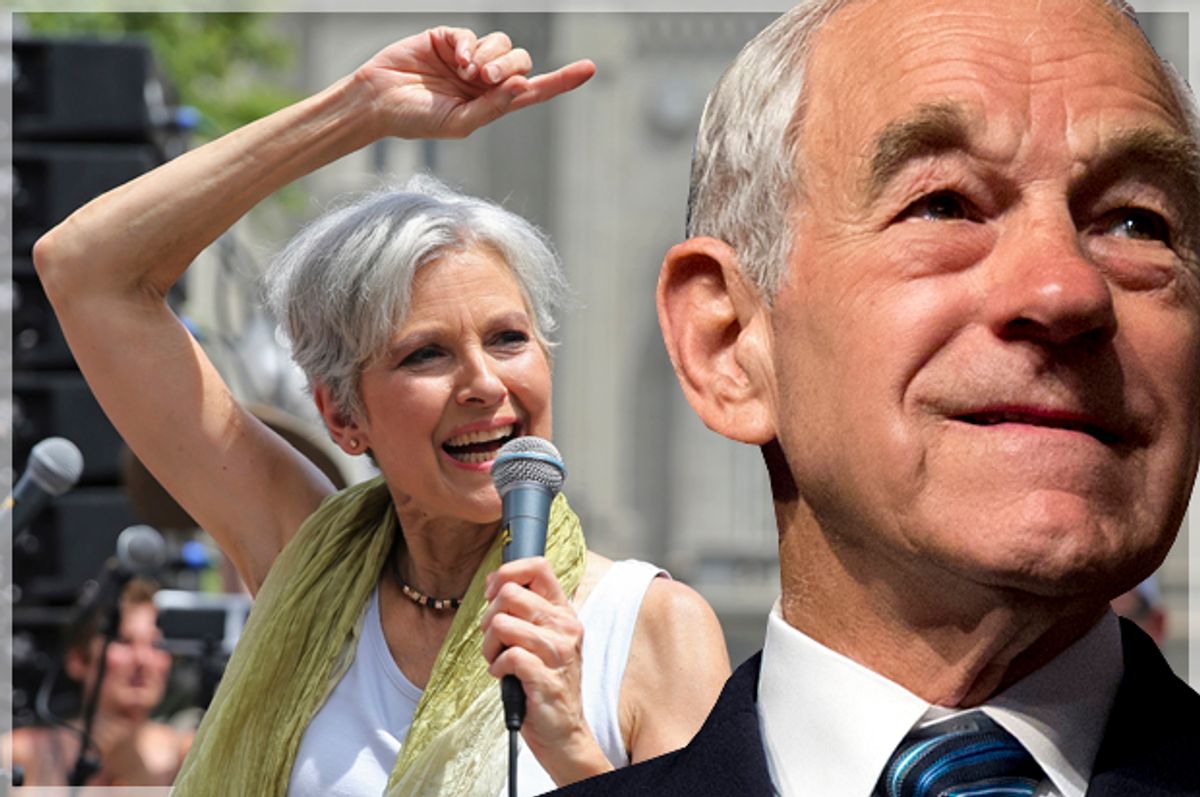 Former Texas congressman Ron Paul, a longtime hero of the libertarian right, surprised many on Monday when he told MSNBC that he has no plans to back Libertarian Party presidential nominee Gary Johnson.

Paul, who himself was the Libertarian nominee in 1988 and ran as a Republican primary candidate on several subsequent occasions, said he actually prefers Green Party nominee Jill Stein on important issues like civil liberties and foreign policy.

“She’s probably the best on foreign policy at the moment,” Paul said, stressing that he hasn't endorsed anyone for president yet.

"On Gary Johnson,” Paul explained, “he does not come across with a crisp libertarian message.”

"If you want to express yourself — I am voting for the non-aggressive principles that create the libertarian message. And that is, nobody can commit aggression. Individuals cannot, nor the government. Unfortunately, there's not a crisp answer," Paul said, referring to Johnson.

Paul continued: “On occasion, Gary will say something good about the economy. Even Donald Trump -- I find him talking about the bubble that the Federal Reserve created. All those things, if you put them together, you come up with a libertarian message.”

Paul earlier told Fox Business that he is “disappointed with the performance of the Libertarian leaders.”