WATCH: Donald Trump campaign says a woman's most important job is being a mom in ad 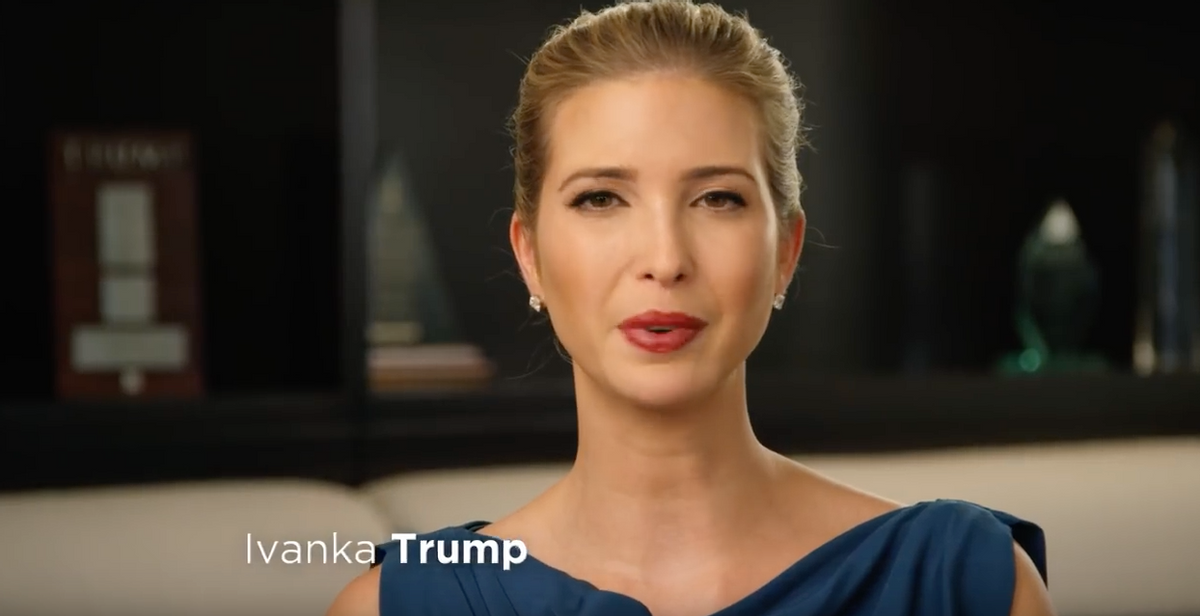 But the ad also seems to argue that working women are mothers first and foremost.

"The most important job a woman can have is being a mother," Ivanka Trump says at the outset. Trump, an Ivy League graduate who is an executive vice president at a billion-dollar organization, says she's "a mother, a wife and an entrepreneur."

Donald Trump's proposed childcare policy wouldn't help middle-class families much. As Simon Maloy wrote last month, "Generally speaking, a tax deduction like this, by its very nature, will be more valuable for those taxed at a higher rate and who can spend more money on child care." When Ivanka was asked about the plan — which would not necessarily benefit same-sex couples — her father lashed out at the reporter who questioned her.