Bullsh**ter of the day: Gary Johnson, for being proud he can't use a map or something 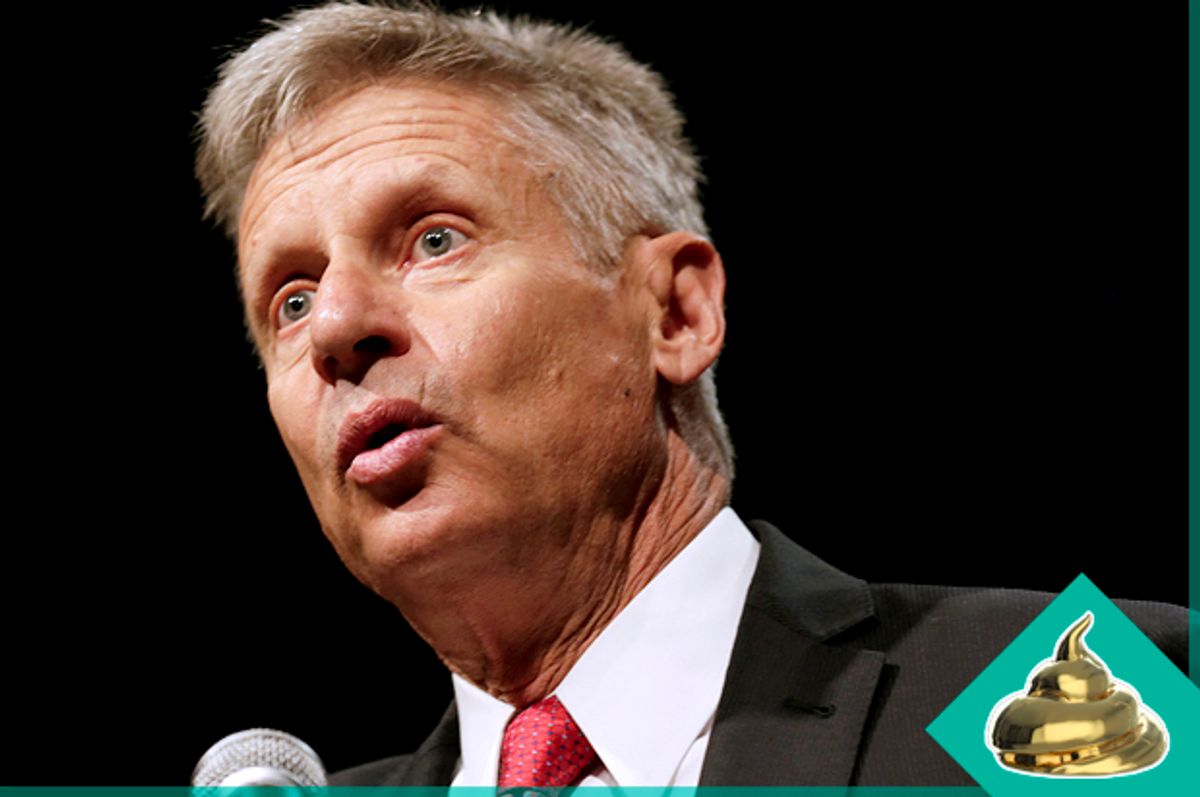 "The fact that somebody can dot the I's and cross the T's on a foreign leader or a geographic location then allows them to put our military in harm's way."

Watch the clip courtesy of MSNBC:

Johnson's had a rough few days. He's been asked (publicly! How dare you, media?) questions about foreign leaders and overseas cities that he didn't have an answer for. And no one likes to be put on the spot. So he was trying to explain to Andrea Mitchell why he didn't know where (or what) Aleppo is or why he couldn't come up with any foreign leaders he looks up to.

Is there any merit to this claim?
If Johnson’s intention was to let people know that in order to send troops somewhere you need to be able to name that place, then yes, I suppose there is some merit to that. But he is in effect telling us that the only way to ensure a sensible foreign policy is to be completely ignorant of geography and world leaders. And that is bullshit.

Is this the first time he has come out with a load of bullshit?
One of the most memorable lines of this election will undoubtedly be Johnson's "What is Aleppo?" But perhaps, my personal favorite was earlier today, when he admitted that, well, he might not be suited for president. Ignorance is bliss--or a major threat to national stability.