Clinton's hopes rest on turnout: Planned Parenthood, Latino groups focus on getting out the vote 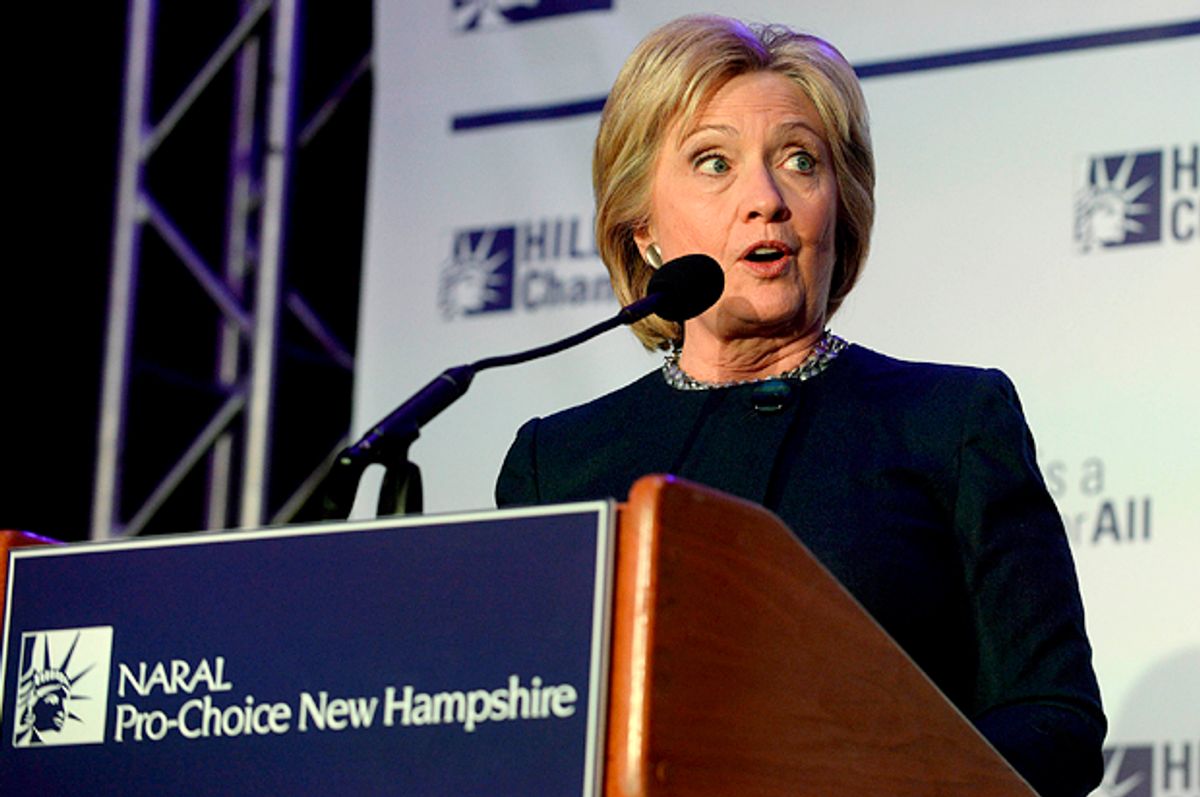 Hillary Clinton is surging ahead in the polls after the glorious beatdown she delivered to Donald Trump in the first presidential debate, but she and her supporters are not leaving anything to chance. With little more than a month left to go until the election, get-out-the-vote efforts are being dramatically cranked up.

As Gabriel Debenedetti of Politico reported last week, the Clinton campaign is "activating the massive surrogate machinery, a heavy early voting push, and a large-scale registration offensive" based largely on the model used in both 2008 and 2012 by the Obama campaign to turn out Democratic-leaning voters.

Clinton isn't doing this alone. Major progressive organizations are focusing their efforts on reaching out to voters and explaining exactly why they need to register, turn out and pull the lever for Clinton.

"We invested, earlier in the cycle, in some modeling that is kind of like our secret sauce, to find undecided voters who care deeply about access to reproductive health care and access to safe and legal abortion and are in swing states," Deirdre Schifeling, the executive director of the Planned Parenthood Action Fund, explained in a phone interview. "We have identified 3 million voters in those swing states that we believe we can move by talking to them about what’s at stake in this election and the differences between Donald Trump and Hillary Clinton."

The campaign involves phone banking, mailed advertisement, digital ads and some paid media, but "the real heart and soul of our program", Schifeling said, is door-to-door canvassing.

It might surprise hardcore political junkies who follow every word that tumbles out of Trump's mouth, she said, but many voters are unaware of Trump's hard-right views regarding reproductive health care.

While the big push, which is tied to the healthcare organization's 100th anniversary, has only just begun, this political arm of Planned Parenthood has already produced some promising results. Thirty percent of the people it has contacted are undecided and they frequently lean more towards Clinton after speaking with a canvasser.

While few voters rank reproductive rights high on their priority list when speaking to pollsters, Schifeling said, "being against Planned Parenthood and being against access to safe, legal abortion plays a signifying role" that can disqualify a candidate in a voter's eyes.

While the focus is largely on educating voters about Trump's anti-choice views and Clinton's progressive record, Planned Parenthood's activists are also talking with voters about down-ticket races.

“Over the past six years, there have been more than 330 restrictions passed into law at the state level restricting access to abortion," Schifeling said. The Planned Parenthood Action Fund is highlighting the role that state legislators and members of Congress are playing in rolling back access to reproductive health care.

Already some Republicans are feeling the heat. As I reported on Tuesday morning, Sen. Kelly Ayotte, R-N.H., has taken notice of Planned Parenthood's voter outreach and has resorted to condom giveaways in an effort to confuse voters about her lengthy record in voting against access to reproductive health care.

While it's hard to match the $30 million effort that Planned Parenthood Action Fund is undertaking, People for the American Way is also rolling out an impressive campaign to reach Latino voters in swing states.

Moreno, who is one of the only 12 people in history to hit the EGOT (Emmy, Grammy, Oscar and Tony), was particularly fired up.

"I have never seen people so angry and so motivated to vote," she said, adding that she was particularly happy to hear that people from Puerto Rico, where she was born, are the focus of a targeted push in some states.

“I don’t think we’ve ever, ever had a presidential candidate as xenophobic and, my word, unhinged as Donald Trump," Moreno said.

"We can make it happen," Huerta said, chiming in. "Sí se puede!" Huerta has been doing events with the People for the American Way and other groups to help turn out Latino voters.

The Latinos Vote! campaign includes a Spanish-language radio ad featuring a mother of military veterans expressing her disgust at Trump saying things like, "He’s a Mexican. I’m building a wall," and "This is a country where we speak English – not Spanish.”

There is also a digital push, featuring this cartoon, targeted at Latino voters. The popular norteño band Los Tigres del Norte has also leant a hand, recording an ad for the campaign and encouraging fans at their shows to vote for Clinton.

Democratic candidates typically face a turnout problem. The party's core constituencies are historically less likely to vote than the main Republican constituency of older white people. Getting young people, women and people of color to the polls is absolutely critical to Clinton's hopes of handing Trump a conclusive defeat in November.