Neoliberal Clinton is the Left's best bet: Democrats, not Republicans or Trump, expose the establishment's limits 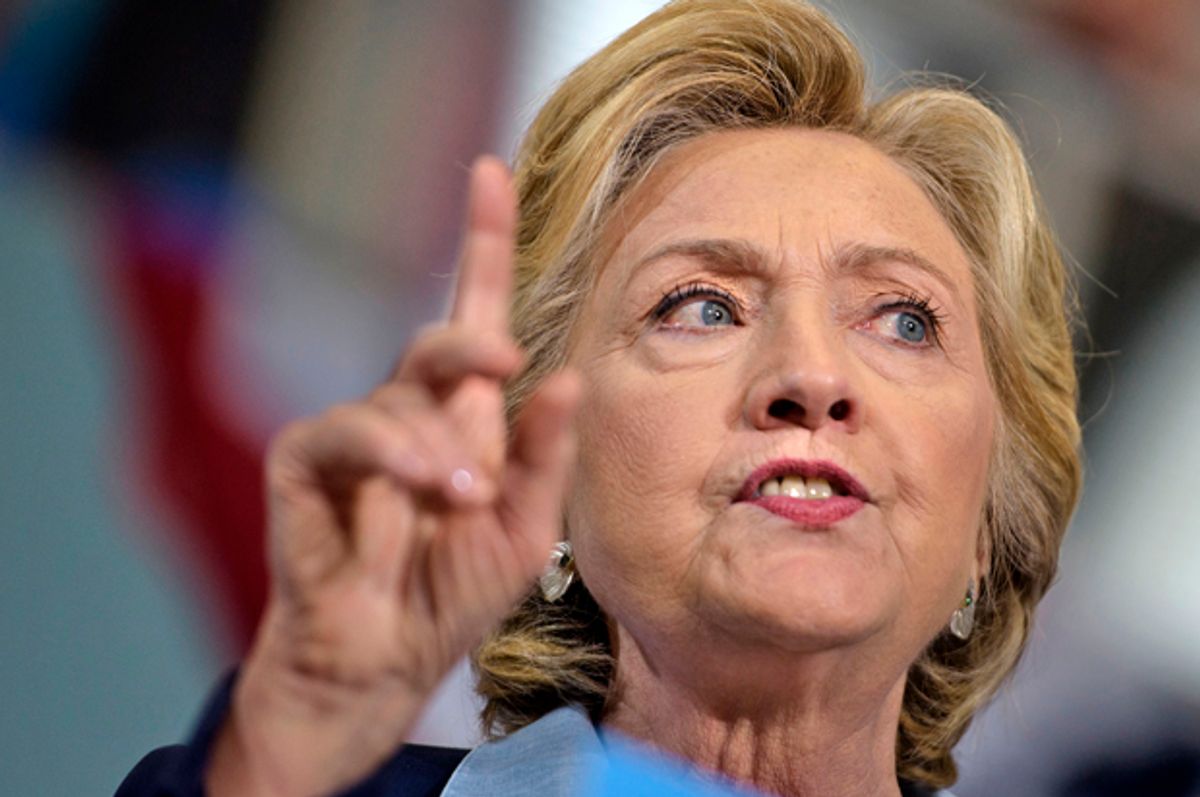 I’m probably not voting for Hillary Clinton, but I hope that she wins. I agree with the argument that the lesser of two evils is, by definition, less evil. But my claim here is not about evil versus evil, it's about organizing and building mass movements: the left will do better with Clinton in the White House than with Donald Trump. It’s Democratic presidents that heighten the contradictions of the political-economic order, not Republicans — and certainly not a brazen white nationalist demagogue like Trump. Establishment liberals demonstrate the limitations of establishment liberalism while Republican administrations obscure just that, pushing most anyone left of center to embrace a mantra of “anybody but Bush” and maybe, because nightmares do come true, “anybody but Trump” in 2020.

This has held true in recent decades. After taking office in 1992, Bill Clinton worked to align the Democratic Party with corporate elites and to appeal to white voters at the expense of poor black people. The result was NAFTA, the expansion of mass incarceration, and the destruction of welfare as we knew it. I have nothing nice to say about this policy disaster, or about Hillary Clinton’s participation in it. But what’s also true is that in the late 1990s, the left, after years of defeat and disarray amid post-communist neoliberal triumph, began to put itself back together in the movement against corporate globalization.

The spectacular shutdown of the 1999 WTO meetings in Seattle, and the mass protests that followed in Quebec City, Washington D.C. and at the major party conventions in Los Angeles and Philadelphia, represented a big and bold new movement that united students, environmentalists and union members. Soon, that incipient movement sputtered to a halt.

George W. Bush’s two terms, and the September 11th attacks that defined his administration, were an absolute disaster for most everyone, including for the American left. Prior to the attacks, IMF-World Bank meetings were scheduled in Washington D.C. for the end of September 2001, and protests were planned against them. After the attacks, both were cancelled. And so, by and large, was the movement. What followed was eight years playing defense as two wars were launched (with Democratic backing), Guantanamo Bay became an extra-constitutional prison camp, the right-wing solidified its power on the Supreme Court, and labor rights and environmental protection were shredded — and so on.

Instead of focusing the left’s attention and organization, the horrible state of affairs under a right-wing president obliterated both. The anti-war movement, marginal at the dawn of the Afghanistan War, did spring to life in opposition to the 2003 invasion of Iraq. Yet in a few years that movement fell apart as both wars continued unabated and much opposition was absorbed into the meekly-protesting Democratic Party’s effort to retake Congress. Under Clinton, the left had been able to highlight its key points of opposition to the ruling Democratic Party elite and mobilize a broader constituency against them. Bush sent left-leaning liberals running for shelter into the arms of pretty much any Democrat.

Radicals stayed radical. But there was little forward progress, and no broader swath of the American public to win over to left-wing politics. The overriding focus under Bush wasn’t to challenge or change the Democratic Party but simply to fight Bush. The horizon for possible change shrunk.

By 2004, the left was in such a horrible state of disorganization that former Vermont Governor Howard Dean, a commensurate middle-of-the-road type, was deemed by many to be some kind radical savior by virtue of the simple fact that he opposed the Iraq War. The substance of his rebellion was as facile as the mischaracterized “scream” that undid it. By 2008, disaffected progressives flocked to moderate Barack Obama as a candidate and also as a font of cathartic healing. Instead of substantive politics, people hoisted cult-like images of Obama’s face accompanied by the words “hope” and “change.”

And then came the Obama presidency. On a policy level, it was a truly mixed bag. Obama was great on some things, and horrible or mediocre on others. But the things Obama was horrible on were mostly matters that a Republican would also be horrible on. Social movements, however, have thrived.

The immigrant rights movement, after Obama continued Bush’s mass deportation campaign, mobilized and secured major protections. Occupy Wall Street erupted to condemn bipartisan support for Wall Street because Dodd-Frank, which Republicans want to kill, was good but not close to good enough to bring big finance to heel. Black Lives Matter emerged not because police killings were a new thing but because the election of the first black president highlighted the limits of symbolic victories. Fight for 15 brought the demand for a huge minimum wage hike from the margins to mainstream. On the electoral front, the Obama years fostered not a milquetoast challenger like Dean but democratic socialist Bernie Sanders’ historic campaign. The anti-war movement is still nowhere in sight. But on so many other issues, Americans on the left are mobilized like never before and winning new people over to the cause.

Under Obama, the left has thrived not so much because the president has actively assisted it — though in some cases, like, say, the appointment of Vanita Gupta to head the Justice Department’s Civil Rights Division, he certainly has — but rather because a neoliberal Democratic presidency helps focus the left’s attention and its mobilization.

Again, I’m not endorsing Hillary Clinton. As should be clear, I oppose the politics of neoliberal Clintonian triangulation. And while I agree that many third party voters seem to wrongfully believe that casting a ballot is an act of personal expression rather than a tactical action, I’m not surprised that many Americans believe this: the idea that one votes for the candidate they like best is a basic tenant of the American political imaginary. People bristle to lectures on voting strategically in part because they have taken American democracy at its word. Establishment liberals chide third party voters for being naïve and non-pragmatic but establishment liberals are the ones being both of those things: One can no more wish third party candidates out of existence than they can close their eyes and make the two-party system go away. Both are longstanding features of American electoral politics, and the only way to win over most third party voters is to, well, win them over.

Condescending essays endeavoring to shame or guilt-trip people on the left into voting for Democrats often proliferate in the months leading up to a presidential election. This year, they have less credibility than ever when written by people who opposed a historic campaign waged by a democratic socialist challenger during the Democratic primary when there was absolutely no “spoiler” argument to make.

It’s not very important whether the relatively small number of people on the organized radical left vote for Clinton. (And since I don’t live in a swing state, unless Clinton starts to blow it even more than she already has, I won’t be voting for her either.) I do, however, think that it’s important that people on the left have a clearheaded analysis. It’s obvious that a Clinton presidency is far preferable not only on a policy level but also from the perspective of movement-building. The left is gaining strength, and a Trump presidency could undo many of its gains. If you want to heighten the contradictions, that means hoping for or if need be voting for a Clinton presidency. Clinton will be more responsive to movement pressure than Trump. And just as fundamentally, she will remind millions why the Democratic establishment will not and cannot bring about the transformative change that challenges the wealth and prerogatives of the class it represents.