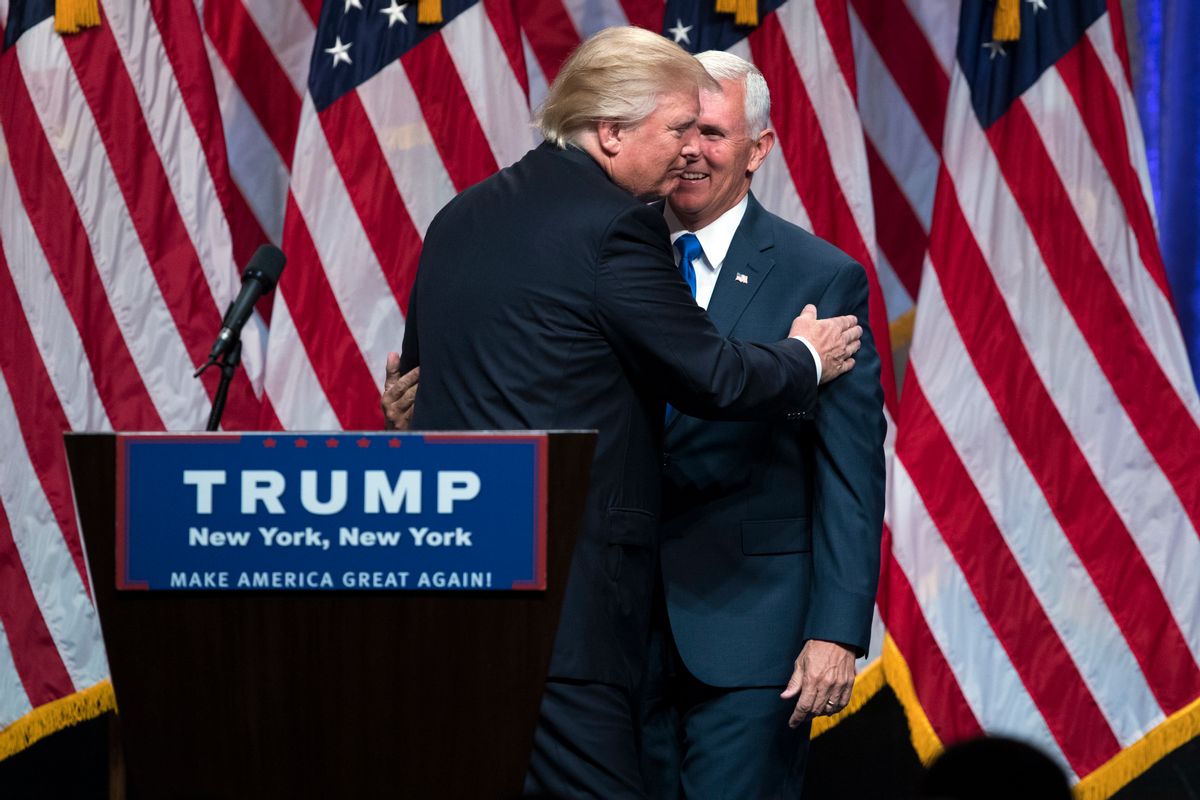 Punditry consensus appears to show that Republican Gov. Mike Pence of Indiana won Tuesday night's vice presidential debate against his Democratic rival, Virginia Sen. Tim Kaine. And though that ought to be a nice consolation prize for Donald Trump — who, if nothing else, made the case for debate prep during last week's face-off with Hillary Clinton — early reports suggest the Republican presidential nominee isn't happy with his new spot as second fiddle.

Worse than outright "dominating" the debate, Pence may have done so at the expense of his running mate. Never fully defending his candidate from Kaine's criticism, Pence chose instead to pivot or simply to deny a Trump quote that's easily Google-able.

According to Business Insider's Josh Barro, "The emerging conventional wisdom after the debate seems to be that Pence greatly outperformed Trump and that he did so by declining to defend Trump, acting as if he were running his own candidacy and even setting his own policies."

It’s a fair bet that Clinton will praise Tim Kaine’s performance and continue executing her campaign strategy. It’s entirely possible that Trump, who has already been acting erratically, will start sniping at his own running mate, complaining about the media, or engaging in outrageous antics to recapture the spotlight. If that happens, Pence’s strong performance will prove a net negative for the ticket.

Trump likes loyalists and sycophants, and Pence’s strategy, while smart for his 2020 hopes, was neither particularly loyal nor particularly sycophantic.

If Trump is unhappy with his running mate, he's showing remarkable restraint on his Twitter account  — usually his first stop when he has a grievance to air. Minutes after the conclusion of Tuesday's debate, he tweeted the following: