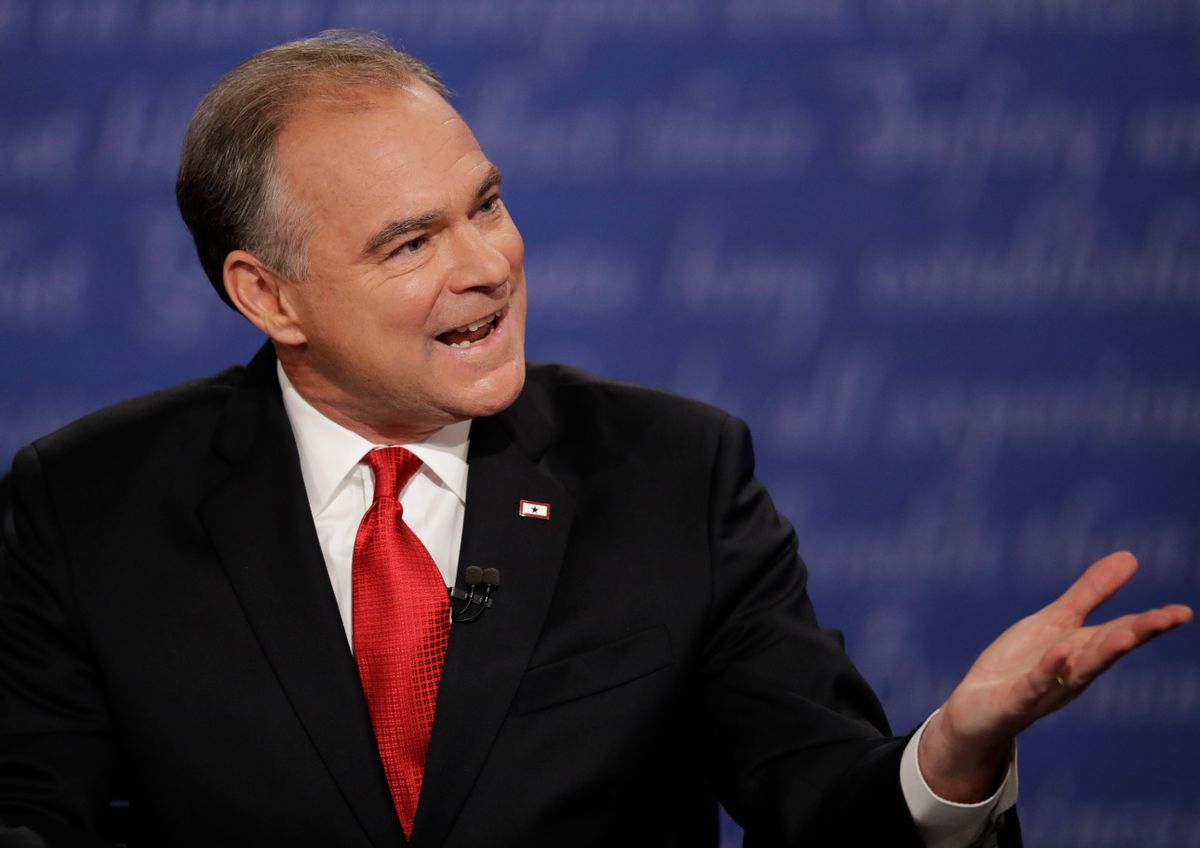 WASHINGTON — There's little room for variety in political debate menswear. But Tim Kaine's lapel pin is slightly different than a similar American flag one worn by his opponent, Mike Pence.

Kaine's pin honors his son, a U.S. Marine serving overseas. The symbol, a single blue star on a white background ringed in red, is that of "Blue Star Families" who have loved ones in the military who are in harm's way.

The Democratic Virginia senator, Hillary Clinton's running mate, also wore the pin during his prime-time speech this summer at the Democratic National Convention in Philadelphia.

At the time, the fashion choice drew the attention of the North Carolina Republican Party, whose Twitter account incorrectly identified it as a "Honduras flag pin." The party later deleted the Tweet.

Elections 2016 From The Wires Tim Kaine