The Prince museum: Paisley Park visitors will get to see icon's studio and mementoes when it opens 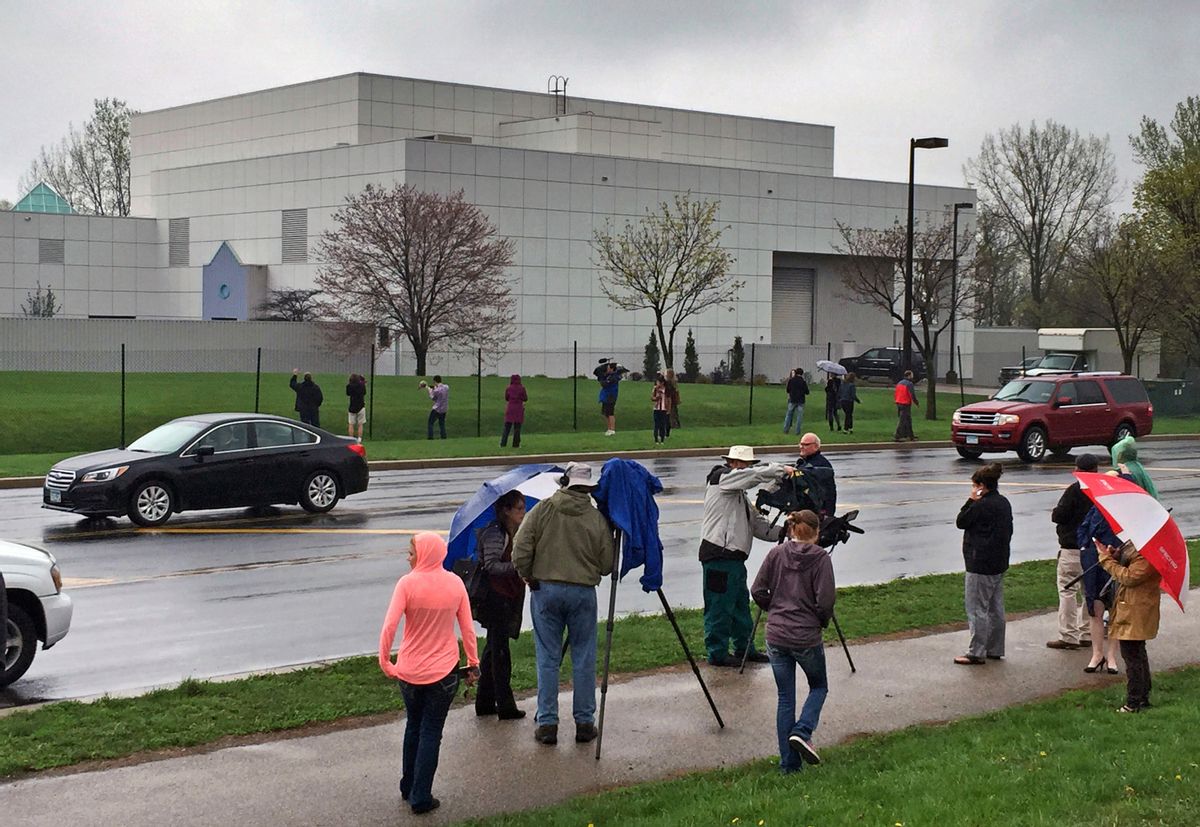 FILE - In this April 21, 2016, file photo, people stand outside the entertainer Prince's Paisley Park compound in Chanhassen, Minn. This week's public opening of Prince's suburban Minneapolis estate and studio complex likely will be delayed because the city council indefinitely postponed voting on a rezoning request for the complex to be operated as a museum. The Chanhassen City Council tabled the request Monday, Oct. 3. Paisley Park tours were due to begin Thursday, Oct. 6. (Jim Gehrz/Star Tribune via AP, File) (AP)
--

CHANHASSEN, Minn. — Prince's handwritten notes still sit out in the control room of Studio A at Paisley Park, where he recorded some of his greatest hits and was working on a jazz album before he died. The room is filled with his keyboards and guitars, and his iconic symbol graces the control panel.

Those are some of the highlights visitors to Paisley Park will see when the 65,000-square-foot studio complex, where Prince died of an accidental painkiller overdose in April, opens for its first public tours Thursday, NBC's "Today" show reported from the museum Wednesday.

It will open under a temporary permit Thursday — and only two other dates for which tickets had already been sold — instead of daily as originally planned, after city council members in the Minneapolis suburb of Chanhassen delayed action on rezoning because of concerns about public safety and traffic. It's unclear when the museum will be allowed to begin full-scale tour operations, but the council said it would vote on the issue again "on or before" Dec. 20.

Graceland Holdings, which runs Elvis Presley's Graceland in Memphis, Tennessee, is managing the museum for the Prince estate.

When tours begin, fans entering the Purple Rain room will see the script, guitar and a motorcycle that Prince rode in the 1984 movie of the same name. The Oscar that he won for music in the movie is displayed in that room, and the movie will play on one wall.

Prince kept nearly all of his custom-made outfits — about 6,000 pieces of clothing and 1,000 pairs of shoes — and many are on display.

Hallways lined with gold records and other awards guide visitors to the NPG Music Club, where Prince entertained friends and perform for small groups. Private living quarters are off-limits.

NBC's reports made no reference to Prince's remains. But Frank Wheaton, an attorney for Prince's half brother, Alfred Jackson, told The Associated Press that artifacts on display will include Prince's ashes in an urn.

One of Prince's older sisters told NBC that her brother's energy and spirit is evident in the exhibit.

"It's truly Prince. He thought all this through," Norrine Nelson said. "He had a vision and he finished it."

"I want them to maybe feel like maybe they saw Prince up close," she said. "Sometimes when you're a fan, you get to only to see them from a seat, but this way, you're almost face-to-face with him."