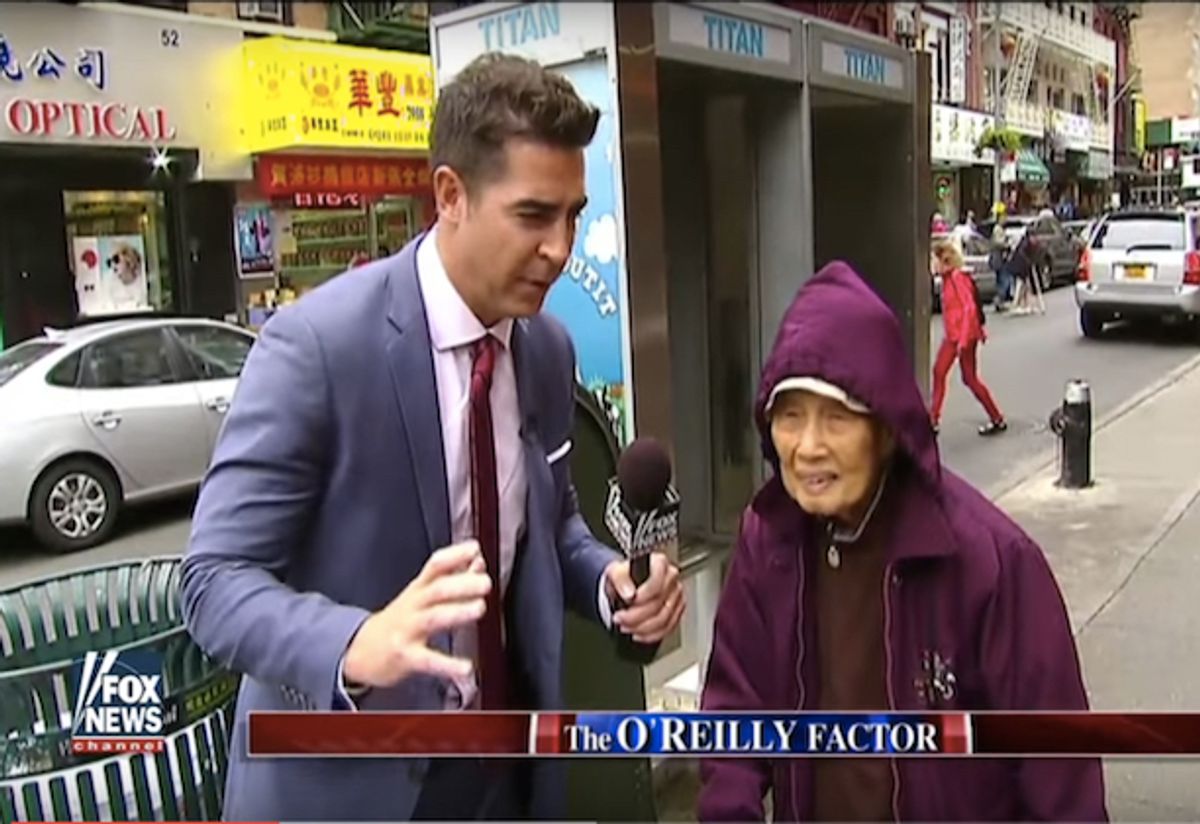 After watching the vile Jesse Watters' latest "O'Reilly Factor" segment, it's easy to see why the Fox News host is so fond of saying, "This is my world." Bill O'Reilly's annoying sidekick was recently sent to New York City's Chinatown to gauge support for Donald Trump among the fastest-growing demographic in the United States: Asian-Americans.

But within seconds, it became painfully clear, that like countless other "Watters' World" schticks, this one went real south really fast.

“China was mentioned 12 times, mostly in a negative way, especially by Donald Trump,” O’Reilly said about last week’s presidential debate. “So we sent Watters down to New York’s Chinatown to sample political opinion."

"Am I supposed to bow to say hello?" Waters started by asking two women on the street. The segment, if you can believe, got worse, spiraling into a burning dumpster fire of racist stereotypes and lazy attempts at humor at the expense of Chinese-Americans.

Watters asked one street vendor: “I like these watches. Are they hot?” Watters added subtitles to a man speaking perfectly comprehensible English.

“Do you know karate?” he asked another man.

"Is it the year of the dragon?" he pressed another.

Aside from the usual racism served up in the typical "Watters World" clip, Watters' Chinatown segment was particularly offensive in its exploitation of people with limited English skills for cheap laughs.

When one women did not answer one of Watters' offensive questions, Fox News spliced a movie clip of a woman yelling, “Speak! Speak! Why don’t you speak?”

But back in the studio, O’Reilly dismissed any complaints of cultural insensitivity, saying, “I know we’re going to get letters ... It was gentle fun.”

"It was all in good fun," Watters agreed.

Needless to say, not many others on social media found Watters particularly "hilarious":