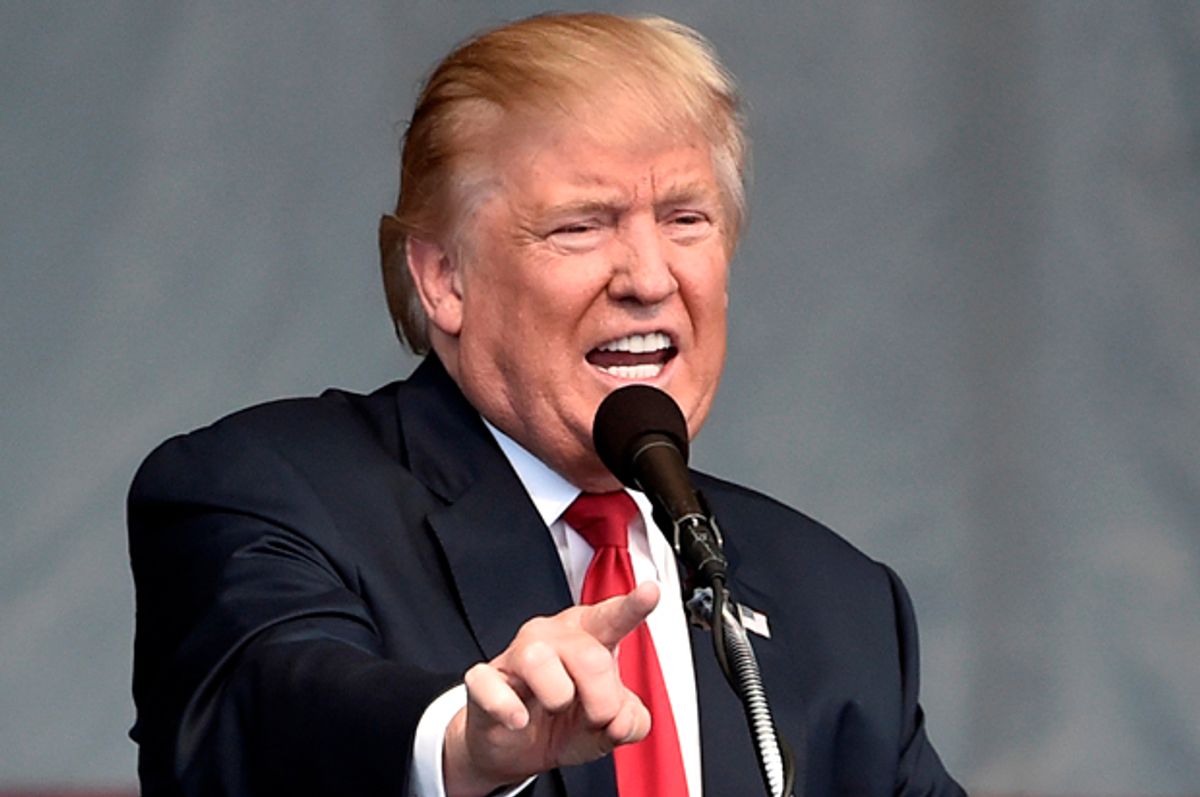 Donald Trump went through Nevada on Wednesday — a state where he's not looking too great in the polls. And he didn't do much to endear himself to the voters there.

While stumping in Nevada on Wednesday, the Republican nominee started rambling on how to pronounce the state's name. Trump was talking about meth overdoses in the state, when he said "Nevada," and accented the middle syllable as if he were taking a cool sip of Diet Coke.

"When I came out here, you know what I said? Nobody says it the other way; it has to be Nevada," Trump said, as the crowd literally shouted the correct pronunciation back at him.

"If you don't say it correctly, and it didn't happen to me, but it happened to a friend of mine, and he was killed," Trump added.

Though Trump isn't likely to turn up dead in the sands of the Mojave somewhere, his remarks really offended residents and journalists.

Later Trump was asked by a local TV station about Yucca Mountain, the long-proposed nuclear-waste depository that has been opposed by many politicians, most notably outgoing Democratic Senate Minority Leader Harry Reid. Trump's response to the the question was filled with a lot of hedging and no real answer.

PEAK TRUMP, asked about Yucca Mountain, read this whole thing: "And I will come very strongly one way or the other. I will have an opinion." pic.twitter.com/0K6H8XPFW0 — Sopan Deb (@SopanDeb) Oct. 6, 2016

There was one thing Donald Trump was firm about, though: There was no way, under a Trump presidency, that he would allow China to prevent citizens from spending their money at his hotels.

That comment naturally raised lots of concern over conflicts of interest. Trump's Nevada trip was capped by a slightly awkward visit to a first-grade classroom at a Christian school.
ABC Breaking News | Latest News Videos

Trump was nearly overshadowed at a rally by one of his guests, an ardent Adolf Hitler supporter who spent a considerable amount of time arguing that the Nazis did not gas 6 million people before he was shouted down by other guests.

Then this guy starts trying to say the Nazi's didn't intentionally gas 6 million Jews, another man agrees. I ask if they are together. "No" pic.twitter.com/42Iy10ttyW — Gadi Schwartz (@GadiNBC) Oct. 6, 2016