Salon Talks: Cynthia Nixon on how she put her beliefs aside and found Ronald Reagan's humanity 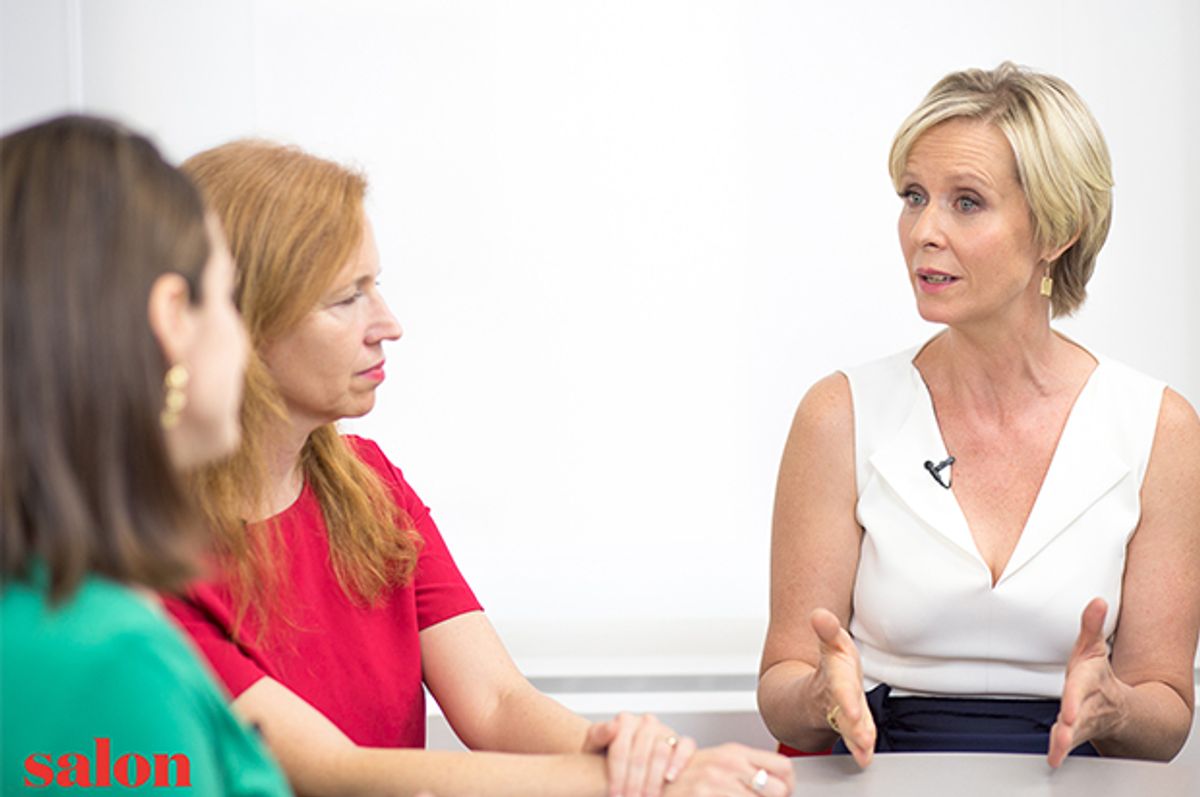 “Salon Talks” co-hosts Carrie Sheffield and Mary Beth Williams sat down with award-winning actress Cynthia Nixon. You may know her as Miranda Hobbes, but she is now taking on a new role as Nancy Reagan in the new National Geographic TV film "Killing Reagan."

An activist for the LGBT community, Nixon put aside her personal views of the Reagan administration to accurately portray the couple and how each played a crucial role in the other's life.

"All of the things I would take issue with, or I would complain about or I would criticize — in terms of the Reagans' and their agenda and what they set out to do. It doesn't matter if you're playing these people because whatever I might dislike about the Reagans, or disagree with them, I certainly think that they went into politics for all the right reasons, and they wanted to — they thought that something was really missing in the country and they wanted to make sure that was happening."

Nixon also talked about how she prepared to take on the role of the iconic First Lady. Watch it below.