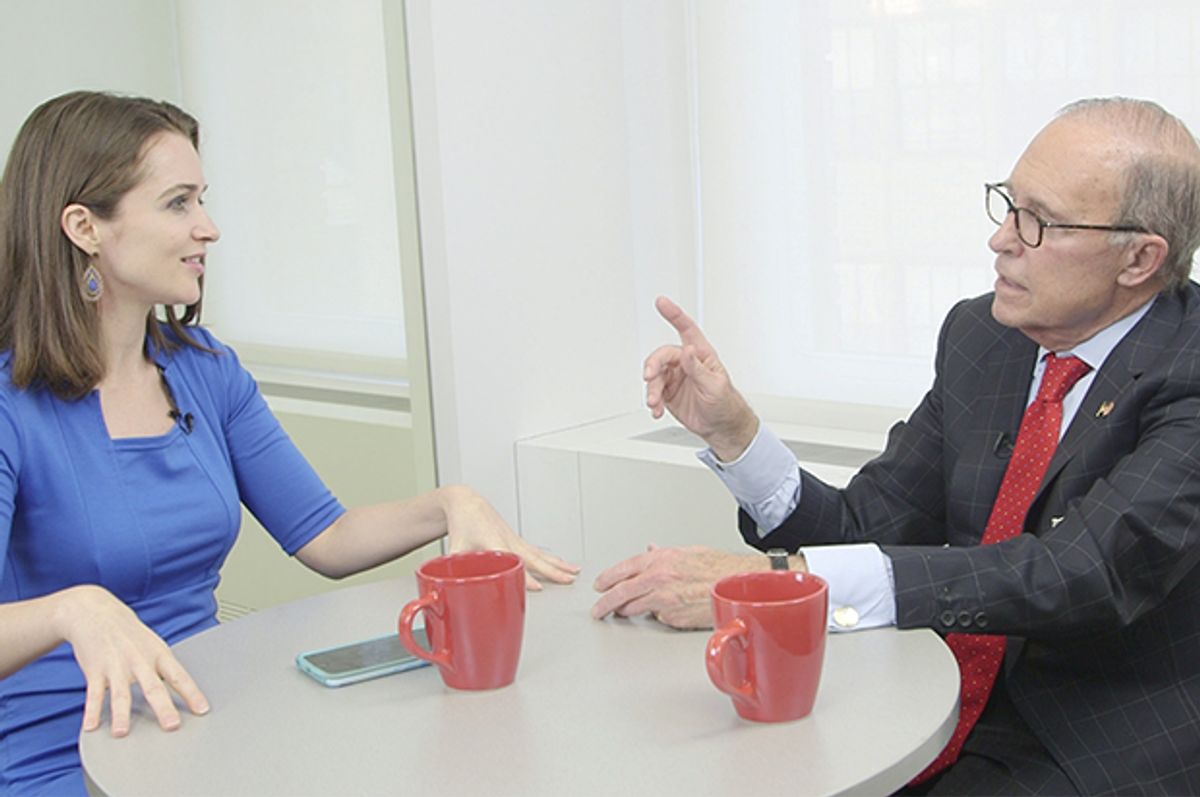 "Today's Democratic Party, regrettably, has moved very far to the left thats the big difference," Kudlow said in regard to what a Hillary Clinton administration would look like.

Although he claims that some of the Trump campaign rhetoric may "go too far," Kudlow agrees with Trump on three main issues: tax cuts, reduced regulatory spending and repealing Obamacare.

"One of my thoughts about the whole political picture, this is something I believe in, having gone through it for many many decades. We need stability, we need the power of persuasion — not personal attacks — but persuasion, and we need to cross the isle and make deals," Kudlow said.