Though she be but little, she is fierce: Kim Kardashian West is a Shakespearean heroine for our times 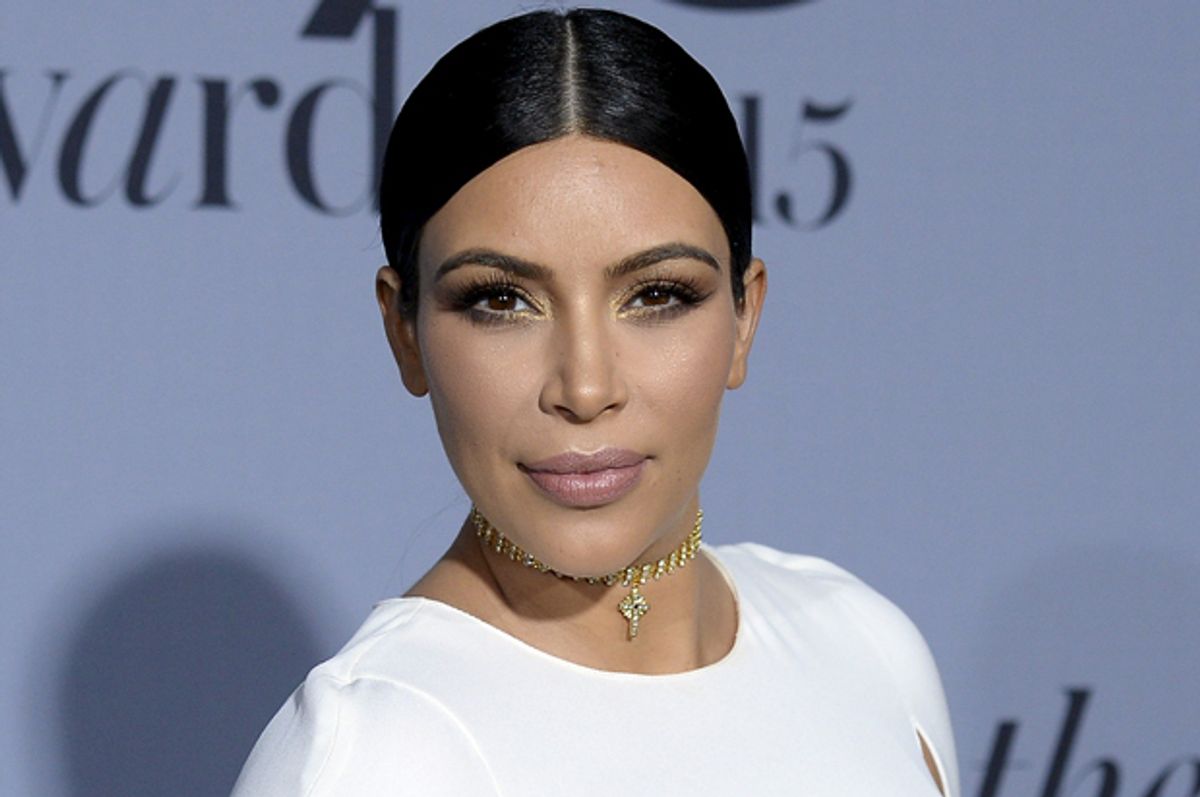 Let me not to the marriage of two prominent women in cultural history draw needless comparisons to tear someone down. By now we all know Kim Kardashian West was burglarized, tied up and traumatized at her residence during Paris Fashion Week, and the response has been, er, more foul than fair.

Fashion elites like Karl Lagerfeld and the media, as well as armchair critics on social media, have resorted to a disappointing form of victim shaming by seemingly blaming Kardashian West for the incident. Those pointing fingers have suggested "she was probably drunk" — although she's notoriously sober — while others have asked what she was expecting to happen with that level of fame and that amount of jewelry with her. It's almost like asking a female victim of assault what she was expecting by wearing a revealing outfit or going out late at night. No one asks for these types of events to occur.

To add further fury to this media tempest, the BBC reported on a proposed program to teach children to model themselves after Shakespearean heroines rather than pop culture figures. I can sort of understand; I've always wanted to be described in the terms Shakespeare used to describe Cleopatra's charm: "Age cannot wither her, nor custom stale her infinite variety. Other women cloy the appetites they feed, but she leaves hungry where most she satisfies."

That's a comparison I think most can aspire to. But it's important to observe Shakespeare's heroines were as flawed as they were fabulous.

In "Hamlet," Ophelia drowned herself when her boyfriend was acting like an ass. Desdemona, wife of Othello, was murdered by her angry and aggressive husband. Juliet stabbed herself after her secret elopement with Romeo went awry.

Hermia and Helena had to have divine fairy intervention to fix their screwed-up love lives in "A Midsummer Night's Dream." Viola ("Twelfth Night") was lost at sea and had to get crafty by dressing as a man and deceiving — then falling in love with — her employer in a foreign land to survive. Cressida ("Troilus and Cressida") was used as a bartering tool during the Trojan War.

None of these stories, even the ones that end happily, are particularly aspirational.

The proposed school program uses Cleopatra as its main example: She ruled an empire, was known for her love life, and was mythologized for her beauty and influence over nations. These same qualities can also be ascribed to Kardashian West. Both also know how to handle an asp. Kardashian West's snap of Taylor Swift and Kanye West's phone conversation on National Snake Day was a masterful power move.

But to compare the qualities of a dramatized historical character and a living person is silly. The character's script has already been written, whereas living people have free will, even while we watch and comment upon their stories as they play out and evolve.

Women should all be celebrated in Shakespearean terms: as resourceful as Portia and Viola, as confident as Beatrice and Lady Macbeth and as compassionate and virtuous as Miranda and Hermione — but not at the expense of tearing down other women in the process.

If anything, Kardashian West is well on her way to making her mark as a modern Cleopatra. And in terms of Shakespearean description: Though she be but little, she is fierce.