So much for debate prep 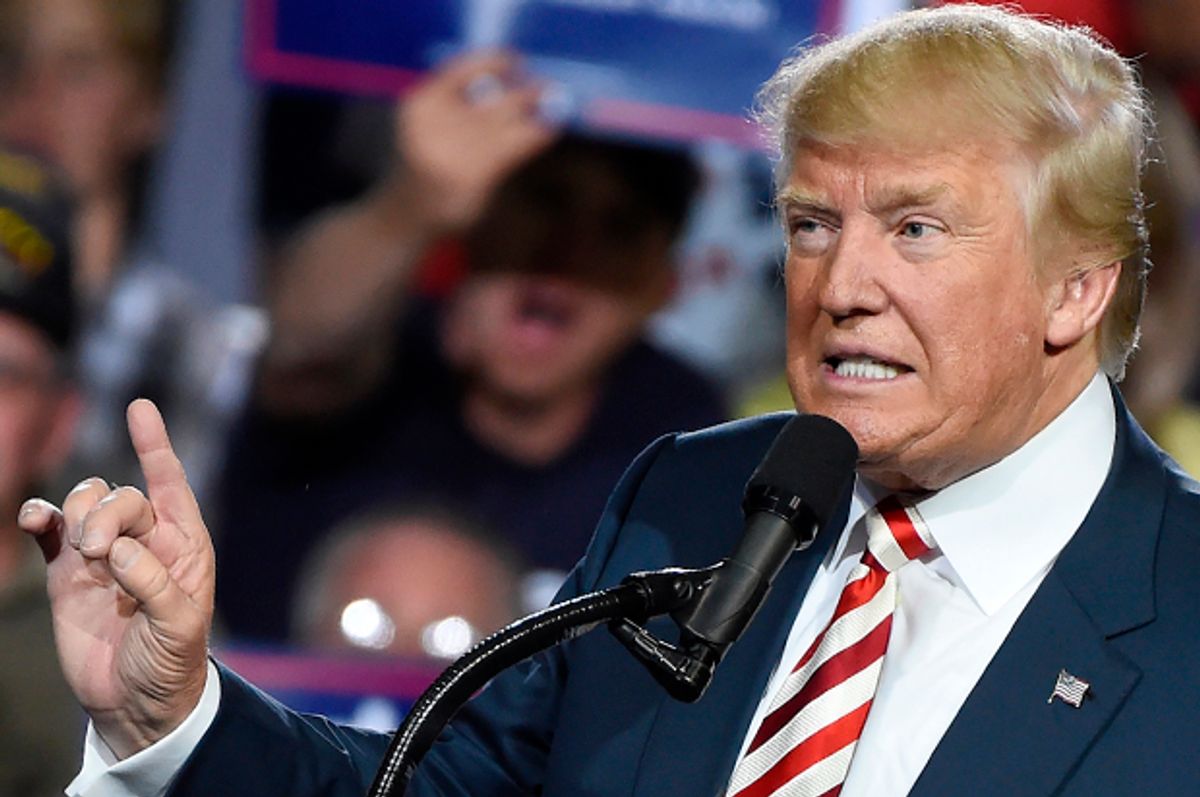 “Do you really think that Hillary Clinton is debate prepping for three or four days?" Trump asked during a town hall-style event in New Hampshire on Thursday night, according to Politico. At the event, a rehearsal of sorts ahead of Sunday’s town hall presidential debate, Trump tried to turn the tables on his rival after positive reviews of her debate performance cited her considerable practice.

The embattled GOP nominee faced questions from a friendly audience that included an inquiry into reports that he felt upstaged by running mate Mike Pence's debate performance earlier this week.

"I was so happy," Trump said about Pence's face-off with Virginia Senator Tim Kaine. A newly released poll after the vice presidential debate showed that 30 percent of Trump voters said they would prefer Pence as the presidential nominee.

"And by the way, they were saying this is practice for Sunday," Trump said of his own campaign appearance that was staged with a similar format to Sunday's town hall in St. Louis — complete with a two-minute time limit on Trump's answers.

Trump may have problems with the format, still. During Thursday night’s event, he was asked about jobs and began with a rambling response on the size of his campaign rallies, the temperature in the room and, yes, the microphones at the first debate.

"This isn't practice. This has nothing to do with Sunday," he insisted, however. “I said forget debate prep. I mean, give me a break,” he assured the crowd of supporters.

Trump once again brought up complaints about the mechanics of the debate.

“It wasn’t that the mic didn’t work,” Trump explained to his supporters, according to The New York Times. Trump instead blamed the soundboard operators who he claimed had been deliberately “oscillating” the volume on his microphone:

This isn't the first time that Trump has attempted to "work the refs" ahead of a debate. In September, Trump threatened to boycott the Anderson Cooper-moderated town hall on Oct. 9 and preemptively complained about possible on-the-spot fact-checks by the agreed-upon moderators.