Listening to science? No way 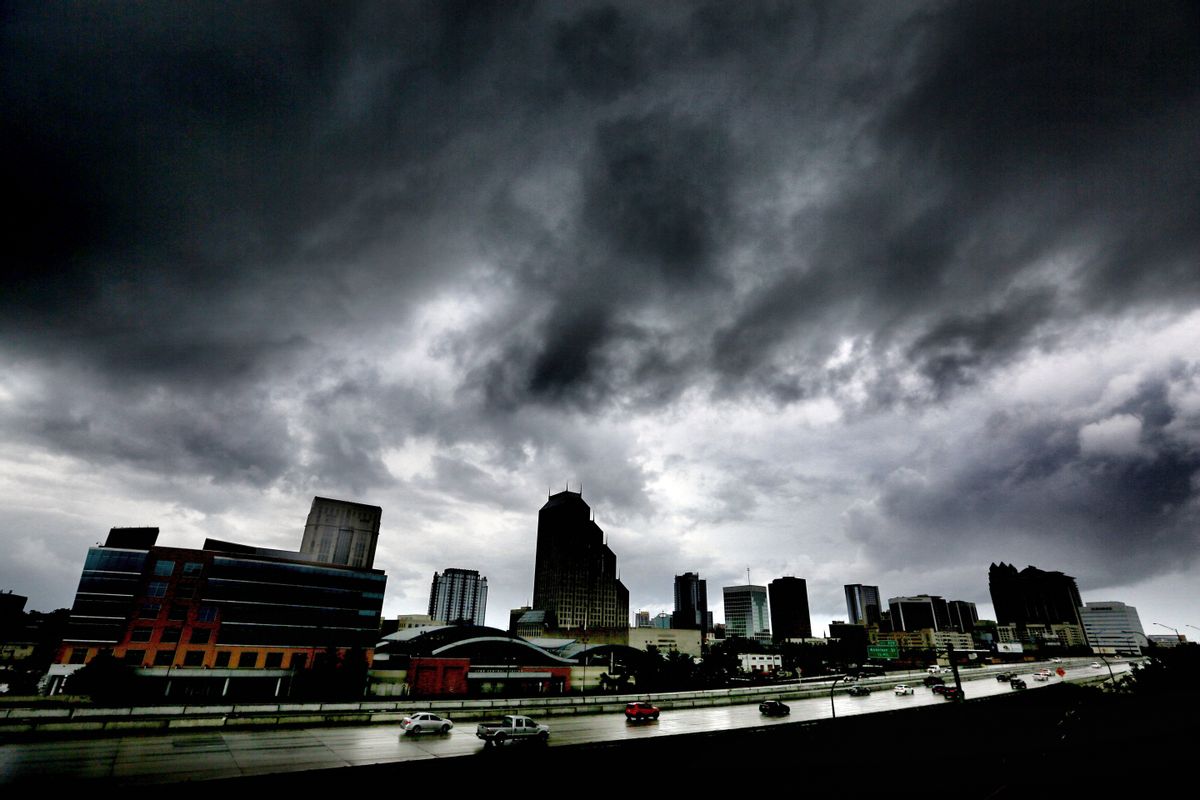 Florida is hunkering down as a Category 3 hurricane charges up the Atlantic Coast. As of Friday morning, the storm's eye wall — boasting winds over 100 mph — ranged just over a dozen miles from land. The storm battered Haiti, where death toll estimates have been as high as 300, and could deliver strong winds and massive storm surges to much of the Florida's east coast.

Florida's Republican governor didn't mince words on Thursday when he told reporters, "This is going to kill people."

And yet, Matt Drudge thinks this is all a big conspiracy.

Drudge, the manna that feeds the conservative news cycle, argued in a  Thursday tweet that Matthew wasn't really a strong storm but rather part of a liberal conspiracy to raise awareness of global warming.

Drudge later went on to tweet that the storm was "fizzling," when as Vox noted, he linked to a story that merely said "strong winds are expected to start in Florida within hours." Drudge then doubled down, saying the problem was that the government — the National Hurricane Center and the National Oceanic and Atmospheric Administration — had a a "monopoly" on forecasting the storm.

This is the first hurricane to make landfall in the United States since Hurricane Wilma in 2005. Hurricane Wilma also went over my house. That was a Category 2. There wasn't any of damage. There was some trees down. It's obligatory you lose power, lose the phone lines for a while.

According to Limbaugh, who said on his Thursday radio show that he has already evacuated his Palm Beach house, this is all part of a giant plot to push for climate change legislation.

But there wasn't any structural damage, and that was 2005. So that's, what? Yep, 11 years ago. But, gee, if we'd'a just signed that climate change deal last week, this hurricane would have quit! You know what? The hurricane would have seen that the UN had finally gotten serious and would have just dissipated, or it might not have even formed in the first place. Don't accuse me of being sarcastic. I'm telling you, that's exactly what they want you to believe, that if the UN had taken action, hurricanes like this can be stopped.

The saving grace for Florida, if there is one, is that the storm thus far has remained a few miles offshore and may not make landfall in the state, leaving the most damaging winds away from some of the most densely populated areas.

If only Rush and Drudge would listen.