The civil war has killed more than 200,000 people during its five decades 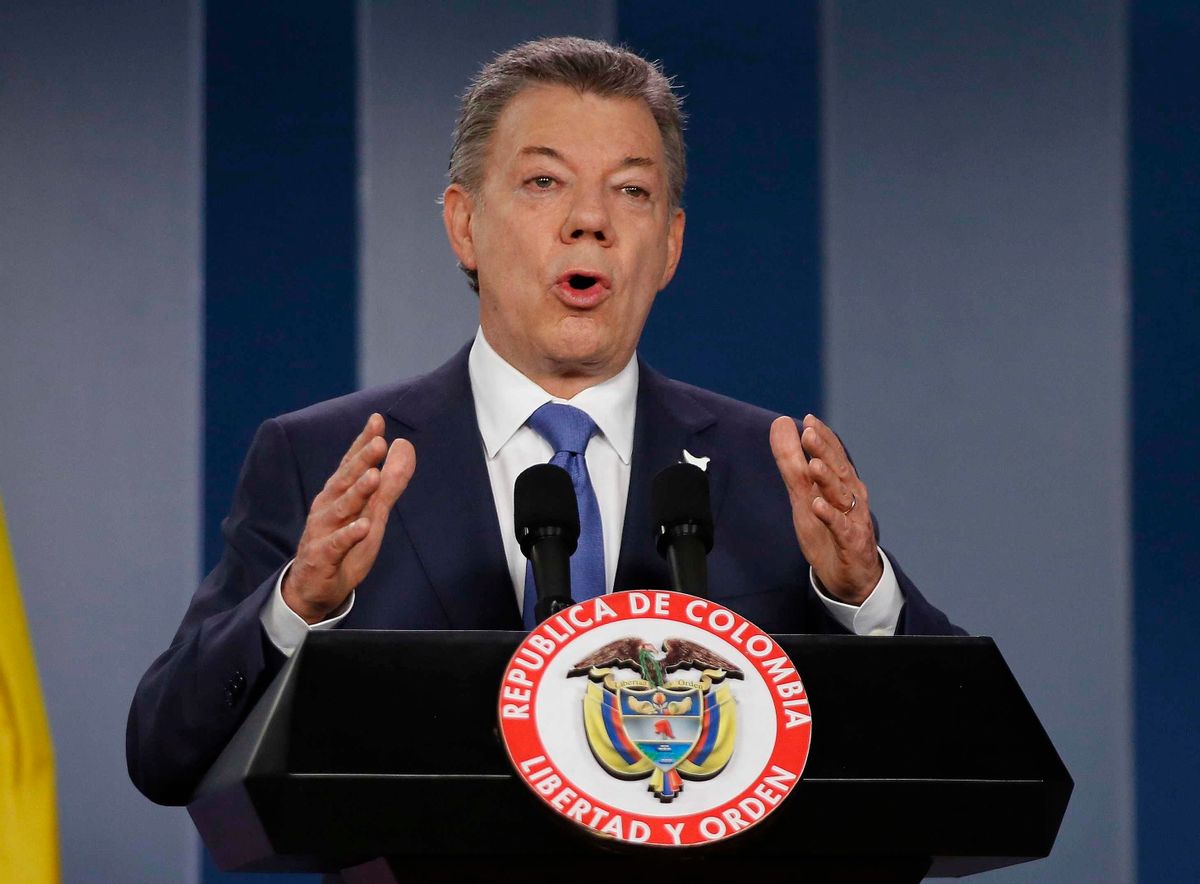 The Nobel Peace Prize has been awarded to Colombian President Juan Manuel Santos for his ongoing efforts to end a lethal five-decades-long civil war that has killed more than 200,000 people.

The prize came to Santos just days after Colombian voters by a slight margin rejected a landmark peace agreement that Santos had negotiated with rebel leaders, a significant blow to hopes for a lasting peace.

Here's a look at why Santos won the prize and the impact of his achievements.

SIGNIFICANCE OF THE PRIZE

The 65-year-old Colombian president was recognized for tireless efforts to end the chronic violence that has gripped his South American country for decades. The deal he helped negotiated would have given the rebel forces substantial inducements to join the political process. Those willing to hand over their weapons and admit to war crimes would not have received prison sentences, and the Revolutionary Armed Forces of Colombia would have been granted 10 seats in congress for the next decade to give the group known as FARC a foothold in national politics.

The Norwegian Nobel Committee said the peace process is still ongoing and that the public did not reject peace but simply the specifics of this deal. It also said the award is intended to honor the Colombian people who have not given up their hopes for peace. The committee did not choose to honor Rodrigo Londono, the leader of the FARC rebels, or to mention him in the citation.

The violent civil war has long held back economic and social progress in Colombia, a country known for its beauty and natural resources.

News about the prize dominated early morning talk shows and news shows in Colombia but there was no immediate response from Santos. Many had believed the country's rejection of the peace deal in a referendum had quashed his chances of being recognized by the Nobel committee.

Colombian novelist and journalist Gabriel Garcia Marquez was awarded the Nobel Prize in Literature in 1982. Many of his works dealt with the political violence and instability that has long gripped Colombia — the plague Santos is seeking to end through negotiations. When Garcia Marquez died in 2014, Santos praised him as "the greatest Colombian of all time."