Hope and a black superhero: From the despair of "New Jack City" to the "Luke Cage" revolution

Having a bulletproof black superhero isn't just cool — although it's awesome. It also measures how far we've come 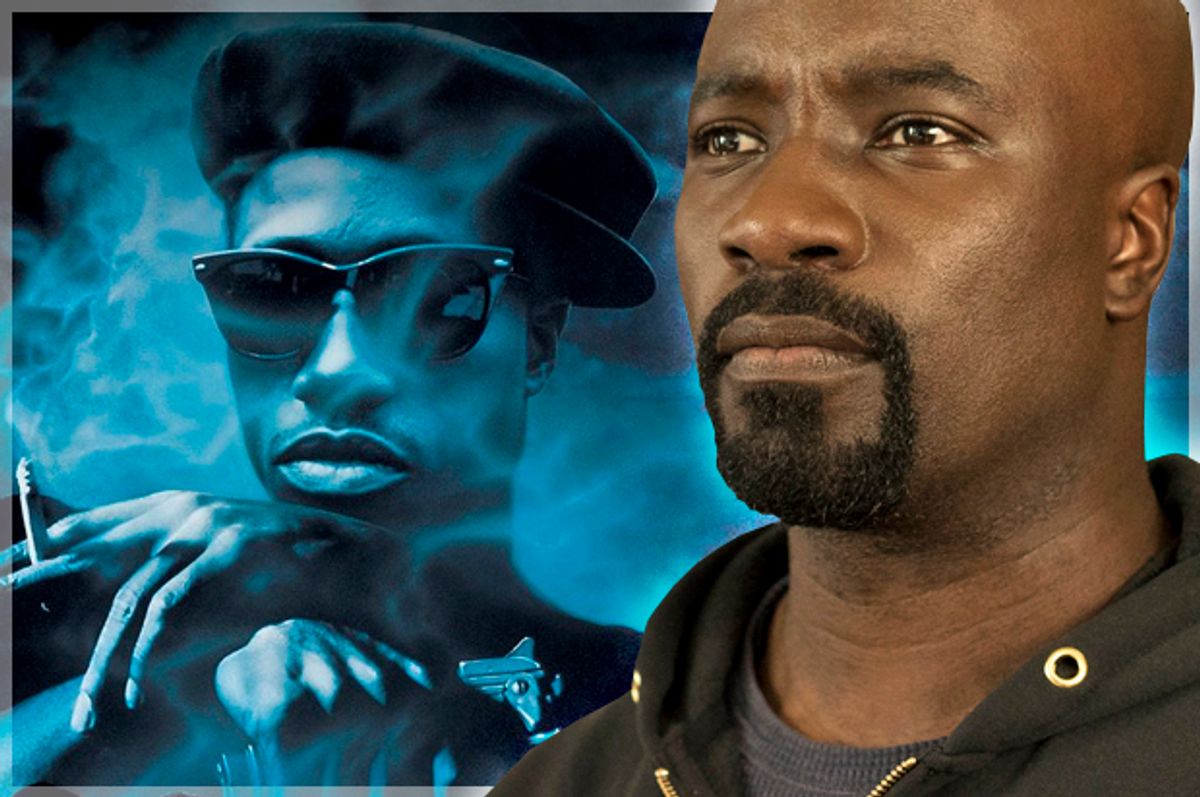 Back when I was in elementary school, I told my grandma that we were headed to the movies with my cousin Kev. That was a lie; I was really going with my friend D.I. I think I sold her on the idea that we were seeing a “Batman” sequel or “Teenage Mutant Ninja Turtles.” That was a lie, too. It was 1991, and the only movie out was “New Jack City.”

We were living in the height of the crack era — the worst of times and the worst of times — everybody was selling it or smoking it or rapping about it or all of the above. We all suffered, even though we didn’t know we were suffering, and for the first time in my generation, a piece of our journey was being displayed on the silver screen.

“New Jack City” went viral before going viral was a good thing. My entire neighborhood championed Gee Money (Allen Payne), who ended up being a junkie; Keisha (Vanessa Williams), a murderer who ended up being murdered, and even the ill-fated Nino Brown (Wesley Snipes), who snitched. They were heroes because they were authentic: They were black like us and came from the slums like us but got a brief chance to live. They ran the block, drove the cars and made the cash, just like we wanted to.

We definitely missed the point. “New Jack City” was full of lessons­ — consequences, the good and the bad sides of the game, in combination with the social ills that created Nino’s treacherous, crack-infested reality. We weren’t even old enough to see the film, and most of the adults that were around were in the game, so we really didn’t have interpreters. The images of power, fast money and that woman in the red thong stuck with us more than drug addiction or what happened to Chris Rock’s teeth or what prison time was like.

Even if we didn’t see the film, there was nothing out like it. Everyone around us saw it and the whole hood anointed those characters before D.I. and I could make our own decision.

"New Jack City" was a paradigm shift. The positive black figures in films like “Action Jackson” were being wiped out, along with positive rap music. Being a gangsta had became the standard and would be for some time. Which is why so many African-Americans around my age are excited about “Luke Cage.”

The Netflix original series, based on a Marvel Comics series, debuted last weekend. I can’t front: I was never really into comic books coming up so I never heard of Cage. But the first episode hooked me and gave me that same special feeling I had the first time I tried the food at Nando’s or listened to Jay-Z’s “Reasonable Doubt” — the more I indulged, the more I wanted.

Those Netflix people are slick. They drop all the episodes at once, so if you like a show, your weekend is gone. This was the first time I ever binge-watched a show: An entire sleepless night with cranberry-colored bloodshot eyes, clicking “next” after each show ended. I’ll proudly do it again when they drop the second season because it’s so purely authentic.

Many of the black films I came up with were full of whitewashed black people, cookie-cutter characters who would’ve given the same feeling if they were white or Asian or Latino. I’m not going to shout them out — but they might as well have been white people in blackface. Luke Cage is real.

I know dudes like Luke; they’re in every hood. He’s that big, positive brother who lives in the hood even though he’s not from the hood. That college graduate who runs the nonprofit and never says the N-word. He never wears Jordans, doesn’t drink and looks at you with a grandmother’s disappointment if he catches you slinging rock or hitting a blunt. Not the typical hood hero with the Benz and the icy watch that you appreciate as minor, but the guy you idolize the most when (or if) you get old enough to reflect back on things. Because he taught you it was possible to live without crime; he came to your basketball games when your pops didn’t; he made a difference.

Luke’s superpower adds an extra layer to that; it's a much-needed message in our trigger-happy society. Luke is a bulletproof black man in a hoodie; guns can’t harm him. Bullets bounce off Luke as he walks toward shooters, then he takes their weapons — emasculating them — and literally snaps them in half like No. 2 pencils. So if you can’t fight fair, you have no choice but to surrender. It’s like a subliminal message to all the cowards who praise guns, the ones who live and die by firearms in this era of senseless violence, police killings and mass shootings. It shows us how scared the Second Amendment nuts really are, in addition to all the fear we feel toward law enforcement and criminals. Imagine a society where aimlessly pulling triggers wasn’t an option!

The complexities of black people and black life are represented really well in this show. Every black person isn’t a gangster: Black people in the same economic space don’t agree on everything; the black church can be holy or profane; some of us like Donald Goines, some like Walter Mosley and some like both. We are capable of performing at a high level in any field: positive cops and crooked politicians; ethical business owners and moralistic gangstas.

The writers did an amazing job of highlighting all these realities, with black women taking on a diverse assortment of leading roles and being just as if not more important than Cage at times. The strength, power and brilliance of black women are too often ignored and I’m glad those layers are highlighted in this show. Simone Missick plays Detective Misty Knight as the best cop in Harlem, the only officer capable of finding truth; she’s confident, ethical and intelligent. Alfre Woodard plays Mariah Dillard with those same strong leadership qualities, but as a gangster politician on a path to domination. The whole package is just beyond impressive.

Kids today are lucky. Having access to a show that exposes so many sides of blackness and tells a larger cultural story with a richness and diversity that kids like me and D.I. couldn’t have dreamed of back in ’91 is so inspiring — even revolutionary. I’m excited to see where “Luke Cage” will take us next.