Rebranding Bernie: The Sanders revolution will evolve into a sticky political movement 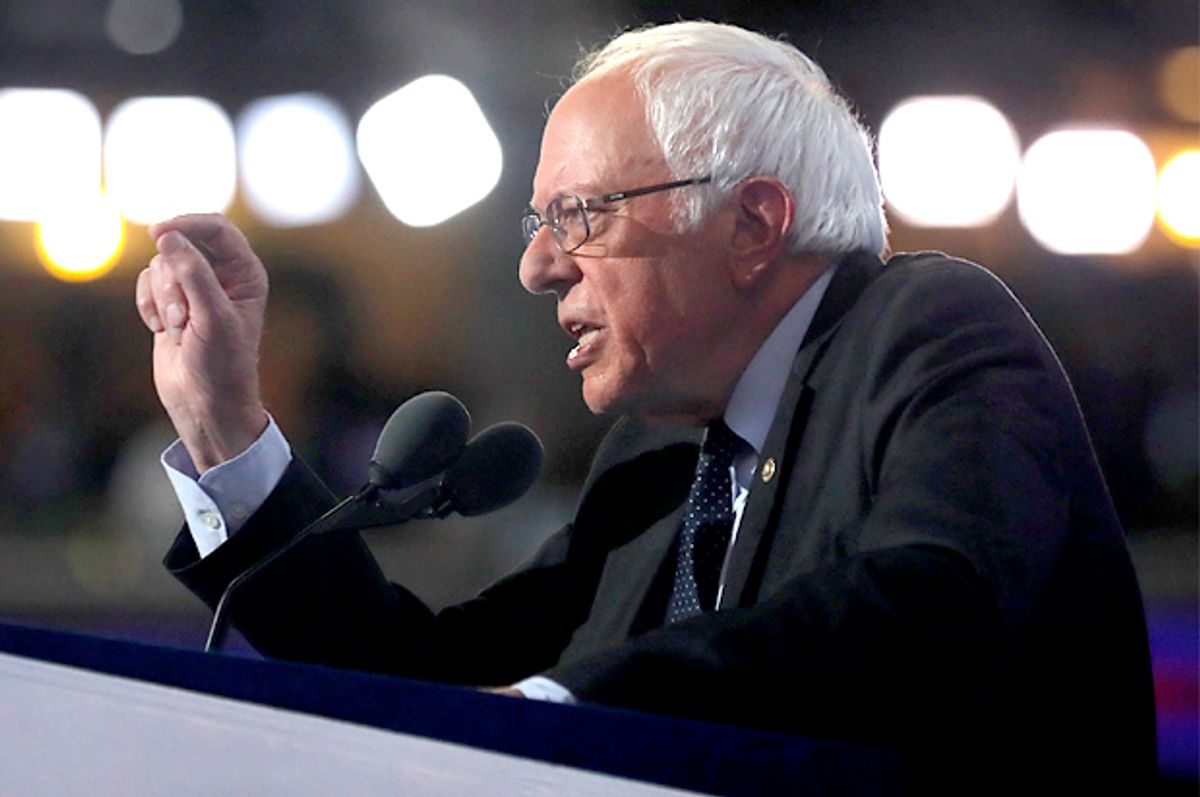 Revolutions R Us! From the big one in 1776 that created our nation to Bernie Sanders' 2016 political uprising against America's new plutocratic elites, democratic change has come when workaday people start standing up to the bosses, bankers, big shots, bastards and BSers who are knocking us down.

But wait, you say, Bernie lost! Where's the revolution in that?

Bernie's campaign was the spark that lit the revolutionary element among the majority of Americans who are being knocked down and held down by the powers that be. When Sanders' amazing, truly revolutionary campaign for president ended in August after the last Democratic primary election, the corporatists, cynics and most of the media assumed that the grassroots populist revolution that he inspired was over as well.

They couldn't imagine that the diverse mix of young people, disempowered working-class voters, independents, progressive mavericks and millions of others whom Bernie brought together and energized would stay together, much less mount any serious challenge to the politics-as-usual elites.

Well, those aloof prognosticators might want to glance outside their little negative bubble, for Our Revolution is rising all across America's political horizon. That's the name of the new organizational structure that Bernie has generated for the continuation of his Sanders electoral storm. As civil rights leader Ben Jealous said when he joined the board of Our Revolution, "Bernie's transformative campaign was just the beginning."

Not only will the revolution continue, but it's going to spread, throughout the country, grow larger and gain strength by bringing the populist issues, grassroots methods and small-dollar funding of his presidential run to local and state politics. Our Revolution (on whose board I will also serve) will be an independent political network of 50 interconnected state networks. Each state group will recruit, train and support statewide candidates, as well as run state and local issue campaigns.

In fact, Our Revolution is already on the move, shaking up the old-line established order by winning dozens of local, state and congressional elections this year. Meet Mike Connolly, a 6-foot 8-inch tall Boston area attorney who was part of the Occupy Wall Street protest five years ago — and who is now headed to the Massachusetts legislature.

A disciple of Bernie's low-dollar campaigning, he was known as "No Money Mike" for going door to door, asking voters to support him by donating time rather than dollars. Endorsed by Sanders and backed by thousands of calls to his district from Our Revolution volunteers, Connolly defeated a 23-year, money-powered incumbent. And if you think volunteer power doesn't count anymore, Connolly won the September primary by only 394 votes.

Additionally, Our Revolution is supporting state ballot initiatives to lower drug prices, automatically register voters, repeal the death penalty, implement Medicare for all and overturn Citizens United v. the Federal Election Commission to root out corporate money from the people's political system. And this is just the beginning of what Our Revolution intends to accomplish.

Our Revolution's goal is not just to run and raise issues but to win, govern and transform our society from a plutocracy to a democracy — so it can be  a nation of social, racial, and environmental justice.

As Sanders said over and over, "This isn't my revolution; it's ours." Cynics sneer that "we the people" can't defeat the corporate establishment.

But those who say it can't be done should not interrupt those who're doing it! Be part of it!