WATCH: Alec Baldwin's "SNL" Trump apple-o-gizes: "I can do a whole lot more than just grab it" 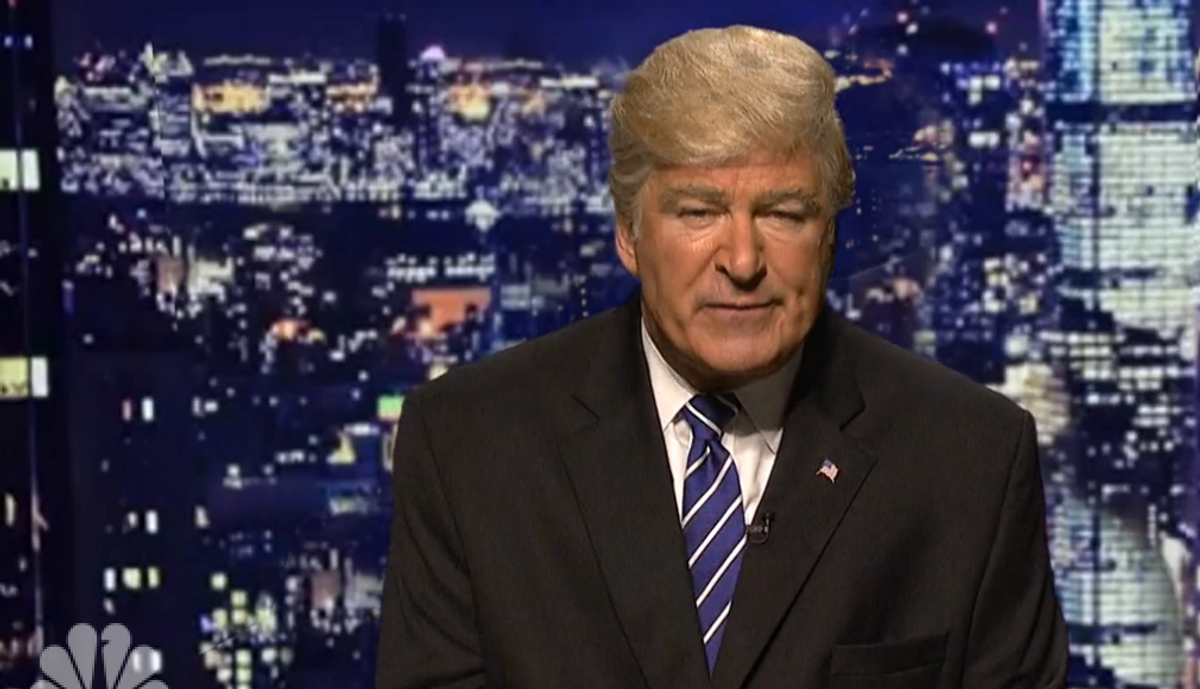 Alec Baldwin put in another turn as Donald Trump on "Saturday Night Live" this weekend, appearing in the wake of the newly released 2005 videotape showing the real Trump making crude and demeaning remarks about women. (Not to mention implausibly boastful ones.) Baldwin's "SNL" Trump did what the real Trump probably wished he could have: Stolen attention away from the meandering and meaningless vice-presidential debate between Tim Kaine and Mike Pence.