Watch the second presidential debate: Hillary Clinton and Donald Trump face off in a town hall from St. Louis

Watch a live stream of the second debate, and catch complete coverage of the presidential election 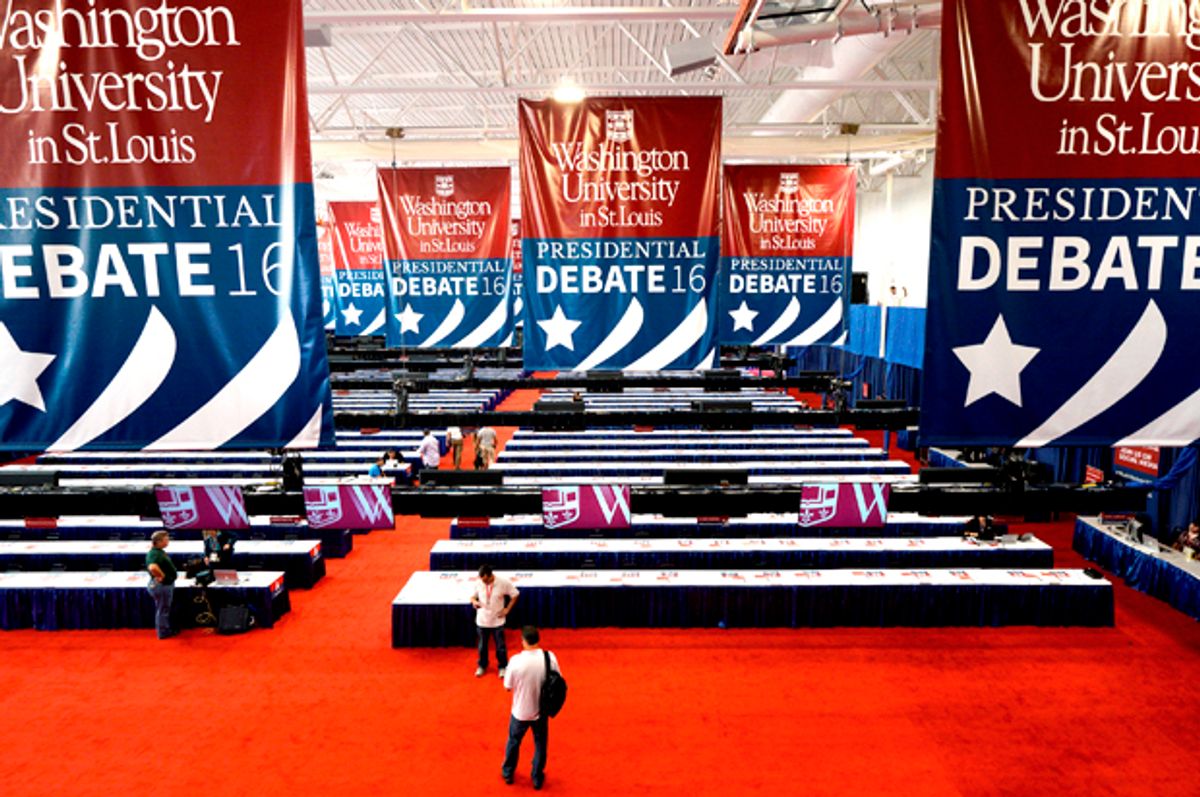 The media workroom is prepared for the second 2016 U.S. (Reuters/Rick Wilking)
--

The days leading up to the second presidential debate have not been quiet — so quiet that Republican nominee Donald Trump is behind closed doors. After a tape surfaced in which Trump seemingly admitted to groping women against their will, the GOP candidate has lost endorsements left and right. Those still on the Trump Train are left to wonder, at what cost?

Watch the debate live below:

In case you missed it, here's Salon's coverage of Donald Trump's weekend.

Late on Friday, some of Hillary Clinton's speeches to Wall Street banks were released by WikiLeaks.

And, to prepare you for the debate, here are some pieces worthy of consideration:
- The Clintons’ Christian marriage: The staggering Evangelical hypocrisy over Hillary’s refusal to divorce Bill
- Guided by voices: The most important question about tonight’s debate is who will be inside Donald Trump’s head — his advisors or Hillary Clinton?
- From the “old right” to the alt-right: How the conservative ideology of FDR’s day fueled the rise of Trump
- If Trump and Clinton want to reach voters in the next debate, they need to talk about police brutality
- Technocratic for the people: What Hillary Clinton gets wrong about Bernie Sanders’ political revolution
- Rebranding Bernie: The Sanders revolution will evolve into a sticky political movement