Breitbart News' bizarro universe weighs in on the debate: Donald Trump was "the better candidate" 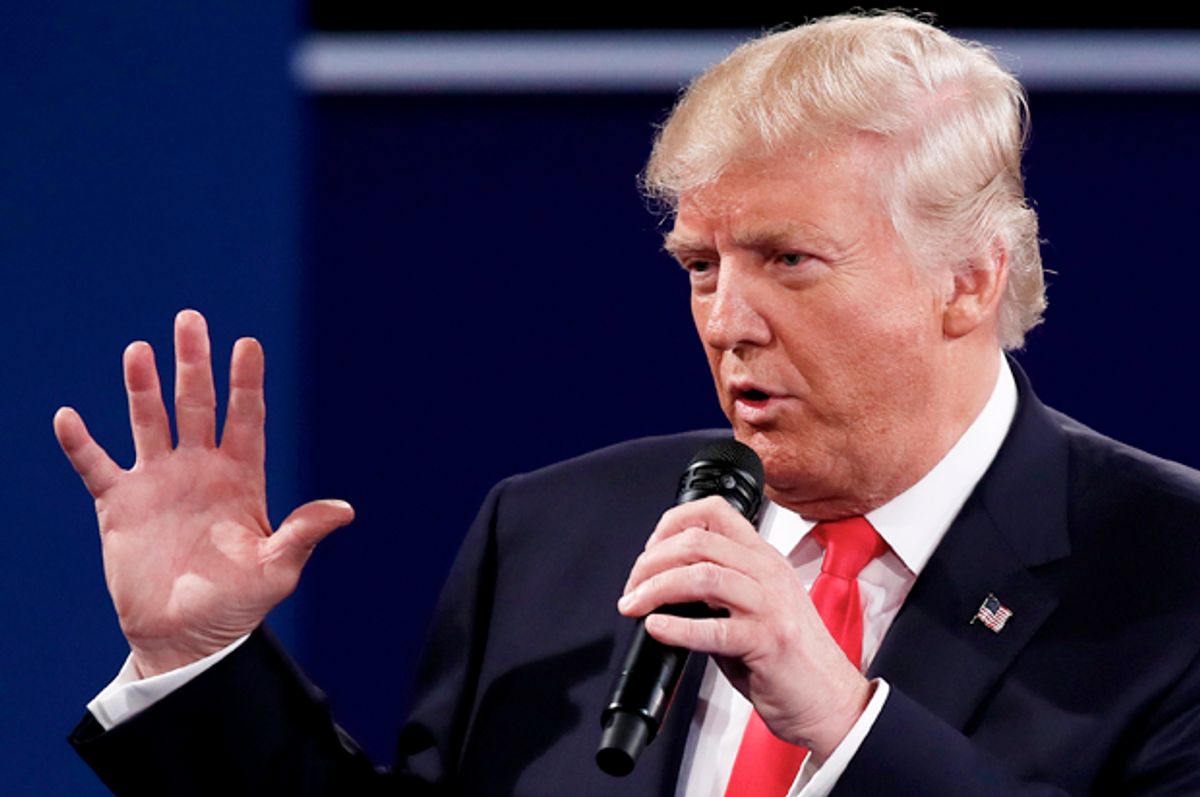 "Several key exchanges in the debate proved Trump to be the better candidate on Sunday night," wrote Breitbart's foremost Trump shill Matthew Boyle in his article, "The Art of the Comeback: Donald Trump's Debate Win Propels Him Toward White House."

Boyle complained of "a clear and implicit bias by the legacy media anchors," CNN's Anderson Cooper and ABC's Martha Raddatz, who "interrupted Trump 26 times — and Clinton only 12 times."

"There were many other moments throughout the debate — from exchanges on Obamacare to more about refugees to dealing with Russia and Syria and even campaign finance — and Trump defeated Clinton on all of them," he added. "After the moderators could not stump Trump in the opening, and he steamrolled ahead in the early momentum, she could not catch a break all night."

Breitbart has proved itself to be a one-stop shop for positive headlines about Donald Trump. After all, the site's former chief, Steve Bannon, is one of the masterminds behind the Trump campaign.

The online post-debate poll on Breitbart (93 percent of the 159,063 votes cast were pro-Trump) gave a good indication of the political leanings of the site's readership.

So too did Breitbart's live fact-check of the debate, which determined almost every one of Trump's statements to be somewhere between "true" and "half true" (or "half false," if there's a difference), while Clinton's ranged from "false" to "mostly false."