Donald Trump didn't bomb during the debate, which makes it harder for Paul Ryan and the GOP to dump him

Reports indicate Ryan is thinking about leaving Trump, but last night's debate might have been enough to save face 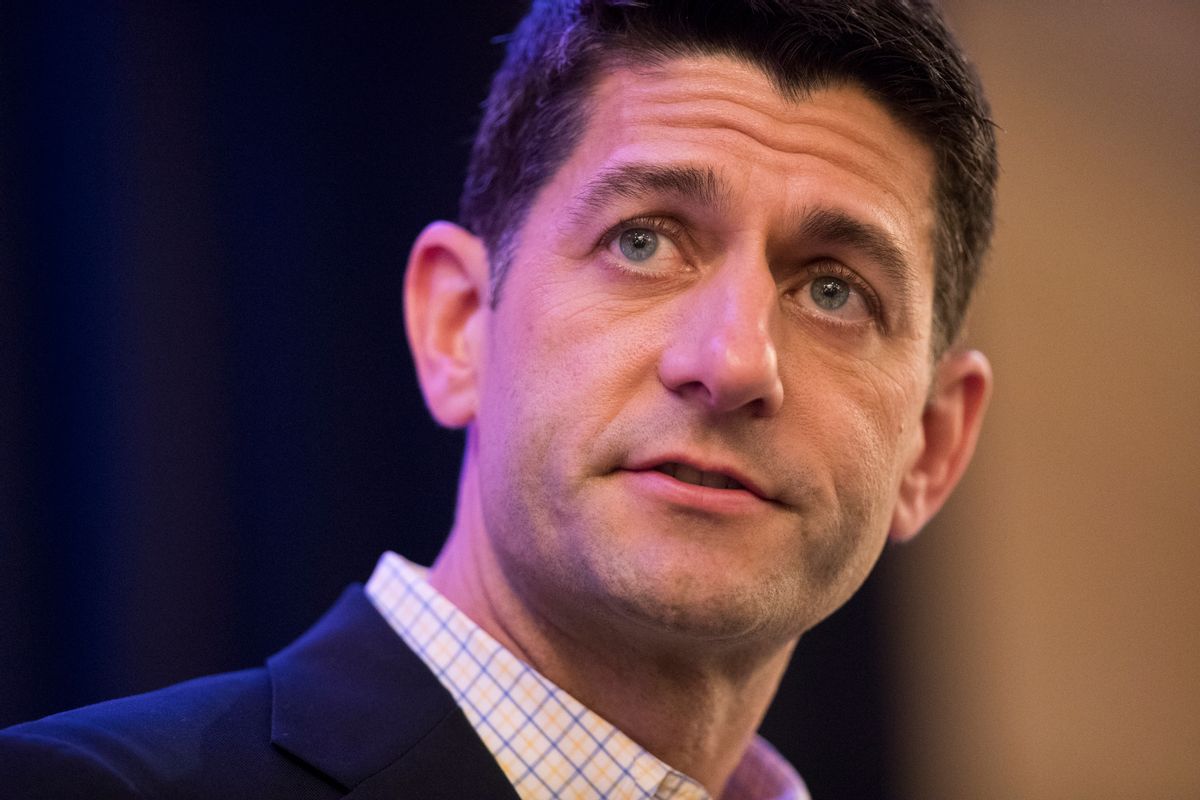 FILE - In this July 18, 2016 file photo, House Speaker Paul Ryan of Wis. speaks in Westlake, Ohio.Republicans don’t want to be blamed for prematurely giving up on Donald Trump, the party’s presidential nominee, for fear of alienating his supporters. But with Trump lagging in most polls and Election Day two months off, many in the GOP view the strategy as low-risk because of the deep antipathy many Republicans hold toward Clinton. (AP Photo/Evan Vucci, File) (AP)
--

House Speaker Paul Ryan is standing by Donald Trump, after rumors swirled Sunday that the Republican leader considered revoking his endorsement for the GOP presidential candidate.

Politico reported that Ryan conferred with his advisors about the possibility of abandoning Trump in preparation of an 11 a.m. phone call with House Republicans. Nearly three dozen Republican lawmakers have already withdrawn their support in the 48 hours leading up to the town hall debate.

Sunday night's atrocious debate will likely have an impact on Ryan's decision. Pundits and Republican strategists speculate that Trump’s debate performance may have stopped the bleeding. Trump didn’t self-destruct live on television, which is an apparent win for his campaign and his base.

In the post debate analysis, The Weekly Standard determined the GOP was the biggest loser after the second presidential debate.

“Trump didn’t have a psychotic break onstage. And clearing that bar might be enough to keep Mike Pence, Paul Ryan, and Reince Priebus from publicly disavowing his candidacy this week," Jonathan Last wrote for The Weekly Standard.