Before debating Hillary Clinton, Donald Trump spoke about anything but the issues 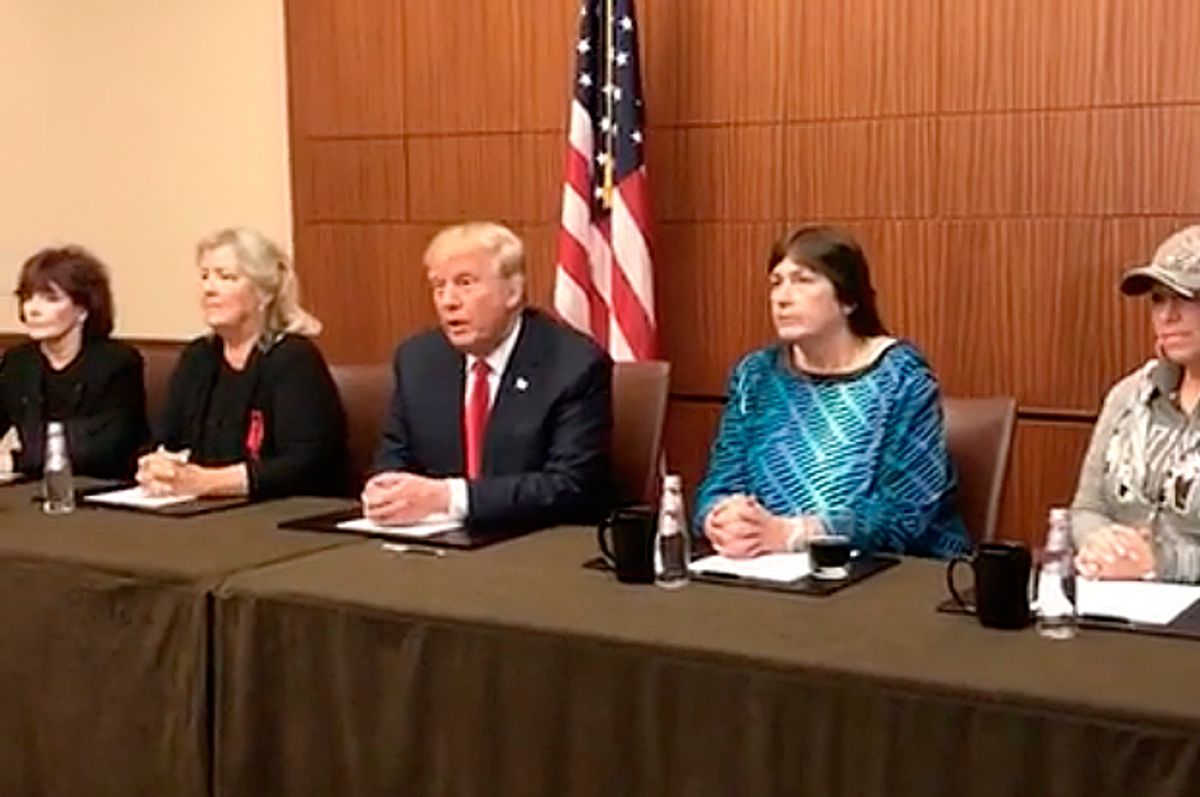 In a move clearly orchestrated by campaign CEO Steve Bannon, Trump delivered the attack campaign against rival Hillary Clinton that the right-wing media has craved for over two decades and attempted to deflect attention away from the leaked audio in which Trump boasted of sexual assault.

Without any forewarning, Trump sat at a table with Juanita Broaddrick, Kathleen Willey, Kathy Shelton and Paula Jones, as they delivered statements in support of the GOP nominee on the campus of Washington University in St. Louis. The women, Trump said, will all attend the town hall-style event later Sunday evening as guests of Trump.

The group of women said they were standing by Trump despite the comments he made in the video.

But at least one of the women Trump appeared with Sunday had previously been smeared by Trump. Paula Jones, who settled a sexual harassment suit against President Clinton, was called a loser by Trump in a 1999 interview with CNN's Wolf Blitzer:

1998: "Paula Jones is a loser. But the fact is, she may be responsible for bringing down a president indirectly." pic.twitter.com/VOSQo2bYAX