Don't be like Billy Bush: The way men allow one another to talk about women matters 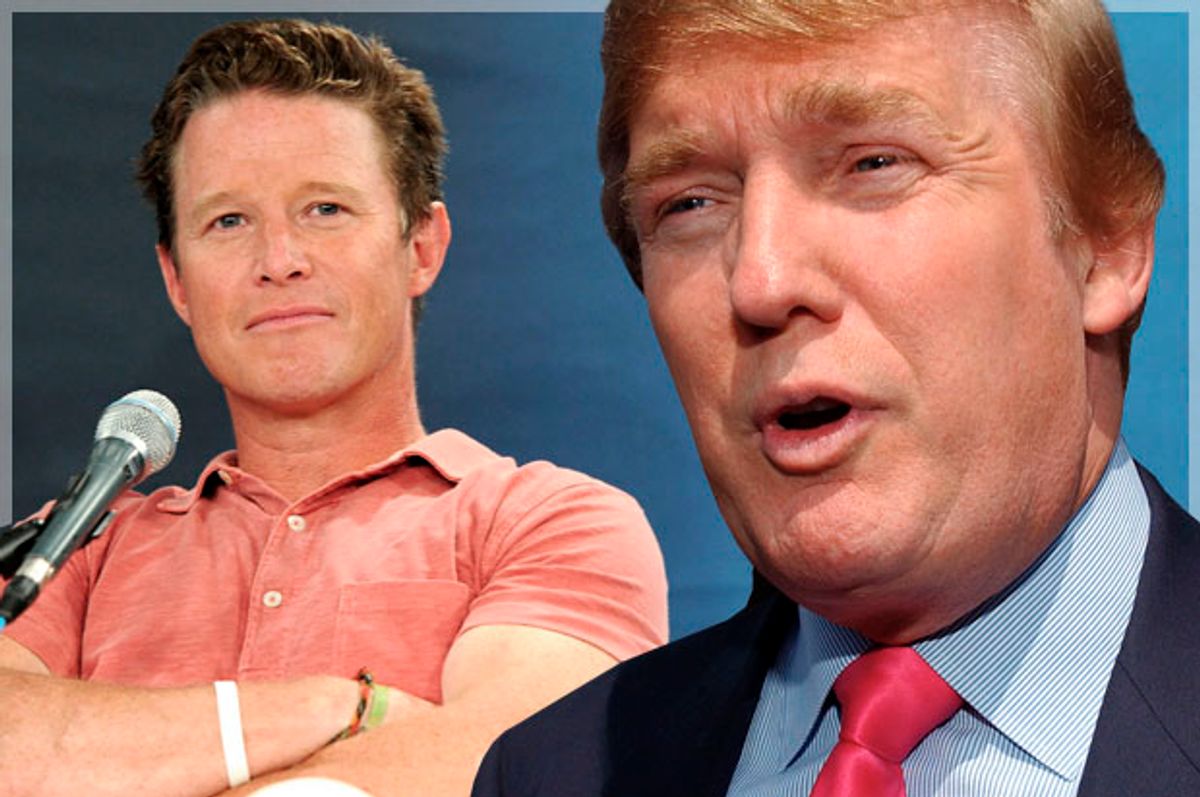 For much of the presidential campaign, Donald Trump has been dismissing Democrat Hillary Clinton’s descriptions of policy, her governing philosophy and just about anything else as mere deceptive language. The more eloquently Clinton spoke at the first presidential debate, the more likely Trump was to knock her as just a wordy, blarney-spouting politician. There’s a long populist tradition of Americans not trusting high-blown political rhetoric. But not since the heyday of Jacques Derrida’s theories of deconstruction has language itself been so suspect.

So it seems weirdly fitting that Donald Trump is now suffering, and dividing his party’s leadership, because of his language. “It’s just words, folks. It’s just words,” he said at Sunday night’s presidential debate, referring to the 2005 videotape on which he joked about sexually assaulting women. In politics, as in much of life, words matter, and Trump has found that out unambiguously since the tape went public.

Trump's running mate Mike Pence also downplayed the importance of Trump's language during the vice presidential debate, saying that the billionaire's words about punishing women who have abortions can't be taken seriously because he speaks off the cuff and is not "a polished politician."

The other weirdly fitting player in this lesson about language: To anyone who ever suspected there was something cruel but well-guarded about George W. Bush, the role of his smarmy cousin Billy confirms just how toxic that wealthy and entitled family can be.

The “lewd” predatory language, the pal who eggs the alpha male on, the all-guy settings interspersed with arrangements in which women are expected to cater to men — these are perfect examples of the “culture" side of rape culture.

Billy Bush’s role here is not as egregious as Trump’s, and Bush is not running for anything. But he still offers a lesson in exactly how not to deal with a dangerous blowhard. “Yes! The Donald has scored!” he says when the "Access Hollywood" bus that they’re on approaches actress Arianne Zucker. “Sheesh, your girl’s hot as shit!”

When Trump boasts about forcing himself on a married woman (“I moved on her like a bitch”), Bush either just laughs, slaps his hands encouragingly or says things like “That’s huge news!”

“I don't even wait,” Trump boasts about kissing women whether they war it or not. “And when you're a star, they let you do it. You can do anything. Grab 'em by the pussy.”

Bush’s response? “Anything you want.”

“How about a little hug for the Donald?” Bush says to Zucker, as if the mogul has climbed icy mountains to be there. “He just got off the bus.” Then Billy Bush decides that he gets a hug, too.

One of the ideas that’s floated around since The Washington Post unleashed the tape of Trump and Bush is that this is just the way guys behave — “locker-room talk,” as Trump has called it. The notion fits the worldview of both late anti-rape activist Andrea Dworkin and conservative actor Scott Baio, who otherwise had little in common. And certainly, some guys do talk like this; I’ve been around them much of my life.

But it’s certainly not all men; and in most places, it’s not even most. This way of looking at and talking about women is damaging — the language creates its own reality — but it’s not inevitable. Men have all kinds of faults, and American masculinity has much unpleasant about it, as Trump’s candidacy has reminded us.

But there’s no reason you have to be like Billy Bush, who has now been suspended from the “Today” show. There’s nothing forcing boys or men to behave like assholes.