Hillary Clinton won the second presidential debate against Donald Trump, except if you count white men 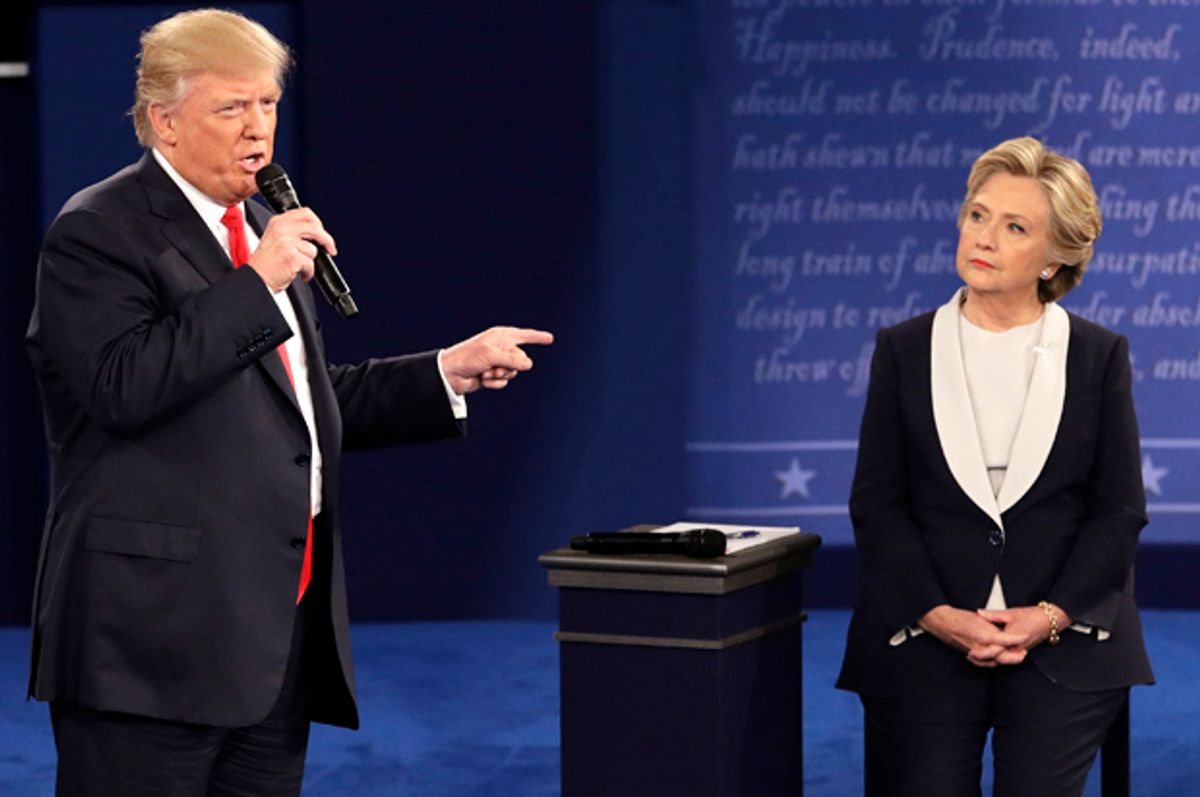 Despite Hillary Clinton battling off the crazed Assessments of Sunday's town hall debate were far less cut-and-dry than those following the first debate, which showed Clinton essentially wiping the floor with an unprepared Donald Trump.

One YouGov poll of 812 registered voters who watched Sunday's debate found the Democratic presidential nominee scoring a narrow victory (47 percent to 42 percents) over her Republican rival. Among independents, that margin narrows even more (44 percent to 41 percent).

Trump could, however, claim a victory among men. YouGov found that its male respondents favored the Republican nominee's debate performance, 46 percent to 43 percent. On the flip side of that, among women, 50 percent (to 38 percent).

Many focus groups and early polls further suggested Clinton had won her second consecutive presidential debate despite a stronger showing from Trump.

As Vox explained, "It will be a few more days before we get really methodologically rigorous polls measuring how the electorate felt about the second presidential debate, the impact of which will be intermingled with the Trump leaked tape scandal that broke two days earlier."

Few better demonstrate the faultiness of post-debate focus groups and unscientific speed-polling than Republican pollster Frank Luntz, who found that Donald Trump was so effective that five people materialized just to support him.