Billy Bush likely out at "Today": Reports say suspension over lewd Donald Trump conversation about to be permanent 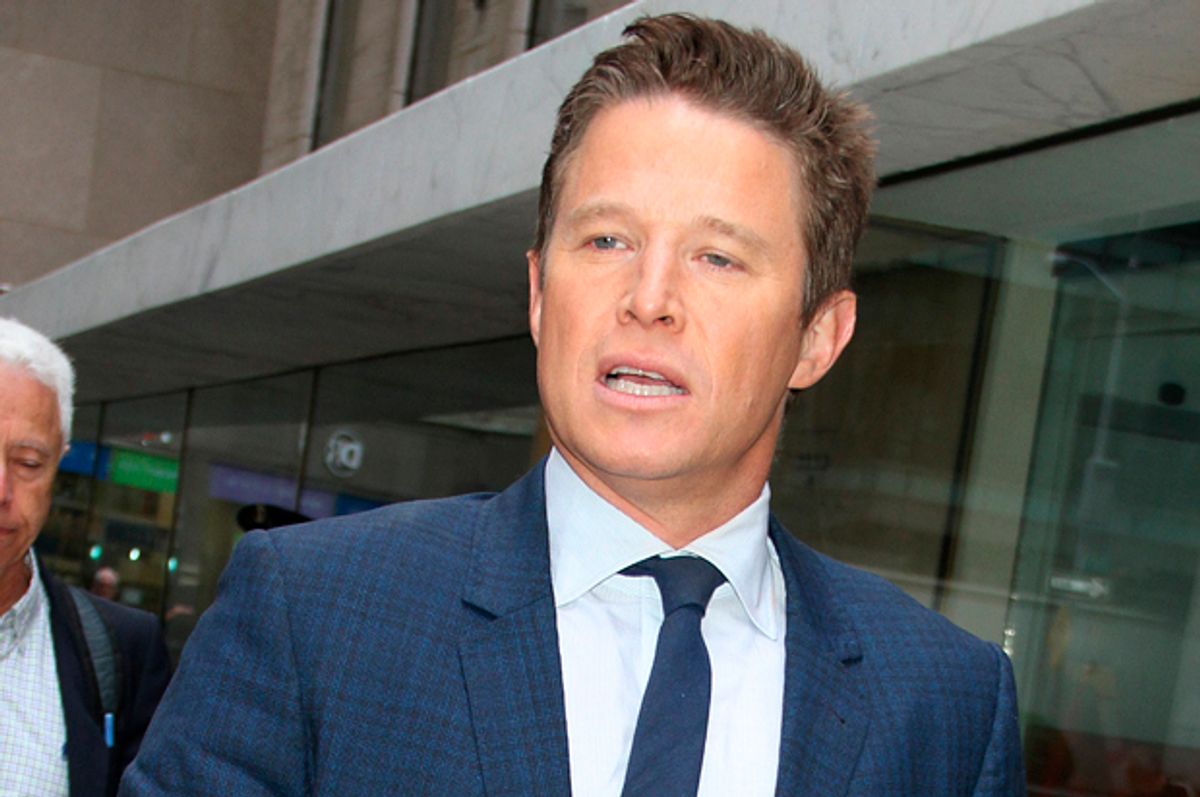 According to a new report, it seems as if Billy Bush’s suspension from “Today” is likely to be permanent. According to the Hollywood Reporter, Bush and the network are negotiating his exit, which could be official as early as this week.

Bush's ouster from the show doesn’t come as a huge shock, since there was already talk of a mutiny from NBC employees outraged over how he conducted himself during a now-infamous episode on the "Access Hollywood" set. Donald Trump may have been the one bragging about sexually assaulting women on video, but Bush’s fawning admiration and frat-boy camaraderie were pretty repulsive in their own right.

Ironically, Bush had reportedly bragged about the existence of this tape to network colleagues while in Rio covering the Olympic Games this summer, even though he apparently didn’t disclose its existence when joining “Today.” An unnamed NBC insider tells Page Six this almost certainly constitutes a violation of the “morality clause” of his contract with the network, especially since Bush’s brags apparently focused on how he had caught Trump “being a real dog.” That was what prompted "Access Hollywood" to seek out the footage in the first place.

It’s often mentioned as a fun fact that Billy Bush is a cousin of former Florida Gov. Jeb Bush, whom Trump bested in the Republican presidential primaries earlier this year. While Jeb may have been humiliated by Trump at the ballot box, though, his cousin’s disgrace is far deeper. He wasn’t merely defeated by Trump; Billy Bush allowed Donald to drag him down to his level.