Fascinating world views from Lenin's Mausoleum in Moscow to a lioness cub in Jerash, Jordan 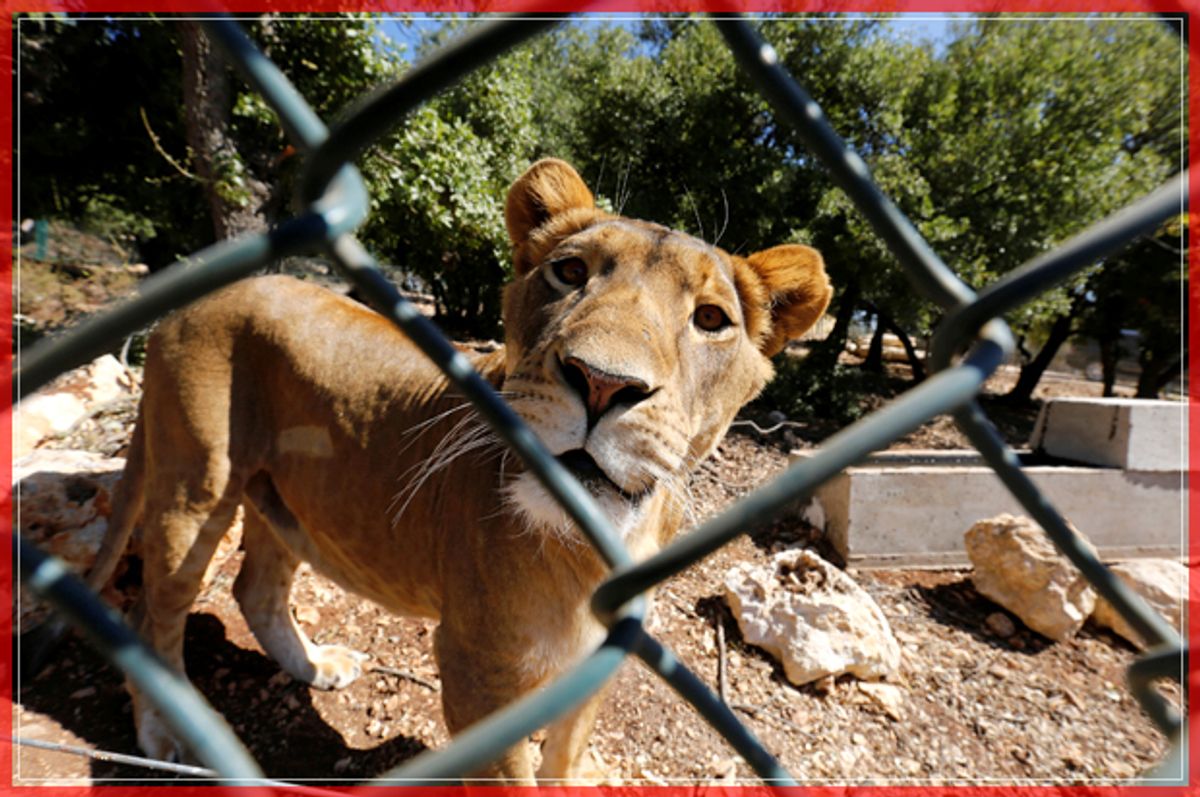 A lioness looks to the camera at the newly-established Al Ma'wa wildlife reserve, which hosts 10 different kinds of animals, in the northern town of Jerash, Jordan October 10, 2016. REUTERS/Muhammad Hamed - RTSRMCG (Reuters)
-- One wonders how it feels to be a kid and enter the dark corridors of Lenin's Mausoleum. What does communism mean in the mind of a child? Probably something much brighter than those chambers. In a world of pervy Donald Trumps and deadly airstrikes, photos like this welcome a kind of solace. This lioness, who just moved into a newly established wildlife reserve, is just happy to roam in the great outdoors. She's not bogged down by all the human bullshit in the world — lucky her. I wonder if she knows Simba. Here’s hoping that Miss Costa Rica will be a guest judge on RuPaul’s Drag Race season 10 because this girl knows how to slay a runway lewk. I can hear Michelle Visage gagging over this birds-of-paradise meets Showgirls extravaganza as we speak. Environmentally minded and a lover of abstract art? A view of mixed media is on offer at the Guy Dauphin Environnement recycling plant in Rocquancourt, France. But don't expect the exact same view each day; things are in a dynamic flux at this facility.