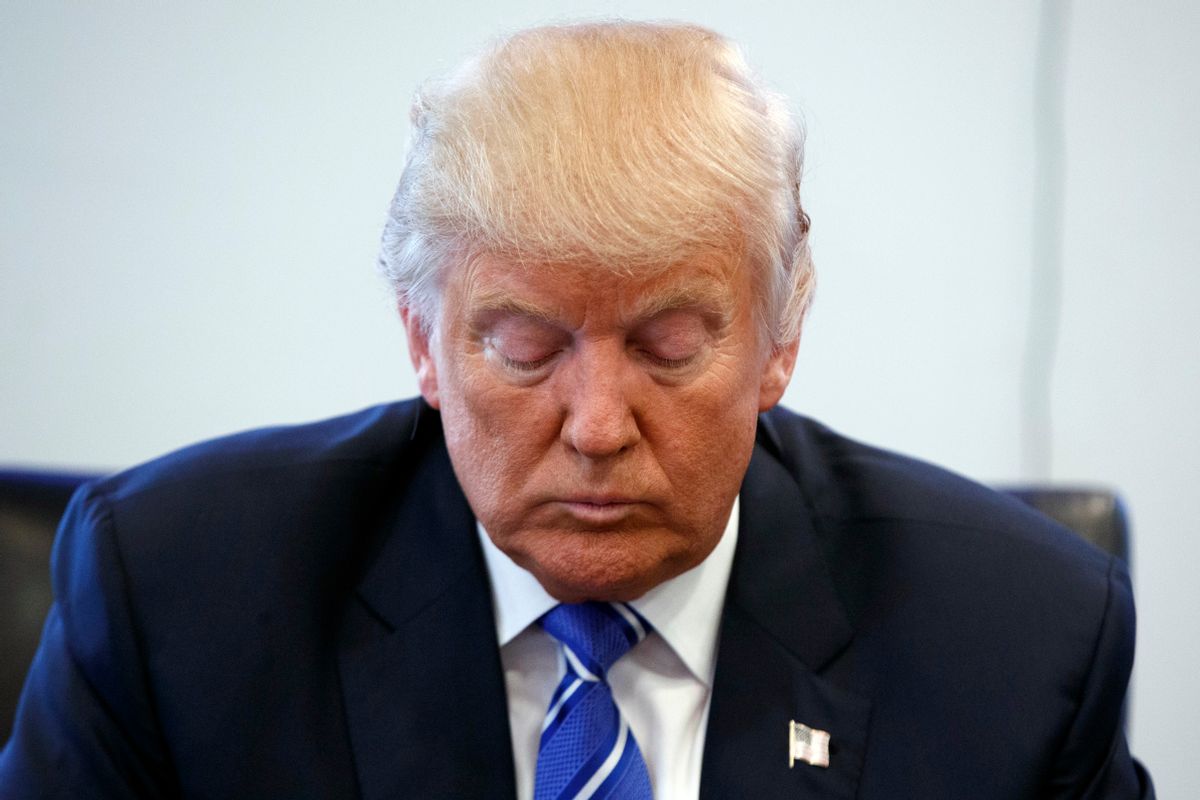 Donald Trump, fresh off his declaration of war against House Speaker Paul Ryan and the inner workings of the Republican Party, went on to declare his independence using some bold words.

He may have wanted to use some other words instead.

For Donald Trump, a rich, white cis-gendered “billionaire,” using a term long held by the African-American community is yet another sign that he either has no idea how to connect with them on a human level or he’s blowing the loudest dog whistle imaginable. But he’s no stranger to this.

In the last presidential debate, he slipped into his old habit of using the demeaning article “the” when referring to African Americans (i.e., “the African-Americans”), a pattern which he also followed when talking about Latinos.

Earlier this year, he infamously referred to a black supporter at one of his political rallies as “my African-American.”

Then again, that isn’t half as bad as Trump using the term “inner city” interchangeably with African-American, as he also did during the debate or using that forum to insist Muslim Americans should report on one another.

But sure, a man running for president of the United States can keep saying that he’s somehow the victim here.